In 1692, court cases were likely heard in Sparks’ Tavern on Meetinghouse Green.

More About Ipswich Court in 1692, Site of

In the seventeenth century, Ipswich was the location of one of four quarterly courts in Massachusetts Bay Colony. There was no actual court house building at that time. Sessions were held, instead, in ordinaries or taverns. In 1692, it is thought that cases were heard at Sparks’ Tavern on Meetinghouse Green.

In a fascinating chapter titled “Laws and Courts” in Ipswich historian Thomas Franklin Waters’ 1905 work Ipswich in the Massachusetts Bay Colony, he explains the creation of these courts. “The Governor and his Assistants, in 1636, to secure the dispatch of public business, ordered four Courts to be held every quarter. One of these Courts was to hold its session in Ipswich and include Newbury within its jurisdiction. It was to be known as the Quarter Sessions Court, and it was provided that the magistrates, who lived in the vicinity, should sit as judges.”

Waters details some of the offenses of the day, among them: missing weekly meeting; speaking against the church or ministers; causing a public disturbance during church services; having too much “excess of apparel” (for example, wearing lace, silk, or ribbons or, for the men, wearing long hair); overcharging in mercantile transactions; public drunkenness; using tobacco; and lying. Some of the worst punishments were meted out to Quakers, “that cursed set of Heretics.” Says Waters of a law enacted in 1656, “Any individual of that sect was to be committed at once to the House of Correction, to be severely whipped on his or her entrance, and kept constantly at work, and none were suffered to speak with them. The next year, it was ordered that any Quaker, coming again into this jurisdiction, should have one of his ears cut off; for another offense, he should lose the other ear, and every Quaker woman should be severely whipped; for a third offense, the tongue should be bored through with a hot iron.”

Punishment for crimes in Ipswich included time in the stocks, fines, imprisonment, and being forced to stand in public, pinned with a sign describing one’s offense, and even time on a ducking stool. From Waters, “Elizabeth Fanning, wife of William Fanning of Newbury, being proved to be a common scold was sentenced ‘to be sett in a ducking stool and dipt over head and ears three times in some convenient place in ye river at Newbury on ye next lecture-day after lecture.’”

One notable examination of an accused witch that took place in Ipswich during the trials of 1692 was that of Rachel (Haffield) Clinton (alternately spelled Clenton), then living in the Chebacco Parish section of town (today known as Essex). In his book Entertaining Satan: Witchcraft and the Culture of Early New England, author and historian John Demos offers a detailed account of Clinton’s life.

Rachel Haffield was raised in a wealthy, if turbulent household, with siblings from her father’s two marriages, a mother later declared insane, and slowly declining fortunes after the death of her father in 1639. Fifty years of legal wrangling followed his death, including legal trouble when Rachel began a relationship with Robert Cross’s servant, Lawrence Clinton, in 1665. She apparently paid for Clinton’s “freedom” with her own money, although the legal ownership of this money was later questioned in court. Rachel ended up marrying Clinton, more than a decade her junior, when she was 36 years old. Fearing that Rachel and her new husband would get control of the Haffield estate, Rachel’s brother-in-law managed to wrest control of it and sold the family home she’d been living in, with her troubled mother, right out from under her. Lawrence Clinton turned out to be a bad choice as a partner – he had liaisons with other women (“he was found guilty of both fornication and rape,” according to historian Marilynne Roach), refused to pay for Rachel’s maintenance, and eventually abandoned her. She was finally granted a divorce, after petitioning the court repeatedly, in October of 1681.

By 1692 Rachel was sixty-three years old, alone, and destitute. Like Sarah Good, Rachel’s reduced circumstances had turned her into an angry and sullen beggar who made her neighbors uncomfortable. She had been suspected of witchcraft for at least a decade; three of her neighbors testified against her at her March 30 examination. She was said to have caused the death of a neighborhood girl (who turned out to have only fainted), and had once changed into the form of a cat, then a dog, and then a turtle. On another occasion, a neighbor testified, she mysteriously emptied a beer barrel by simply walking back and forth in front of the house where she’d had an altercation with the barrel’s owner.

Clinton remained in Ipswich jail, in fetters, from April until January of 1693, when an unknown person paid her jail fees and she was released. She lived out the few remaining years of her life alone, in a small house on Hog Island (today Choate Island).

Among the other official business likely carried out at Sparks’ Tavern were two cases in late September, 1692: that of John Shepherd, fined for helping his sister-in-law Mary Green to escape from jail; and the temporary placement of the young Wardwell children into the homes of “good and honest families.” Their father Samuel Wardwell had been executed for witchcraft a week earlier, while their mother Sarah was still in jail. Sarah was eventually convicted of witchcraft on January 10, 1693, but ultimately pardoned by Governor William Phips.

6-8 North Main Street. Private Residence. Not Open to the Public. According to the Historic Ipswich website, the left side of the building was constructed as early as 1671, and was likely the home of John and Mary Sparks. 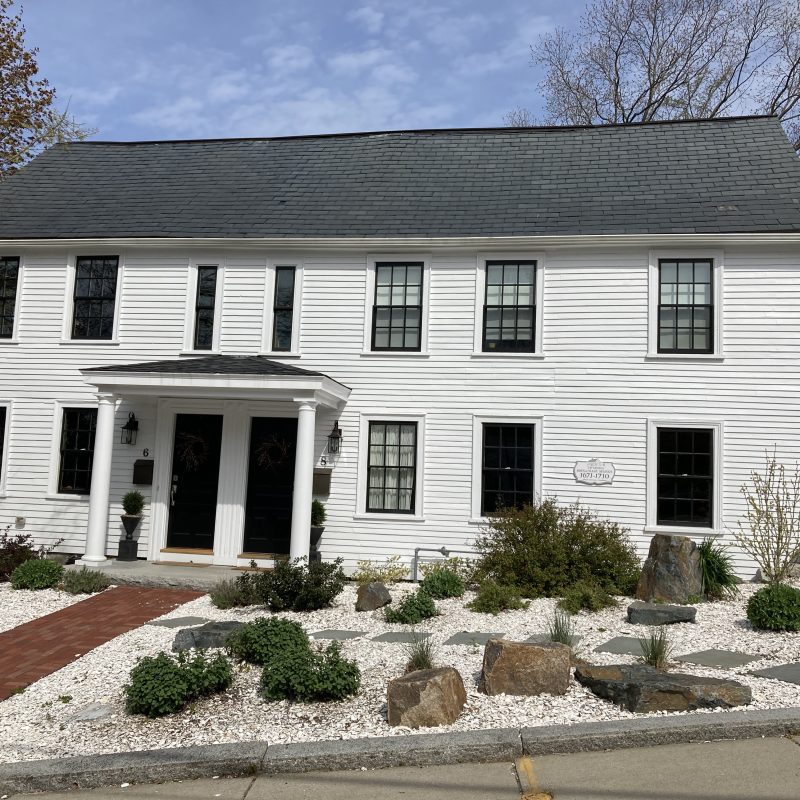 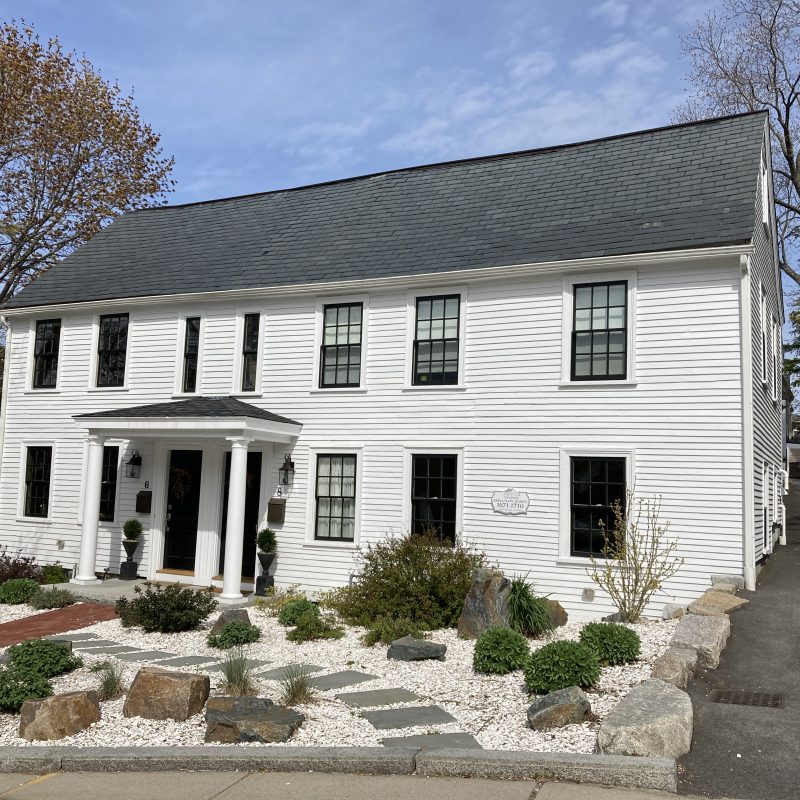 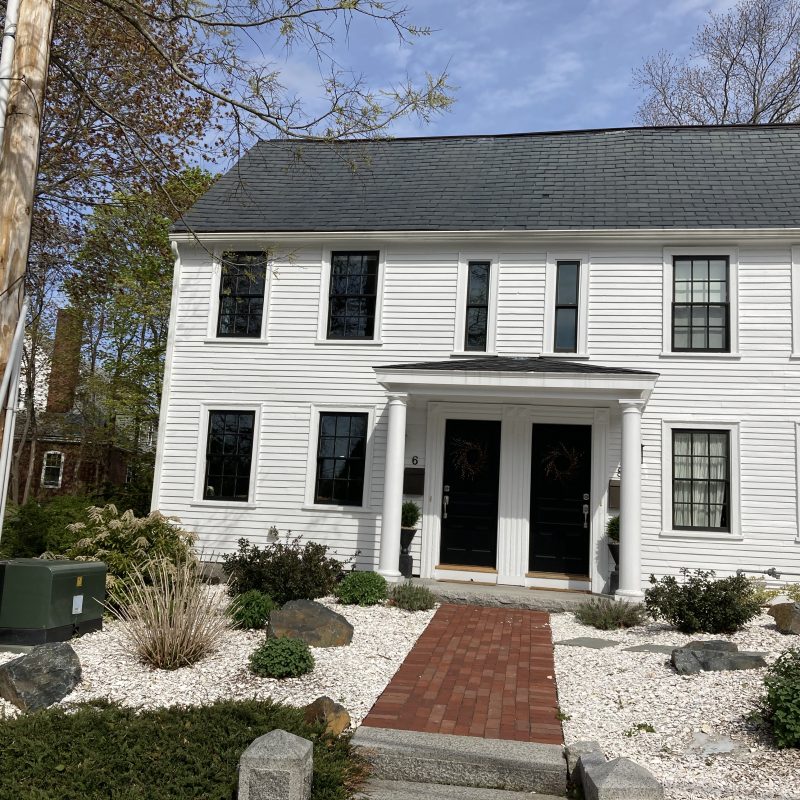 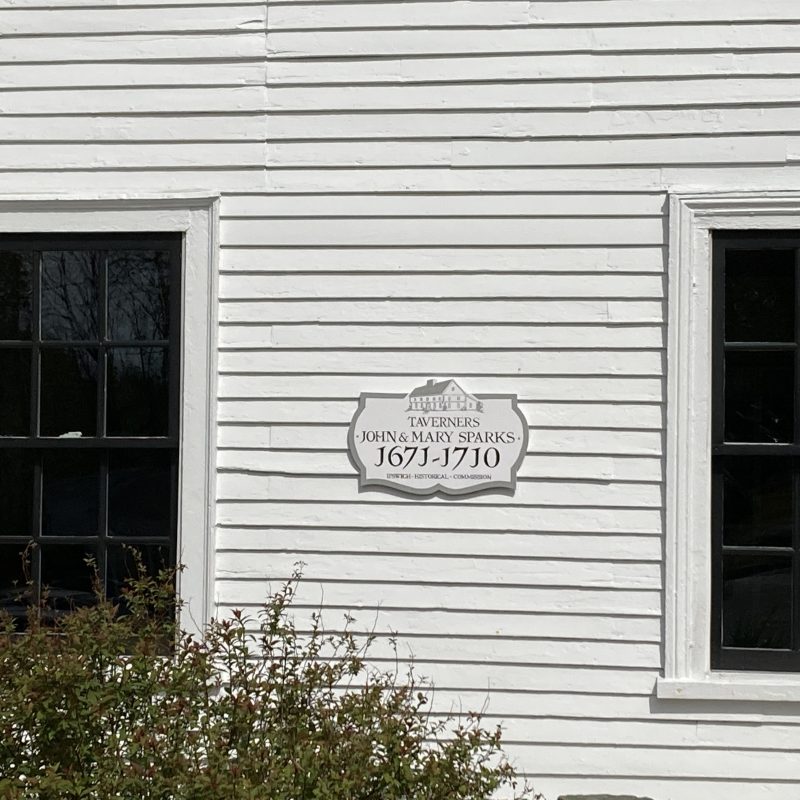