The first three meeting houses of Rowley stood near the intersection of Central Street and Wethersfield Street.

Near the intersection of Central Street and Wethersfield Street (in front of the Rowley Town Building Department) is a plaque that marks the location of Rowley’s first three meeting houses, built in 1639, 1697, and 1749.

According to the First Congregational Church of Rowley website, “The original church building was dedicated December 3, 1639. The town itself was incorporated in the seventh month, the fourth day in 1639 [in 1639, that would have been September 4, 1639, since March was considered the first month]. Just as soon as temporary shelters were built the church building was erected at the intersection of Central Street (then Holmes Street) and Wethersfield Street. It was a simple frame structure. The timbers were hewn by hand and fastened together with wooden pins, the boards laboriously sawed by hand in the saw-pits and nailed to the frame with handwrought nails. It had a gallery and glass in the windows.”

During the witchcraft trials, Reverend Samuel Phillips testified that he visited the afflicted Hannah Perley in neighboring Ipswich as she cried out that it was Goody How who tormented her. He also reprimanded Hannah and her brother Samuel when he witnessed them crying out, “Say Goodwife How is a witch! Say she is a witch!” Reverend Edward Payson is also mentioned in connection to the witchcraft delusion of 1692: one of Margaret Scott’s accusers was nineteen-year-old Mary Daniels, who may have been a servant in Payson’s home.

There is a memorial in the Rowley Burying Ground on Main Street a short distance away, erected in 1851, that pays tribute to Rowley’s earliest ministers. Their remains are in the cemetery.

Today, the First Congregational Church of Rowley is located on Main Street (Route 1A) at the intersection of Hammond Street. The weathervane on the steeple dates to 1770.

For more information about the history of the First Congregational Church of Rowley please visit their website: https://www.firstchurchrowley.org/about/who-we-are/history-2/

A memorial to Rowley's first ministers was erected in 1851 in the Rowley Burying Ground.

Today the First Congregational Church in Rowley stands on Route 1A.

The church weathervane dates to 1770. 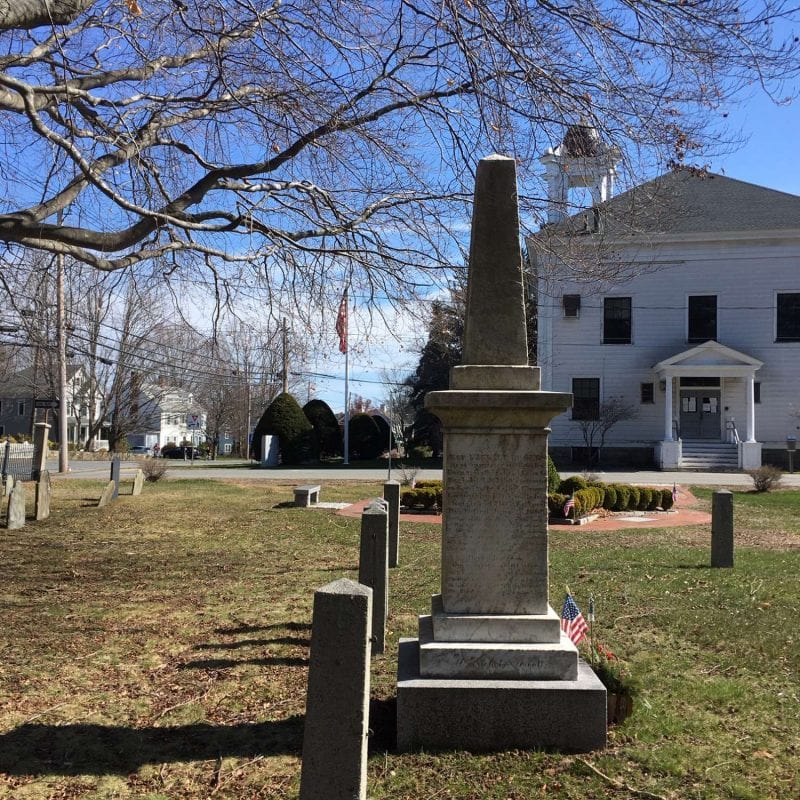 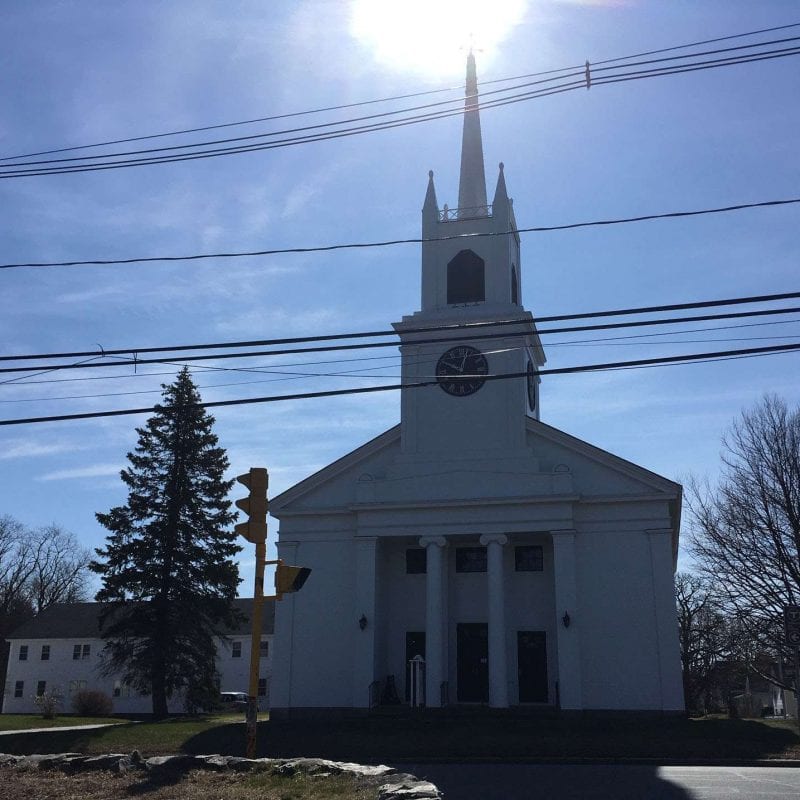 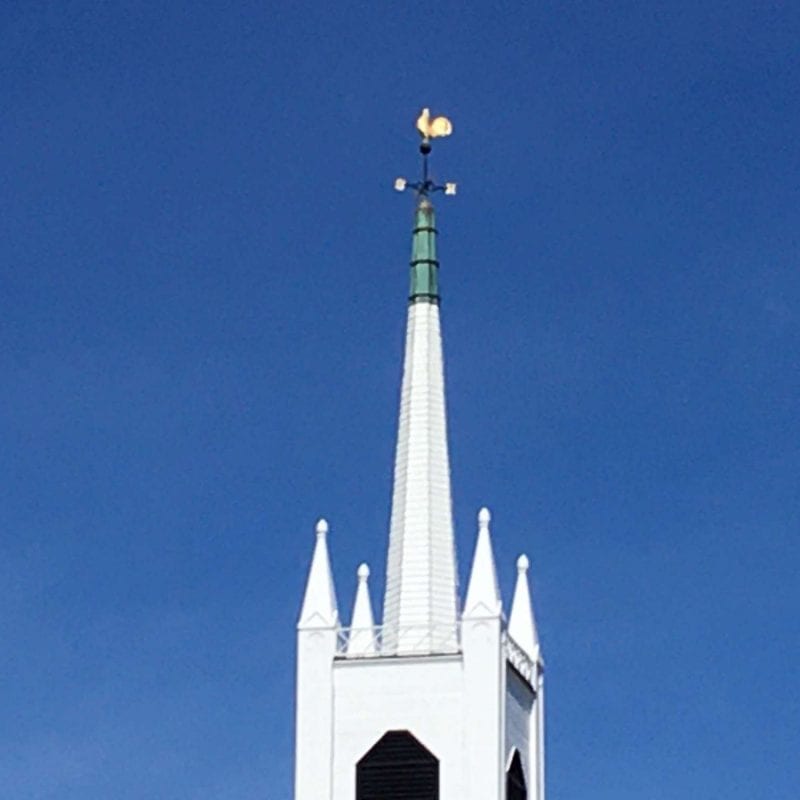