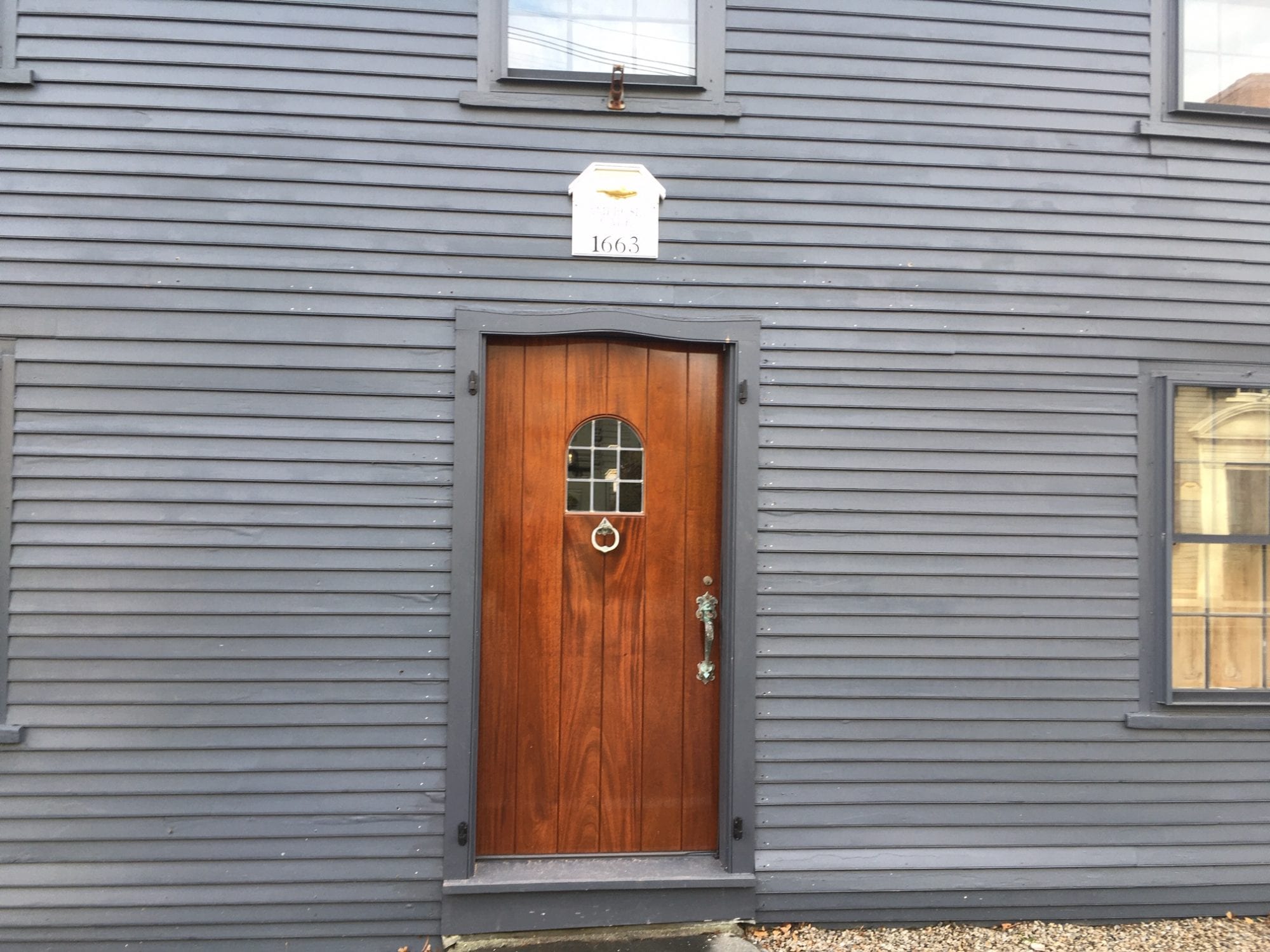 Ambrose Gale lived here in 1692. Gale, his daughter, Charity (Gale) Pitman, and Sarah Doddy testified against Wilmott Redd, the only Marblehead woman to be hanged for witchcraft in 1692. Today the house is privately owned.

The oldest house standing in Marblehead today was built for fisherman Ambrose Gale in 1663.  Gale was a leader in the community, a town selectman, landowner, and early member of the Marblehead church.

Gale and his widowed daughter Charity Pitman testified against the only Marblehead woman to be accused of witchcraft in 1692, Wilmott Redd. They were two of the three witnesses who appeared, despite a longer list of witnesses being called (some of whom were away at sea). Both confirmed a five-year-old story about Redd and how she had cursed a Mrs. Syms with “dry belly ache,” or constipation.

Their testimony contributed to Redd’s execution on September 22, 1692.

Born circa 1631, Ambrose Gale married his first wife, Mary Ward, in 1657 and purchased land in Marblehead to build his home in 1663. Mary died in 1694, and the following year, Gale remarried, to Deborah Girdler, the widow of Francis Girdler. Ambrose Gale died in 1708.

Additional note: One of Ambrose Gale’s daughters from his first marriage was Elizabeth, born in 1663. Elizabeth married a man named Thomas Roots (alternate spelling Rootes) in 1680. By 1683, Ambrose was looking after the finances of Elizabeth’s widowed mother-in-law, the frail and aging Susannah Roots of Beverly.  In 1692, Susannah Roots, now almost 70, was accused of witchcraft and jailed in Boston. Why was she targeted? Twenty-four years earlier, her husband Josiah accused neighbors of stealing – this was the infamous Beverly case involving the burglary ring led by Dorcas Hoar – and Susannah testified on her husband’s behalf. They specifically testified against Dorcas’s children, William and Elizabeth Hoar. Were the Hoars now exacting revenge? It is impossible to know. The only recorded testimony accuses Roots of “absenting herself from family prayer” and describes her as a “bad woman.”  She was arrested on May 21 but due to lack of evidence, was released from jail. She died less than a month after her release, in June of 1692.

17 Franklin Street. Private residence. Not open to the public.

Built in 1663, the Ambrose Gale House is the oldest house in Marblehead.

The front door of the Ambrose Gale House.

Across Franklin Street is the home of Ambrose Gale's nephew, Azor Gale. 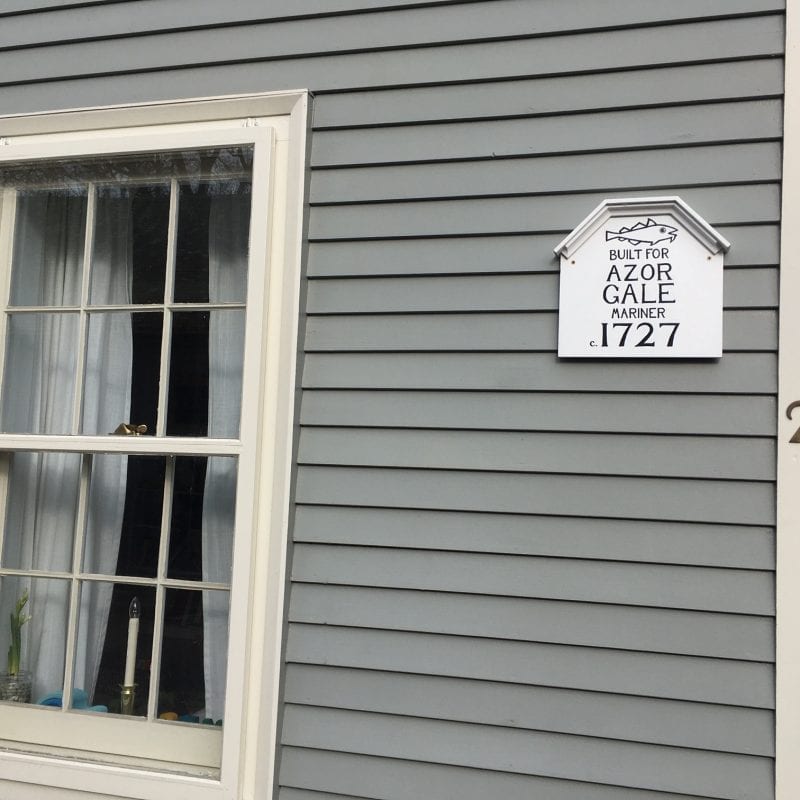