Adjacent to the First Burial Ground is where the meeting house in 1692 likely stood.

In 1692, the meeting house was the site of the infamous “touch test.” It was believed that an afflicted person would be “cured” if she or he touched a “witch.” The evil, it was thought, would flow back into its source. The touch test had been used in Salem examinations since May, but on September 7, all of Andover’s accused and afflicted were gathered together at the meeting house. The accused “witches” were blindfolded and were led to the afflicted girls. If the afflictions ceased after the touch of one of the accused it was believed a witch had been identified. By the time the touch test was over, all of the accused women and men, at least seventeen people, had been confirmed as witches. Among them were Deliverance Dane, daughter-in-law of Reverend Francis Dane; Rebecca Johnson Sr. and Rebecca Johnson Jr.; Abigail Barker; Mary Osgood; three Tyler children under the age of fifteen; two Faulkner children, granddaughters of Reverend Francis Dane, aged twelve and nine; and Henry Salter, who, through his son Richard, was a direct ancestor of Abraham Lincoln.

Andover’s justice of the peace, Dudley Bradstreet, issued the warrant that led to their arrests and transport to Salem for examination and imprisonment. Several accused were encouraged to confess to witchcraft by their family members – by this time it was thought it was the only way to avoid execution. Later, six of the women who did confess described their ordeal, saying their confession “was no other than what was suggested to us by some gentlemen, they telling us that we were witches, and they knew it, and we knew it, which made us think that it was so … also the hard measures they used with us rendered us incapable of making our defense, but said anything and everything which they desired, and most of what we said, was but, in effect, a consenting to what they said.” None of the people accused on this day in Andover were executed for witchcraft.

In Chapter VI of Sarah Loring Bailey’s Historical Sketches of Andover, published in 1880, one can find interesting information about the town’s churches, ministers, and burial grounds. The church at Andover was organized in 1645. The ten original members were: John Woodbridge (ordained minister of Andover), John Osgood, Robert Barnard (no relation to Reverend Thomas Barnard, who arrived in 1682), John Frye, Nicholas Holt, Richard Barker, Joseph Parker and his brother Nathan Parker (husband of Mary Ayer Parker, hanged for witchcraft in 1692), Richard Blake, and Edmond Faulkner.

The records reveal some interesting legislation around the time of the witch hysteria, including this text regarding “young persons” from March 1692: “And whereas there is grievous complaints of great prophaneness of the Sabbath, both in the time of exercise, at noon time, to the great dishonor of god, scandal of religion, & the grief of many serious Christians, by young persons, we order and require the tything men and constables to take care to prevent such great and shameful miscarriages, which are so much observed and complained of.”

In May of 1707, Andover voted to build a new meeting house, the town’s third. In January of 1709, the General Court, agreeing with a petition from the South End, divided the town into two precincts, each to have its own meeting house. A new North Parish meeting house was built in 1709 and stood until 1733. The final vote for its location was “at the apel tree in Joseph Parker senior his land whear the Bulk of the Timber lyeth for sd meeting-house.” According to Bailey’s 1880 book, this was “near the site of the present Unitarian Church.”

Another view where Court Street intersects Academy Road, thought to be the location of the second meeting house. This part of Academy Road probably did not exist in 1692.

Another view of the site. On the other side of the wall in the distance is the First Burial Ground.

Was this the original entrance of the burial ground?

This may have been where the first meeting house stood, just inside the original entrance to the burial ground.

The North Parish Church building that stands today, down the hill from the original meeting house site, was built in 1836.

A memorial to Edmond Faulkner, original settler and patriarch of the Faulkner family, stands in the First Burial Ground in North Andover, MA. 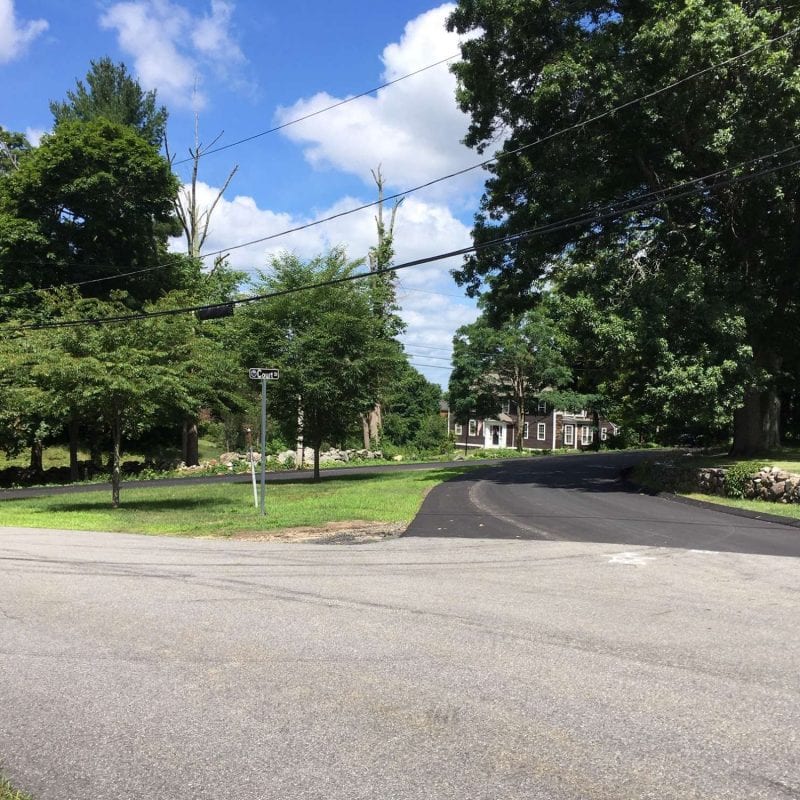 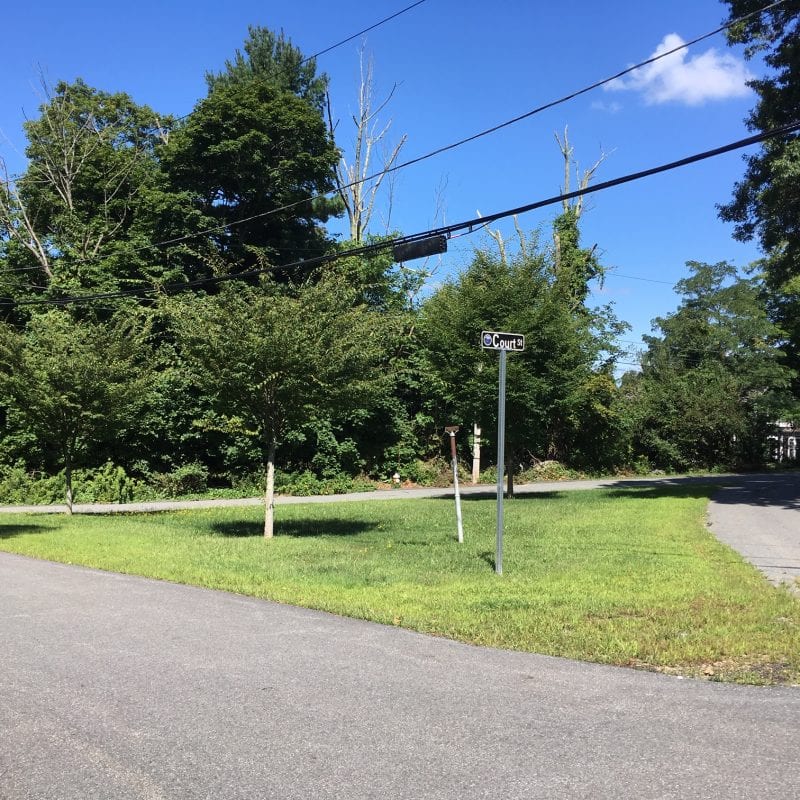 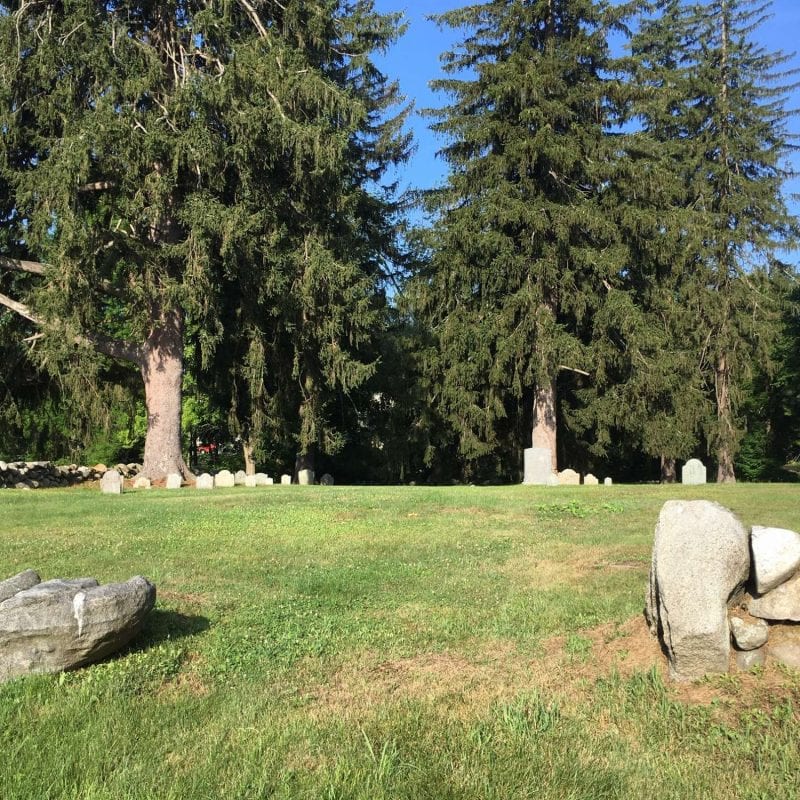 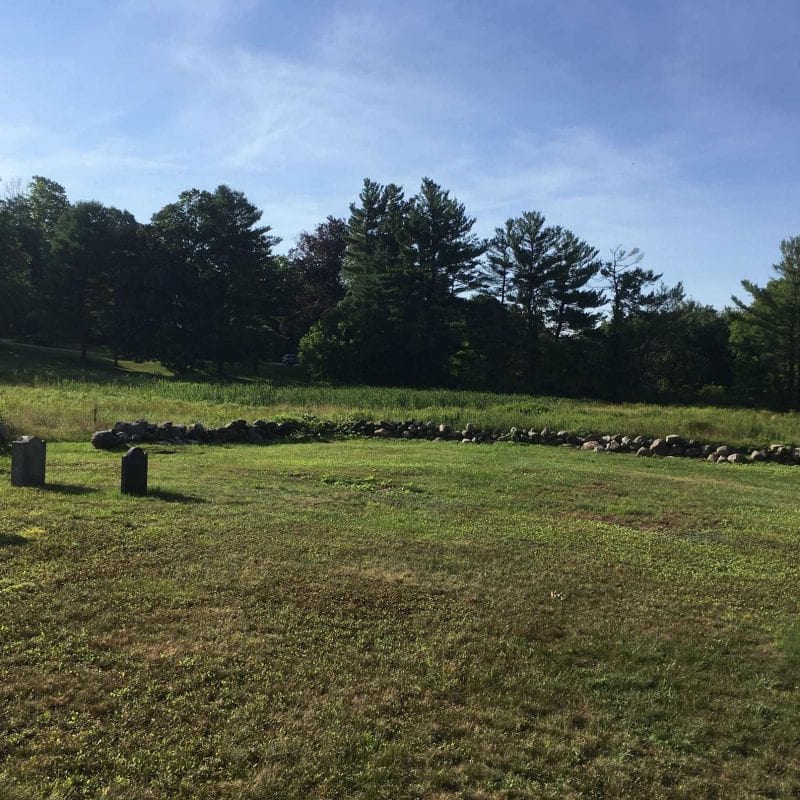 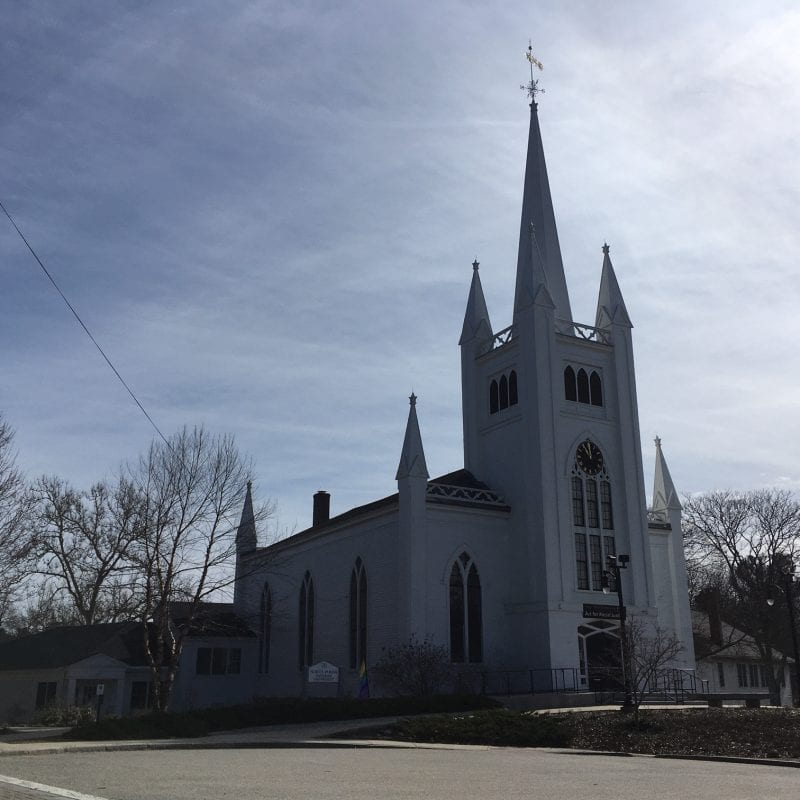 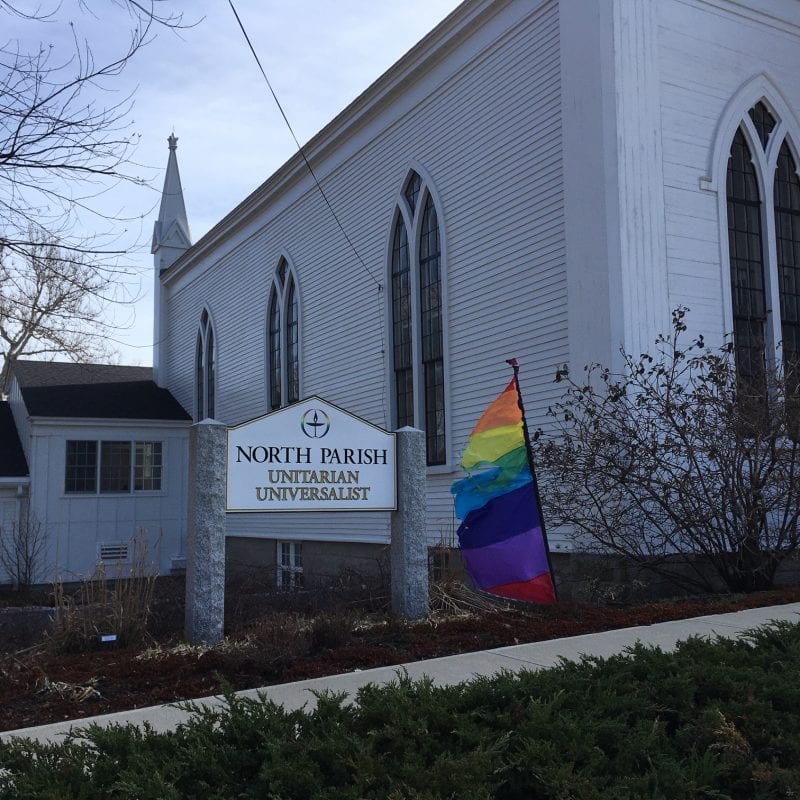