On May 12, 1692 accuser-turned accused Mary Warren was questioned by the magistrates in Salem jail, during which she named the wealthy 70-year-old widow Ann Pudeator as a user of witchcraft.  Observing the Warren examination were the Reverends Higginson of Salem and Hale of Beverly. Warren claimed that Pudeator‘s specter had given her poppets in jail, telling her to torment Mercy Lewis and Mary Walcott. She claimed Pudeator had killed her two husbands, had thrown John Turner from a cherry tree, and had tried, together with Reverend George Burroughs, to bewitch the magistrates’ horses to prevent their reaching court in Salem Village. Arrested immediately at her home just a short distance from Reverend Higginson’s home, Pudeator was held in Boston jail.

35 Washington Square North. Private residence. Not open to the public.

Pudeator’s home was at the corner of Winter Street, just a short walk from the home of Reverend John Higginson.

On July 2, Ann Pudeator was questioned again, this time in Beadle’s Tavern in Salem Town. Sarah Churchill claimed Pudeator’s specter had asked her to sign the Devil’s book. Neighbor Jeremiah Neal, a constable, claimed Pudeator had caused the death of his wife. Pudeator was questioned about “ointments” that had been seen in her home when she was arrested – she claimed they were grease for making soap. She was made to perform the “touch test,” to relieve the torments of Mary Warren, Ann Putnam Jr., and Sarah Bibber. Again, Pudeator was held for trial.

A Grand Jury heard testimony against Pudeator in Salem Town in early September. Her past history was on display. Her first husband was Thomas Greenslett (alternate spellings Greenslet, Greenslit, and Greenslade). The couple lived together in Falmouth, Maine, where they had five children. Relocating to Salem, Thomas Greenslett died, and his widow appears to have worked as a midwife and nurse. She was hired by successful blacksmith Jacob Pudeator to look after his wife in her last days. Isabel Pudeator was a drunkard and was described as delirious and out-of-control at the end. She died suddenly in 1676 under what was thought to be mysterious circumstances. Both her husband and hired nurse were present at her death. Could they have had something to do with her demise? The case went before the court in 1680, but nothing came of it. To add to neighborhood gossip, widow Greenslett ended up marrying Jacob Pudeator, who was twenty years her junior. He died in 1682, leaving her a widow once more, this time a rather wealthy one. Did she have something to do with his death as well?

There was more testimony. Samuel Pickworth claimed to have seen Pudeator in the shape of a bird fly into her house – while she was in jail. John Best Sr. and his son told of arguments over a cow, and how Pudeator tormented Goody Best, making her black and blue and eventually murdering her. Others told of Pudeator sticking people with pins. Pudeator rebutted these claims, saying, “My life may not be taken away by such false Evidence and witnesses as these be.”

She was wrong. Ann Pudeator was convicted on September 10 and hanged on Proctor’s Ledge at Gallows Hill on September 22, along with Martha Corey, Margaret Scott, Mary Easty, Alice Parker, Wilmot Redd, Samuel Wardwell, and Mary Parker.

Centuries after her execution, following a family effort that lasted some 12 years, Ann Pudeator was exonerated in 1957.

Additional note: One of Ann Pudeator’s children, her son Thomas Greenslett, testified before his mother’s execution about observing Reverend George Burroughs’ feats of strength in Maine. Since his testimony was after the execution of Burroughs, perhaps it was an effort to somehow clear his mother. The effort failed. Son Thomas did not live long. By 1693, his widow Abigail married again, to the widower Thomas Mason, whose deceased wife was Bridget Bishop’s only daughter Christian. 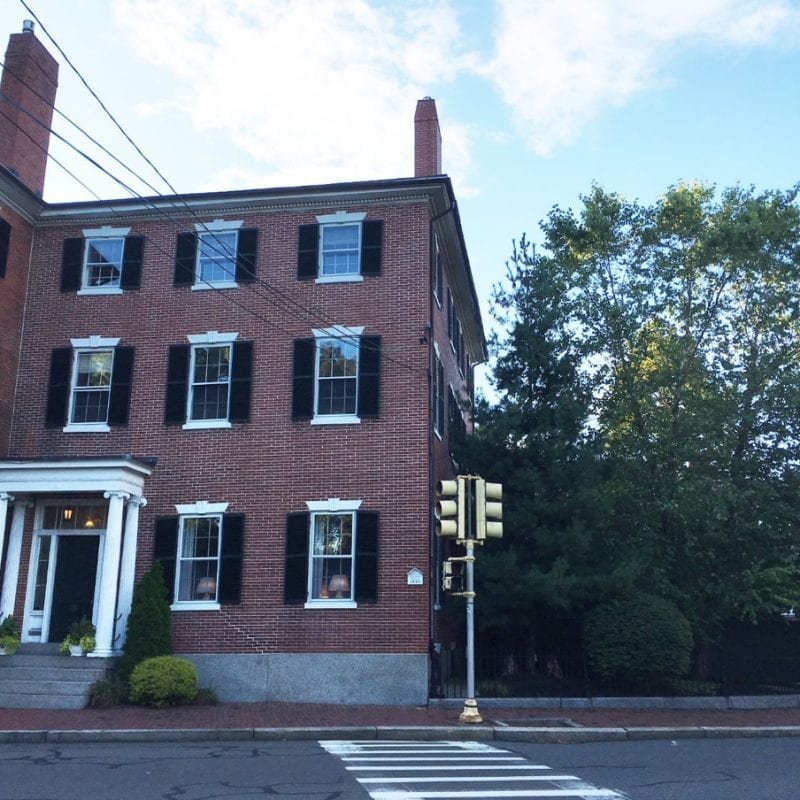