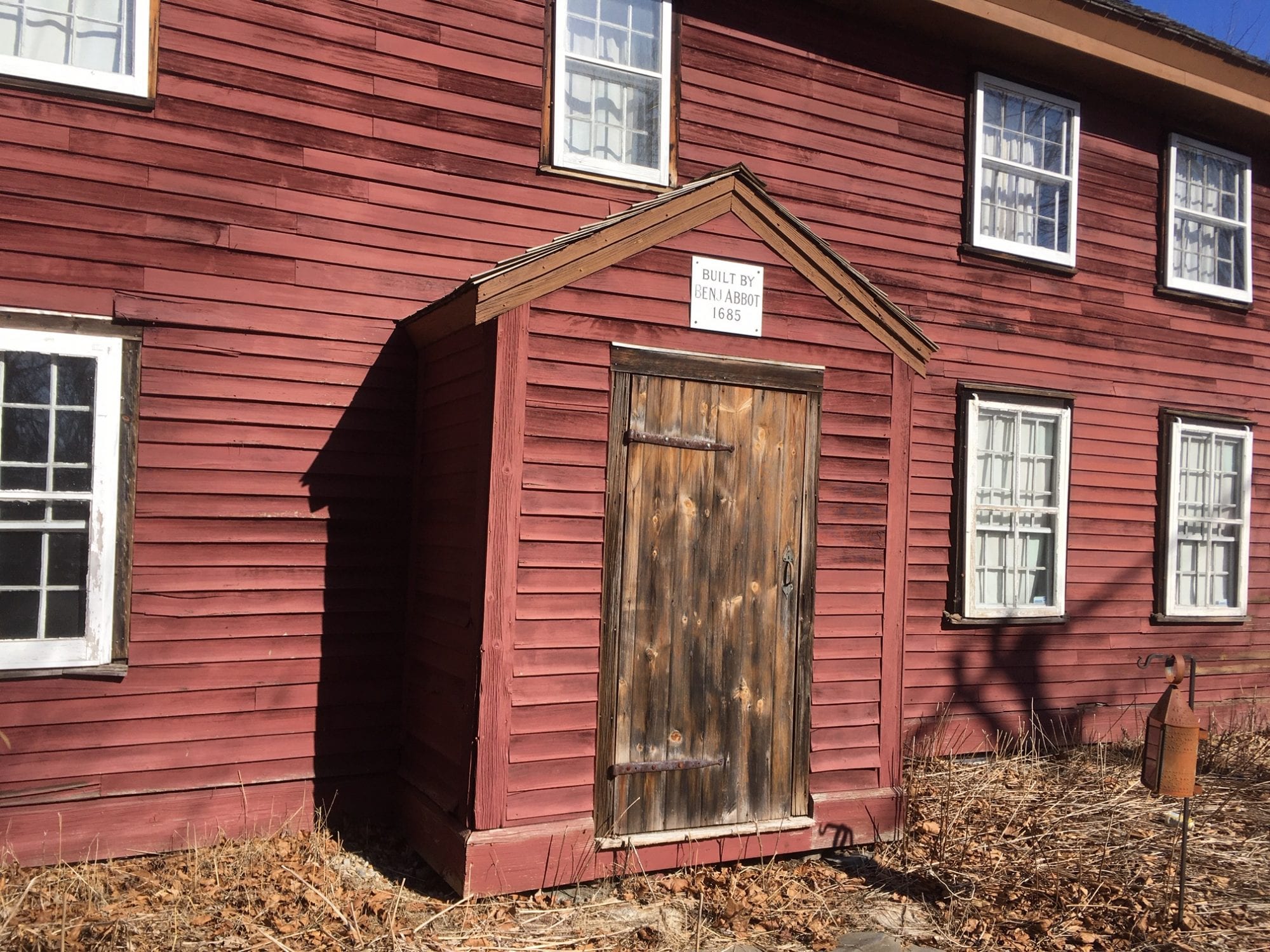 In 1692, Benjamin Abbot accused Martha Carrier of cursing him after a boundary dispute, which led to his own illness and the loss of his cattle.

Benjamin Abbot was about thirty years old when he accused Martha Carrier of witchcraft in 1692. In his testimony, Abbot claimed that after he had been granted a parcel of land near Goodman Carrier in March of 1691, Martha became angry when the border lines were being drawn and cursed him, saying she would “stick to Benjamin Abbot as the bark stuck to the tree” and that any illnesses that befell him could not be cured by Dr. Prescott. Abbot went on to describe ailments that afflicted him after this altercation: a swollen foot and sores in his side and groin. Dr. Prescott was not able to help him. It was only after the arrest of Carrier that Benjamin began to heal. Abbot’s wife Sarah (Farnum) corroborated his story and added that some of their cattle had also been bewitched by Carrier. “Some have died suddenly and strangely,” she said, and “some of the cattle would come out of the woods with their tongues hanging out of their mouths in a strange & affrighting manner.”

Benjamin was the son of George Abbot, one of the “original proprietors of Andover” and his wife, Hannah (Chandler) Abbot, sister of Thomas and William Chandler. Benjamin’s cousin Phebe, daughter of William Chandler, also testified against Carrier. George Abbot died in 1681. Eight years later his widow Hannah married her stepbrother, Reverend Francis Dane, as his third wife. Although Hannah and her two brothers, William and Thomas, would in time all support the innocence of the accused, Hannah’s son Benjamin never changed his feelings about Martha Carrier.

Benjamin married Sarah Farnum in 1685 and built the house that still stands today at 9 Andover Street, near Argilla Road and Central Street. The east room and the loft above are from 1685. The western addition was added in 1725. The rear addition with the slanted roof was added later. According to the present-day owner, the land initially belonged to Simon Bradstreet (the last governor of the Massachusetts Bay Colony) and his wife Anne Bradstreet (the first published writer in the North American colonies). The property eventually came into the hands of George Abbot, and then to his son Benjamin. The farm originally encompassed 75 acres. When the property was sold in 1933, it had been in the Abbott family for nearly 250 years.

9 Andover Street.  Private residence. Not open to the public.

The downstairs front room on the west side of the house.

Proto-Georgian paneling in the east loft room. This may be one of only three examples in America!

A vintage photo of the Benjamin Abbot House. From the collections of the Andover Center for History & Culture. 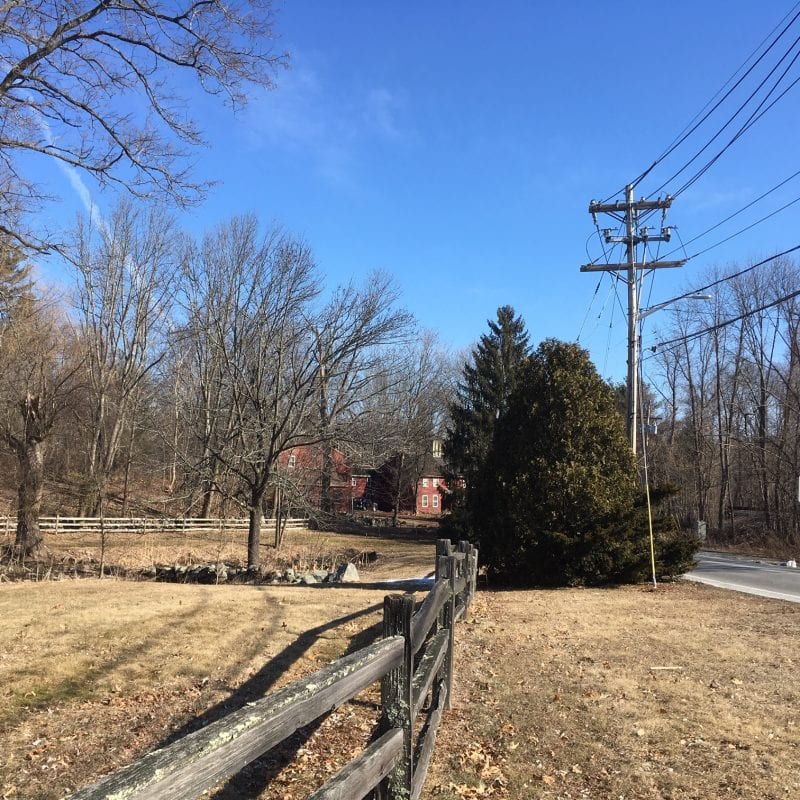 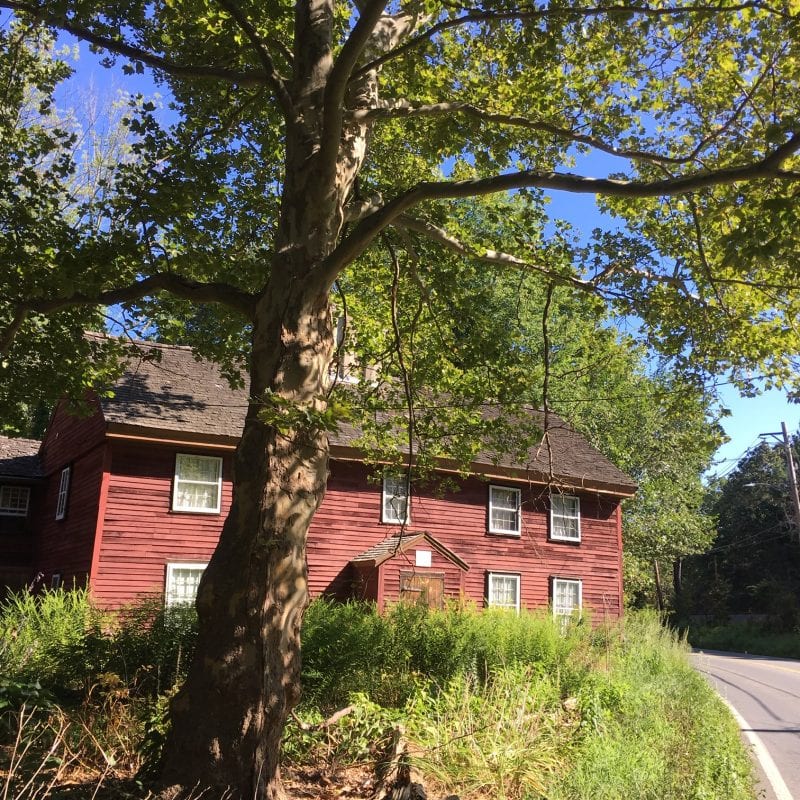 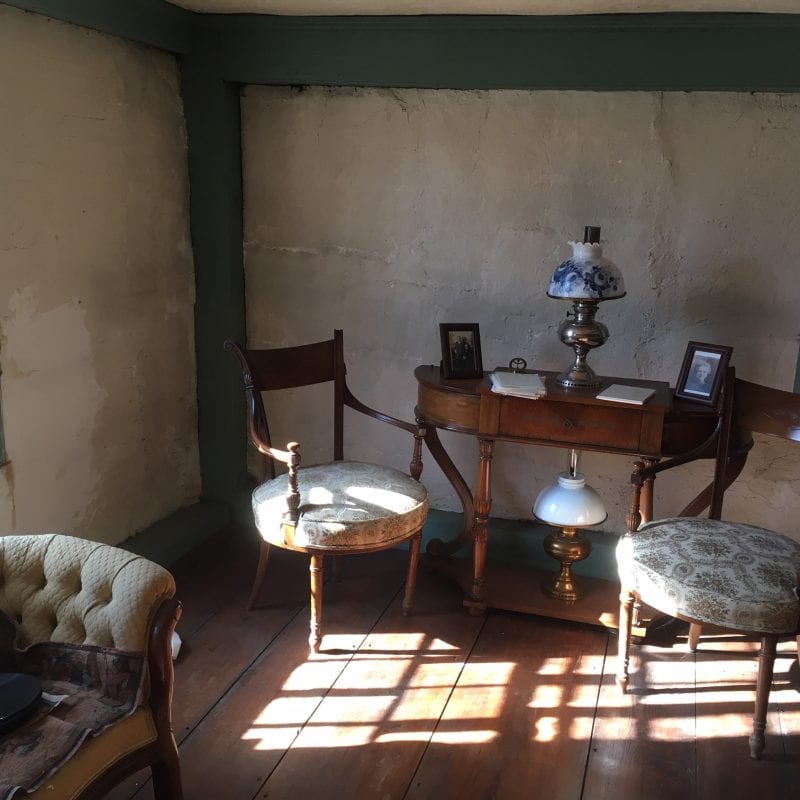 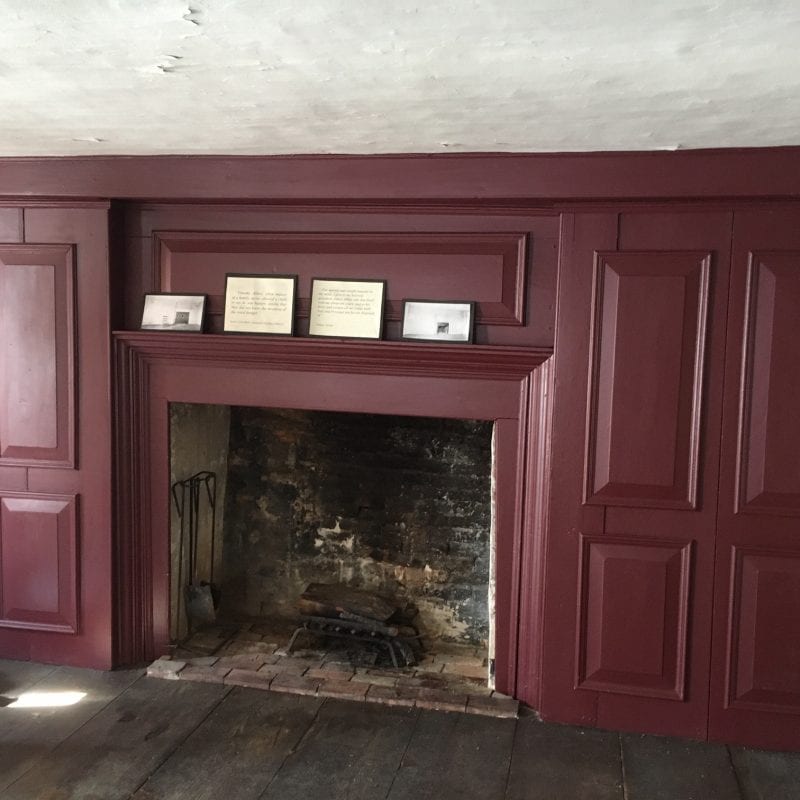 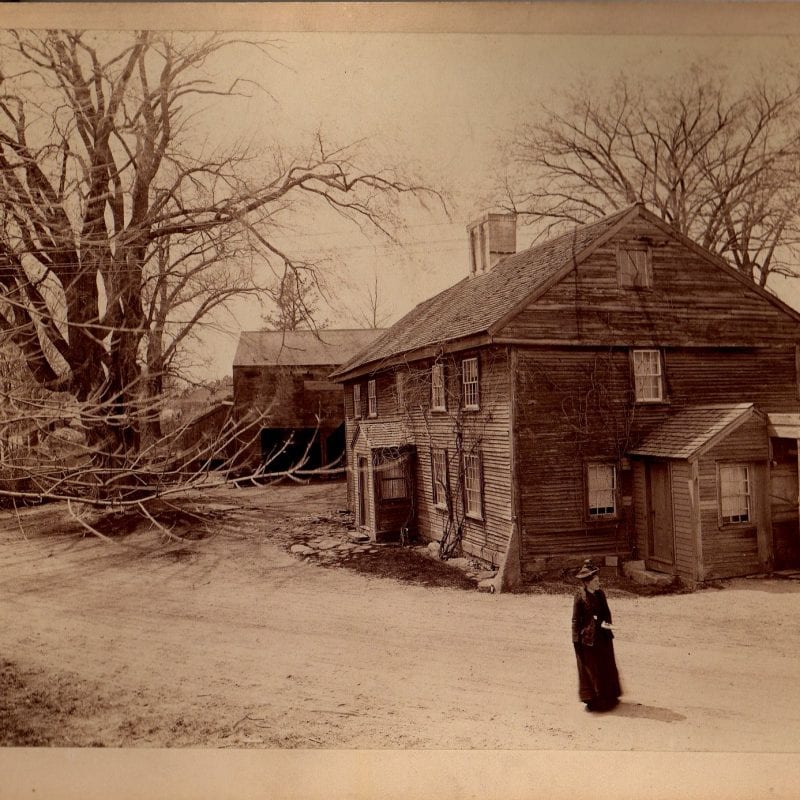