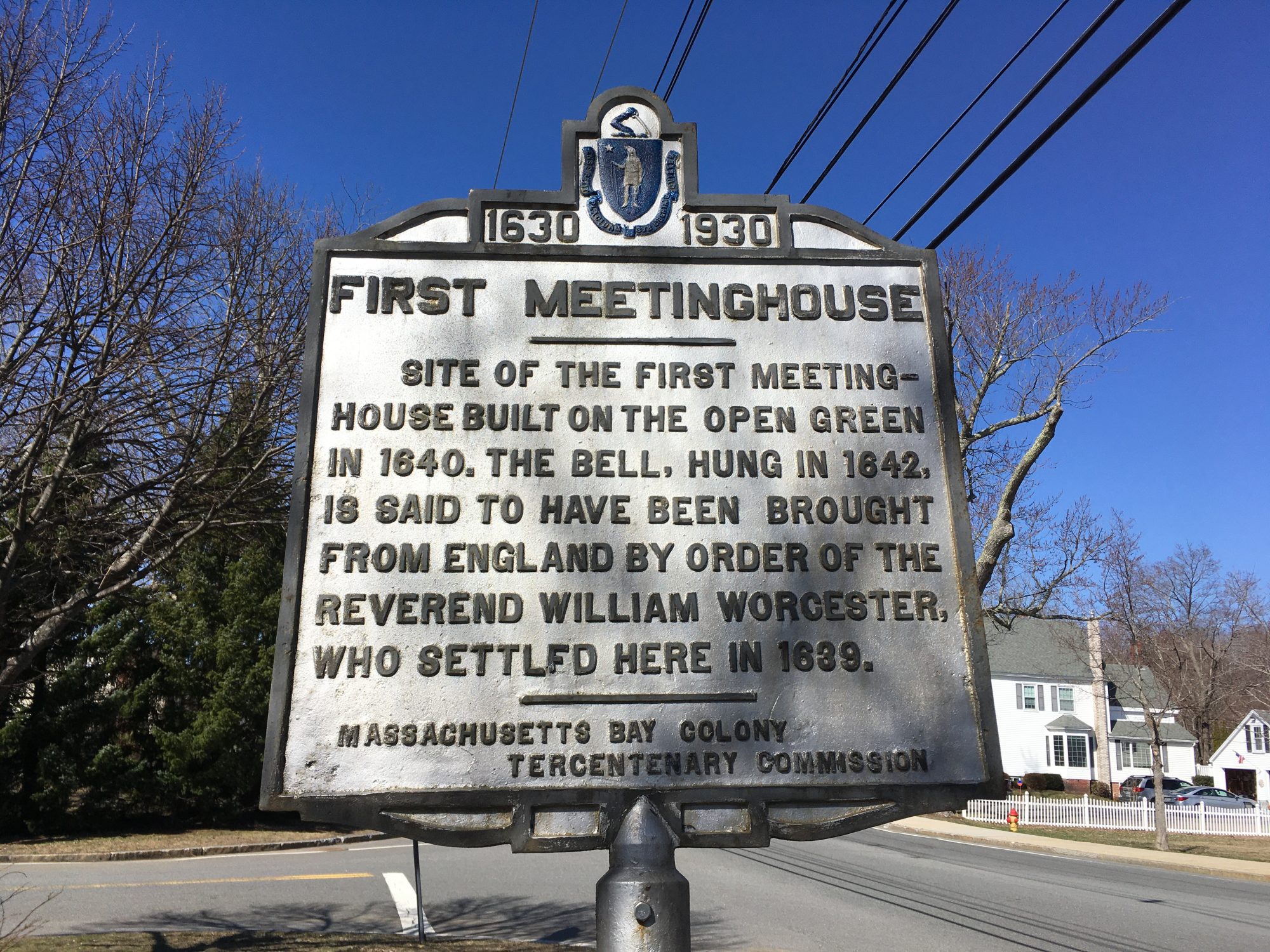 The first meetinghouse in Salisbury was built in 1640.

More About First Meetinghouse, Site of

The first meetinghouse, built in 1640, stood near the intersection of Mudnock Road and Elm Street (Route 110). Reverend William Worcester arrived with the earliest settlers, in 1639, and was the town’s first minister, a position he held until his death in 1662. Cotton Mather called him “…the revered, learned, and holy by whose evangelical ministry the church was illuminated.”

Salisbury’s second minister was John Wheelwright, who led the congregation for more than 15 years, from 1662 until his death in 1679 at the age of 83. Wheelwright was a fascinating figure. He arrived from England in 1636, first settling in Boston. He had studied at Oxford, along with Oliver Cromwell, with whom he maintained a friendship. Known for his bold views and independent thinking, Wheelwright sometimes found himself in dispute with his peers. He was said to agree with the religious views of his sister-in-law, Anne Hutchinson, who was banished from the Massachusetts Bay Colony in 1637 for her beliefs. Wheelwright, too, was banished. In his 1896 talk “Salisbury’s Earliest Settlers,” John Q. Evans said, “Having while at Quincy [MA] preached a sermon and according to the prevalent belief he was adjudged guilty of sedition and banished, and he moved to what is now Exeter, NH. Buying land of the Indians, he was the founder of that town.” In 1642, Wheelwright moved from New Hampshire to Wells, Maine, along with many members of his parish. Twenty years later, he returned to Massachusetts and became the minister in Salisbury.

Shortly before Wheelwright’s death, he had a serious disagreement with the town’s esteemed citizen Robert Pike, described by Mary Beth Norton in her book In the Devil’s Snare: The Salem Witchcraft Crisis of 1692: “…an acrimonious dispute between Salisbury’s minister, the elderly John Wheelwright and Major Robert Pike, who disagreed vehemently with each other about a variety of matters. In 1676 their quarrel escalated, with Pike accusing Wheelwright of defamation, then trying to oust the clergyman from his pastorate; and with Wheelwright subsequently excommunicating Pike one Sabbath in early 1677…” Pike’s church membership was ultimately reinstated.

In 1676, Reverend George Burroughs and other refugees fled to Salisbury after Native attacks in Casco Bay, Maine burned down Falmouth where Burroughs had been preaching. Burroughs became Wheelwright’s assistant briefly and then led the Salisbury parish for a short time after Wheelwright’s death. In 1680, Salem Village reached out to Burroughs and offered him the minister position there. Burroughs led the congregation in Salem Village from 1681-83, when he returned to Maine. George Burroughs was accused of witchcraft in 1692, and hanged on August 19.

The historic sign marking the location of the first meetinghouse is located at the intersection of Route 110 and Mudnock Road.

The site of the first meetinghouse, at the Intersection of Route 110 & Mudnock Road, looking east.

Looking west along Route 110. Site of the first meetinghouse is on the left.

A memorial to the first five ministers in Salisbury. 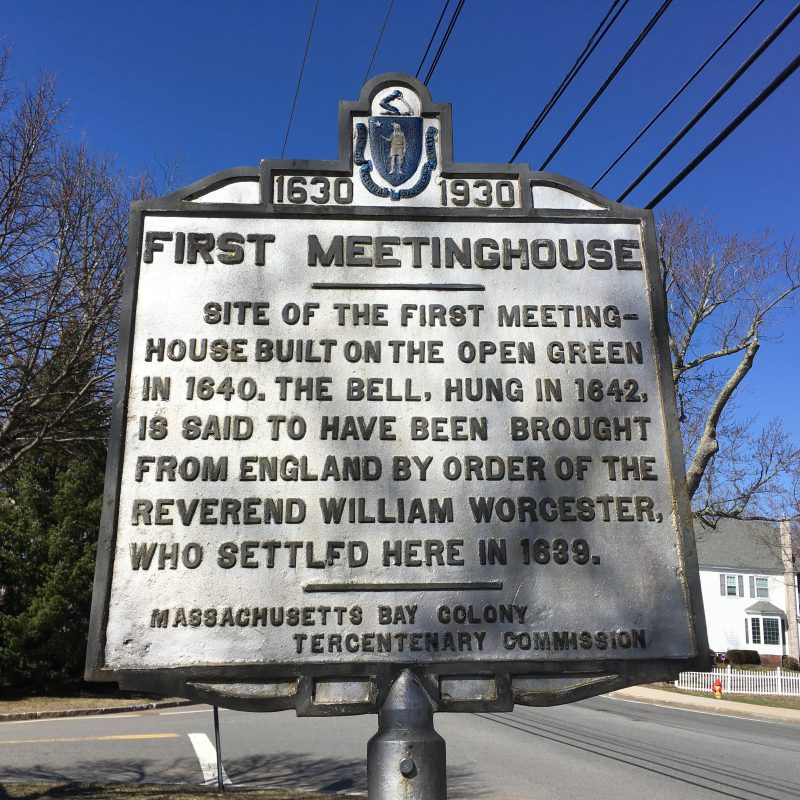 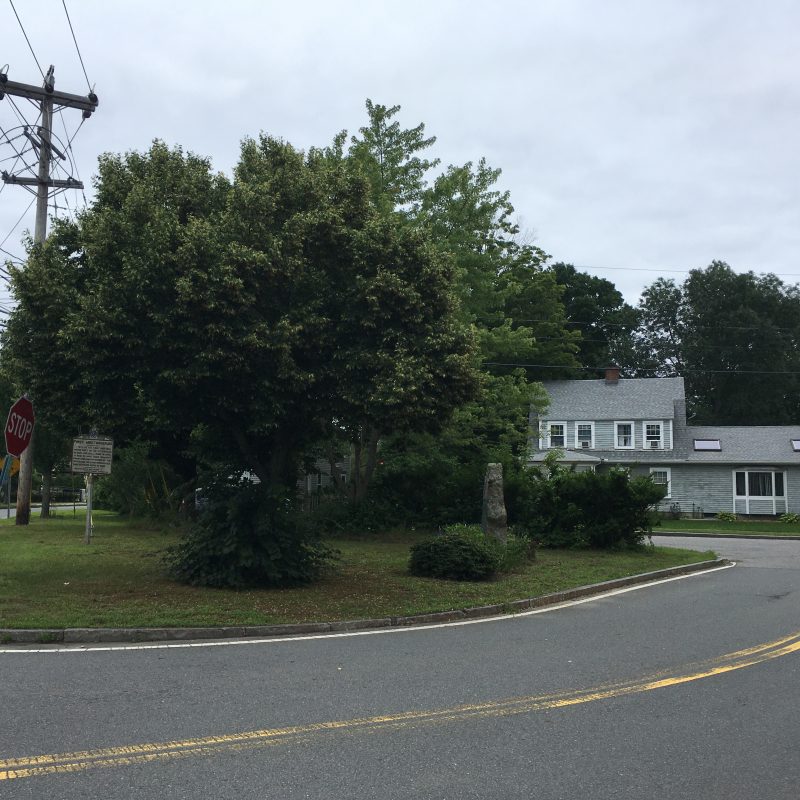 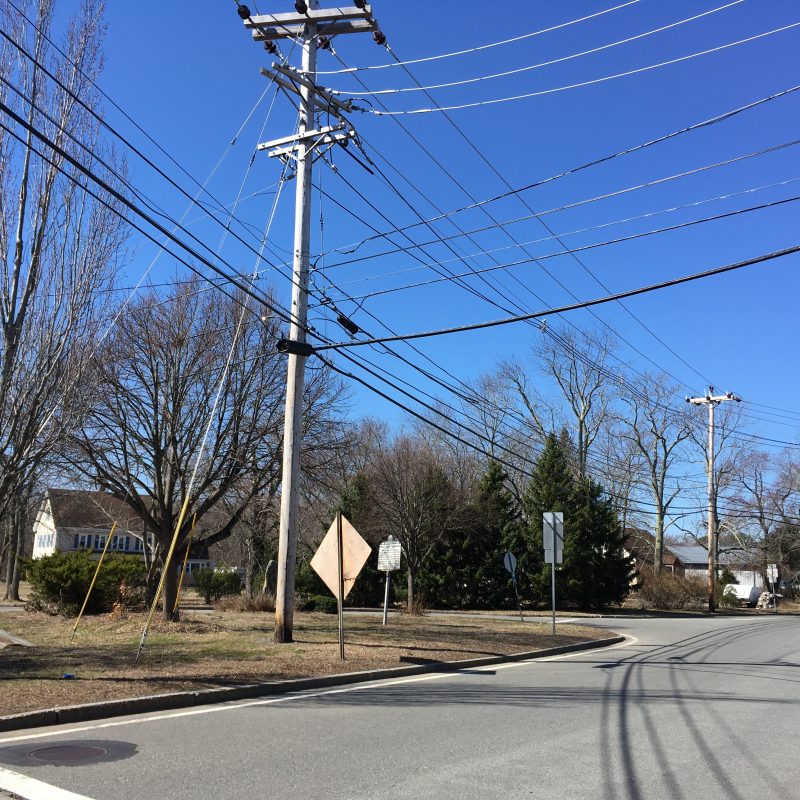 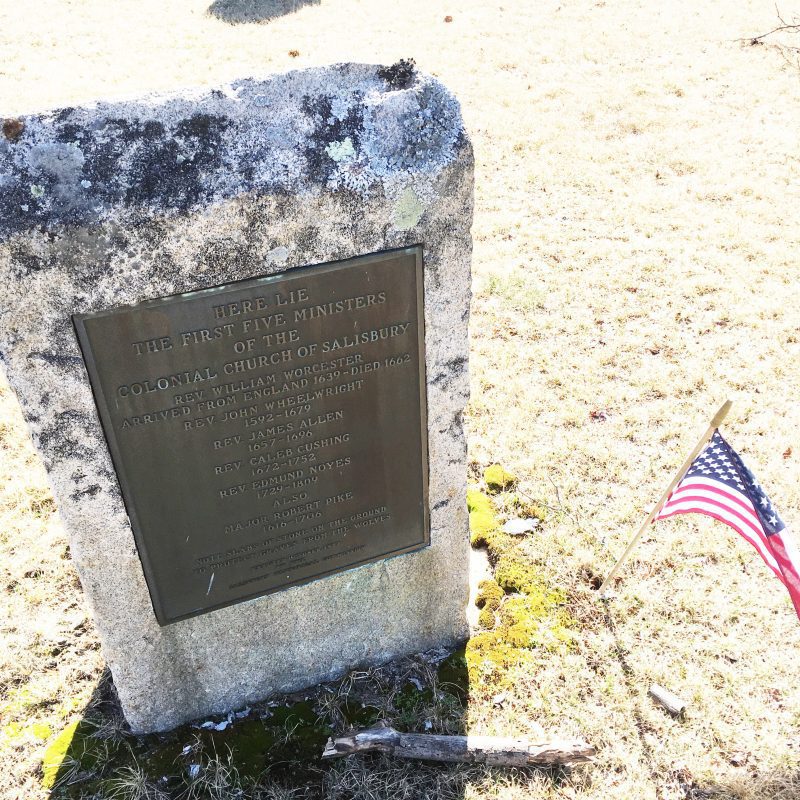