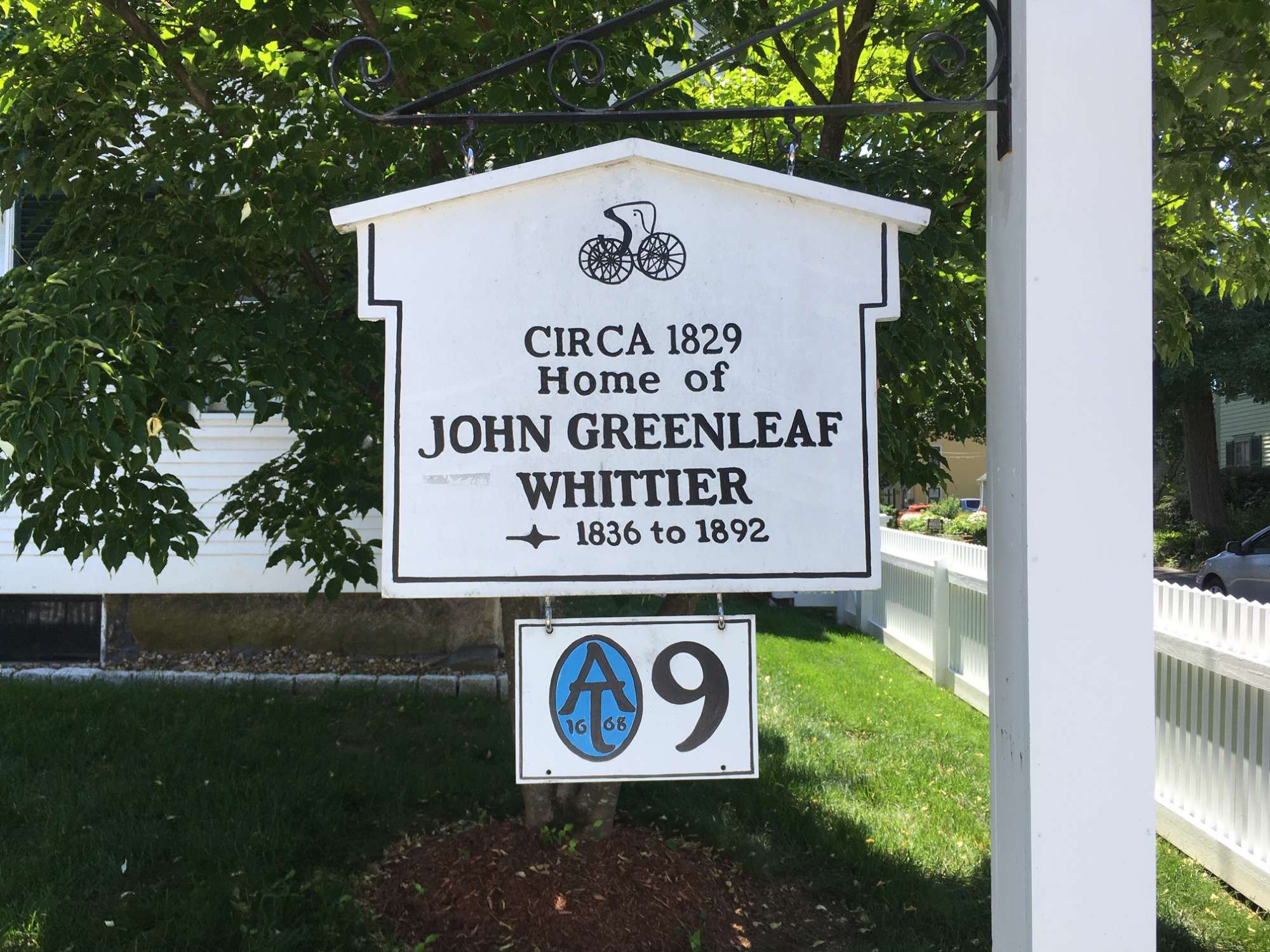 John Greenleaf Whittier wrote several poems about people and places related to the events of 1692, including “Mabel Martin” an imagined account of Susannah Martin’s daughter after the execution of her mother.

Whittier, a Quaker and Abolitionist, was one of America’s most important poets. His most famous work, “Snow-Bound: A Winter Idyl,” brought him national acclaim when it was published in 1866 at the close of the Civil War.

Whittier’s early career found him editing weekly newspapers in Boston, Hartford, and Philadelphia. His first poem was published in 1826. He became involved in politics in the 1830s, joining the Abolitionist Movement in 1833 at the urging of William Lloyd Garrison, winning election to the Massachusetts House of Representatives in 1834, and serving in the Massachusetts State Legislature in 1835. In 1836, he moved from his birthplace in Haverhill, MA to this house in Amesbury, MA with his mother, sister, and aunt. The house, built circa 1829, remained the Whittier family’s home for the rest of their lives. The house was designated a National Historic Landmark in 1975.

According to the website of the Whittier Home, “By the end of the Civil War all the women of his family had died, leaving Whittier lonely and alone in his Amesbury house. It is from his personal grief, coupled with the nation’s grief that he wrote his masterpiece, Snowbound. An exhausted war-weary nation embraced the poem and Whittier, once the Abolitionist outcast, became a hero.”

From 1876 to 1892, Whittier spent the winters with cousins who lived at Oak Knoll in Danvers, a home that is no longer standing. He died in his Amesbury home on September 7, 1892, and is buried in Amesbury’s Union Cemetery. 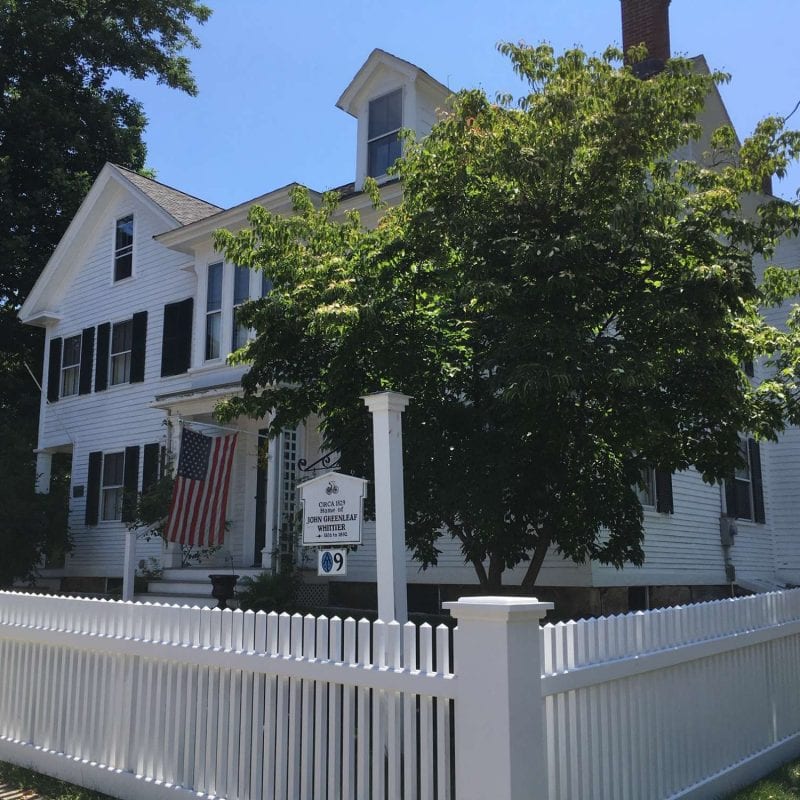 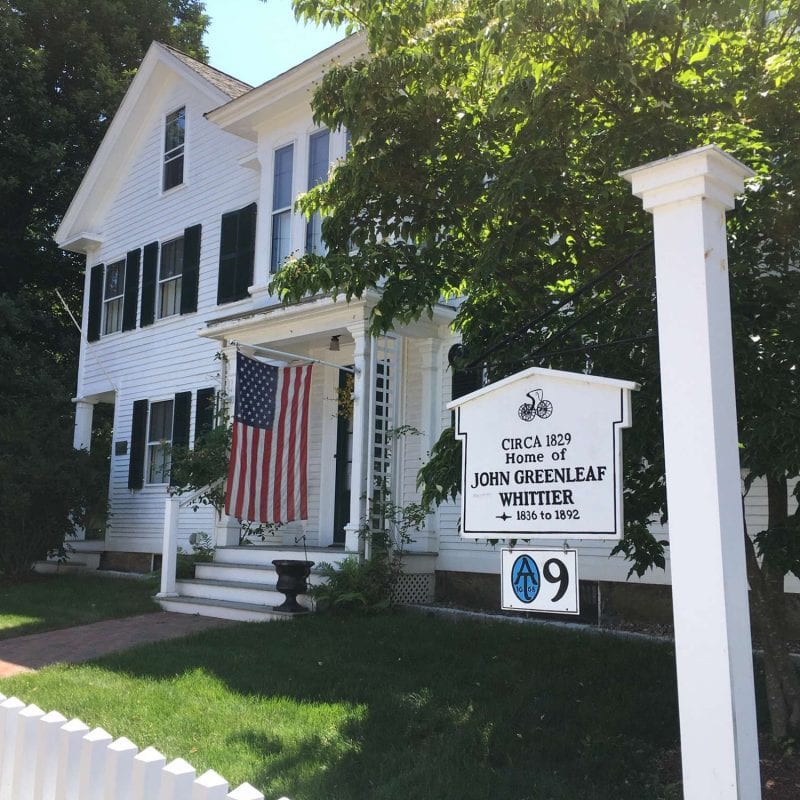 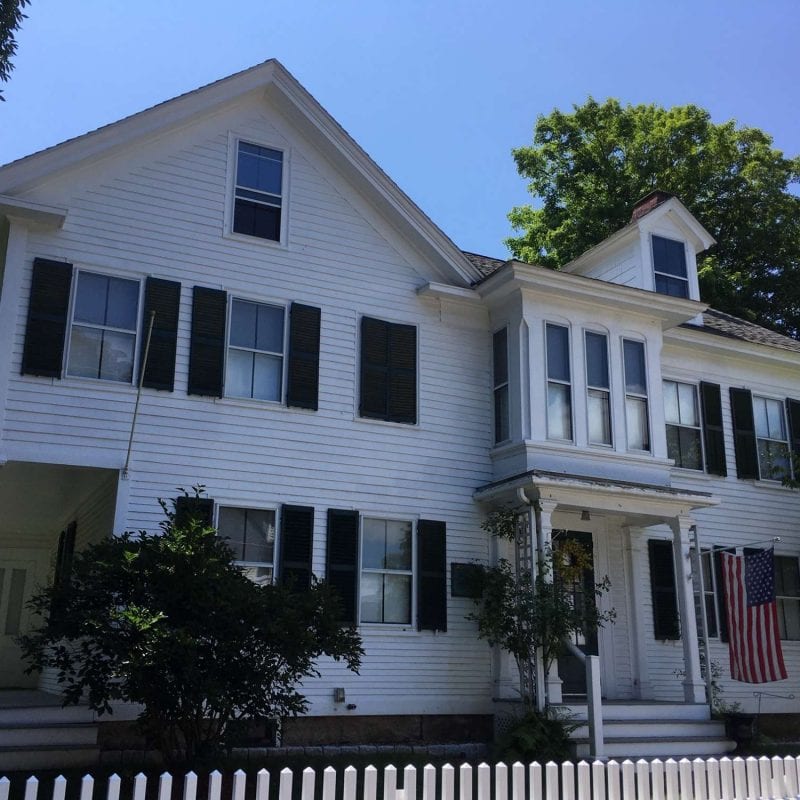