In 1692, John Willard lived where a few different communities met – perhaps it was in the far-western part of Salem Village, or just over the line in Boxford (and very close to Rowley Village). His farm was located near the intersection of Liberty and Peabody Streets, in what is today Middleton.

The details of John Willard’s origins are illusive. His birthdate and birthplace are not definitively known, although Paul Boyer and Stephen Nissenbaum, in their 1972 work Salem-Village Witchcraft: A Documentary Record of Local Conflict in Colonial New England suggest he was born in 1655, making him 37-years-old at the time of the witch trials. Other historians believe he was almost a decade younger, although the records are unclear. Because he lived in Lancaster, MA as a young man, and was married with children and living in Groton, MA in the 1680s, he may be related to Major Simon Willard, an important leader in the Nashaway region. In the seventeenth century, Lancaster Plantation encompassed the modern-day towns of Lancaster, Harvard, Bolton, Berlin, Sterling, Boylston, and W. Boylston. According to Boyer and Nissenbaum in their second book on the Salem witch trials, 1974’s Salem Possessed, The Social Origins of Witchcraft, “[John Willard] was frequently associated, in his land dealings in both communities, with men known to be Simon Willard’s sons.” Boyer and Nissenbaum point out in Salem-Village Witchcraft, however, “For some reason the published genealogies of the Wilkins and Willard families contain no reference to our wizard, his name was evidently expunged from the family records.” Members of the Lancaster Historical Commission agree, suggesting he may have been written out of family genealogy due to his dark history.

Simon Willard, who arrived in New England in 1634, originally settled in Cambridge on 100 acres bordering the Charles River. He was one of the founders of Concord, MA a year later, an advisor to the company that founded Lancaster (originally settled in 1643 as Nashaway) and lived in Groton until a native attack during King Philip’s War destroyed the town in 1676. He was a fur-trader, a land speculator, an expert in native relations, and an important participant in government and the military his entire life. He was a major in the militia during the aforementioned King Philip’s War in the 1670s. Major Willard had at least 17 children by two different wives. One of his sons was Reverend Samuel Willard, who ministered for a time in Groton (driven out by the native attack) and was pastor of Boston’s Third Church from 1678 until his death in 1707.  Reverend Samuel Willard was a known skeptic of the Salem witch trials; in fact, in 1692 he reportedly helped a few of the accused escape from jail and flee to New York until the troubles were over.

Although no direct family tie has yet been found between John and Simon Willard, further research is underway in Lancaster and Groton to seek more information. The fact that John Willard lived in two towns where the notable Willard family lived, and made several land deals with Simon Willard’s sons, gives us hope that we can one day find a solid connection.

By 1692, John Willard and his wife, Margaret Wilkins, along with their three children, were living in the western Salem Village/Boxford area. They had married in 1687. Margaret was a grand-daughter of Bray Wilkins, one of the original colonial settlers of what is today Middleton. How the couple met is unknown, but Margaret was the first of the tight-knit Wilkins clan to marry someone outside the Salem Village community. As events transpired, it seems John Willard’s “other”-ness may have added to the animosity against him. [Note: It was Charles Upham in his 1867 work Salem Witchcraft who stated John and  Margaret Willard had three children. Our research finds two so far: a son John and a daughter Hannah, both named in Margaret’s 1750 will.]

In 1692, John Willard was a Deputy Constable for Salem Village, responsible for serving warrants and transporting people, including those accused of witchcraft, to jail. Later testimony during his trial claimed he was heard to say, “Hang them! They are all witches!” According to historian Charles Upham in his 1867 work Salem Witchcraft, however, Willard refused to arrest any more people by the spring of 1692, after spending time with both accusers and accused. Said Upham, “All he heard and saw, his sympathies became excited on their behalf: and he expressed, in more or less unguarded terms, his disapprobation of the proceedings. He seems to have considered all hands concerned in the business—accusers, accused, magistrates, and people— as alike bewitched.”

Similarly to John Proctor and Giles Corey, two men who expressed skepticism about the proceedings, Willard soon became a target of accusations himself. By late April, Ann Putnam Jr. claimed to be tormented by his specter. After he was named, John Willard sought the help and prayerful advice of his grandfather-in-law, Bray Wilkins, which somehow never came to pass. Instead, the elderly Wilkins was overcome with a mysterious gastric ailment, preventing him from urinating and causing great pain, which Wilkins felt was brought on by Willard giving him the evil eye, or “a malevolent look.” Shortly thereafter, Wilkins’ grandson, 17-year-old Daniel, also became seriously ill. Members of the family suspected John Willard of causing his sickness.

Some of the accusations, said the afflicted, came from ghosts accusing John Willard of their murders – among the spirits making these claims were those of Samuel Fuller and Lydia Wilkins.

On May 10, an arrest warrant was issued for John Willard for suspicion of witchcraft, but upon arriving at his farm, Constable John Putnam discovered Willard had fled. Said Putnam, “…I went to the house of the usual abode of John Willard’s and made search for him, and in several other houses and places but could not find him, and his relations and friends then gave me account that to their best knowledge he was fleed Salem.” Willard’s specter, however, apparently remained in Salem Village, actively tormenting Elizabeth Hubbard and Susanna Sheldon. According to the afflicted Mercy Lewis, a servant in various Putnam households, the continued suffering of Bray Wilkins was also caused by Willard. When young Daniel Wilkins died a week after Willard’s flight, an inquest determined that the young man had died “an unnatural death by some cruel hands of witchcraft or diabolical art.” The evidence against John Willard was mounting.

Willard was finally tracked down on property he owned along the Nashua River the day after the Daniel Wilkins inquest. “…it was to Lancaster he fled,” said Boyer and Nissenbaum, while the records reveal Marshall George Herrick stated on May 18, “…Constable John Putnam came in with John Willard, having seized him at Nashaway [an old reference to Lancaster], he being at work with a hoe…” When Willard was captured, the afflicted in Salem Village cried, “Now Willard is taken!,”  according to seventeenth century witch trials skeptic Robert Calef.

When John Willard was examined, the magistrates made it clear they believed the fact that he’d fled arrest was a sign of guilt.  Said Willard, “… I was affrighted and I thought by my withdrawing it might be better, I fear not but the Lord in his due time will make me white as snow.” The afflicted in attendance, among them Ann Putnam Jr., Mercy Lewis, and Mary Warren, fell into fits at Willard’s gaze. But it was the accusations leveled against him by his wife’s family that carried the most weight. “In 1692, the Wilkins family turned with particular ferocity against this outsider…,” said Boyer and Nissenbaum. “The finger of witchcraft was pointed at him by no fewer than ten members of the family.” Not only was he blamed for the death of Daniel Wilkins and the illness of Bray Wilkins, but he was accused of spousal abuse by family and neighbors. “For all his natural affections he abused his wife much and broke sticks about her in beating of her,” said his brother-in-law, Benjamin Wilkins.

John Willard denied the charges, saying they were all lies, and asked that his wife be called to testify. Margaret was never questioned. In early August, John Willard was convicted and condemned to hang. Two days before his scheduled execution, Margaret made a final attempt to free her husband. According to Marilynne Roach in her book The Salem Witch Trials: A Day-By-Day Chronicle of a Community Under Siege, Margaret somehow obtained John’s temporary release from prison. Says Roach, “… the necessary papers had not yet reached Salem. So Goody Willard made her way from Boxford to Salem, hired a horse, and headed for Boston to see for herself about the delay, however, to no avail.” She was too late. John Willard, along with John Proctor, Reverend George Burroughs, George Jacobs Sr., and Martha Carrier, was hanged on Proctor’s Ledge at Gallows Hill on August 19.

John Willard’s burial location is not confirmed. Popular tradition holds that many of the families of those executed returned at night to collect the bodies and quietly buried their loved ones on or near their properties. While we can only speculate about the final resting place of John Willard, could he have been buried in what some consider the oldest cemetery in Middleton? According to Rita M. Kelley’s 1979 research, “A cemetery was located off the side of a roadway going by Samuel Symonds house … this burial ground became known as the Old Rowley Village Cemetery … legend has it that [John Willard’s] body lies in an unmarked grave in this cemetery.” In her 1970 book Middleton, Massachusetts: A Cultural History, Lura Woodside Watkins is more definitive, saying, “The earliest graveyard in the town is on the Symonds place on Peabody Street, now the home of Henry Sawyer. He has given it some attention and has ascertained the presence of a dozen or more unmarked graves. John Willard, victim of the witchcraft delusion, is buried here.” If true, perhaps Margaret Willard, enlisting the help of friends, returned to the hanging site to collect her husband’s remains. It is unlikely anyone from the Wilkins family would have assisted her. For what it’s worth, according to a map of the area, this cemetery, just north of the Ipswich River, is not too far from the site of John Willard’s farm.

In September of 1710, a committee was established to formally consider the claims for restitution by the survivors and loved ones of those impacted by the Salem witch trials. On October 17, 1711, the Massachusetts legislature approved the reversal of the attainder of twelve of those individuals who were executed, and seven of those who were condemned but not executed in the year 1692. With this act, John Willard’s name was legally cleared of all charges, nearly twenty years after his death.

In the years following the Salem witch trials, family members of those directly affected by the tragedy often found each other, survivors of a shared trauma. Two years after her husband’s execution, Margaret Willard married William Towne, a nephew of Rebecca Nurse, Mary Easty, and Sarah Cloyce. All three sisters had been accused of witchcraft in 1692; only Sarah escaped the hangman’s noose.

A simple memorial to John Willard was erected in 1992 next to the Middleton Historical Society building on Pleasant Street.

Could John Willard be buried here in an unmarked grave? 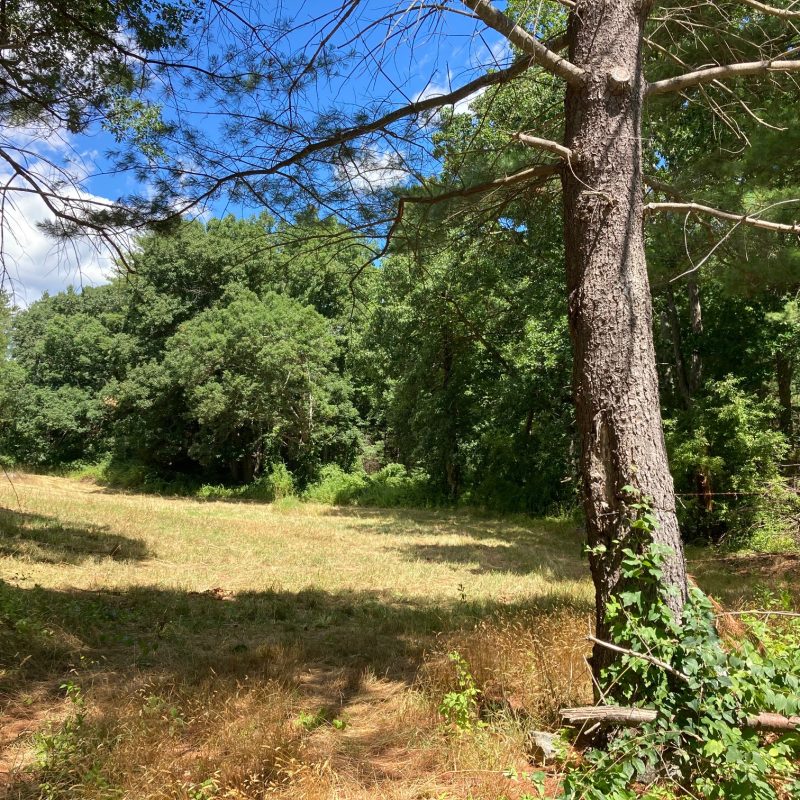 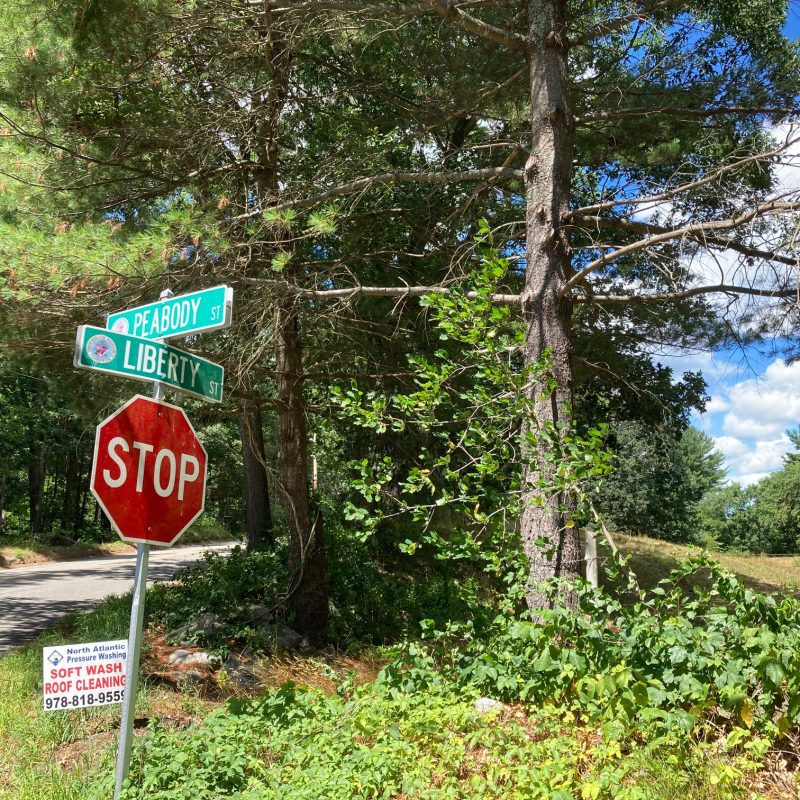 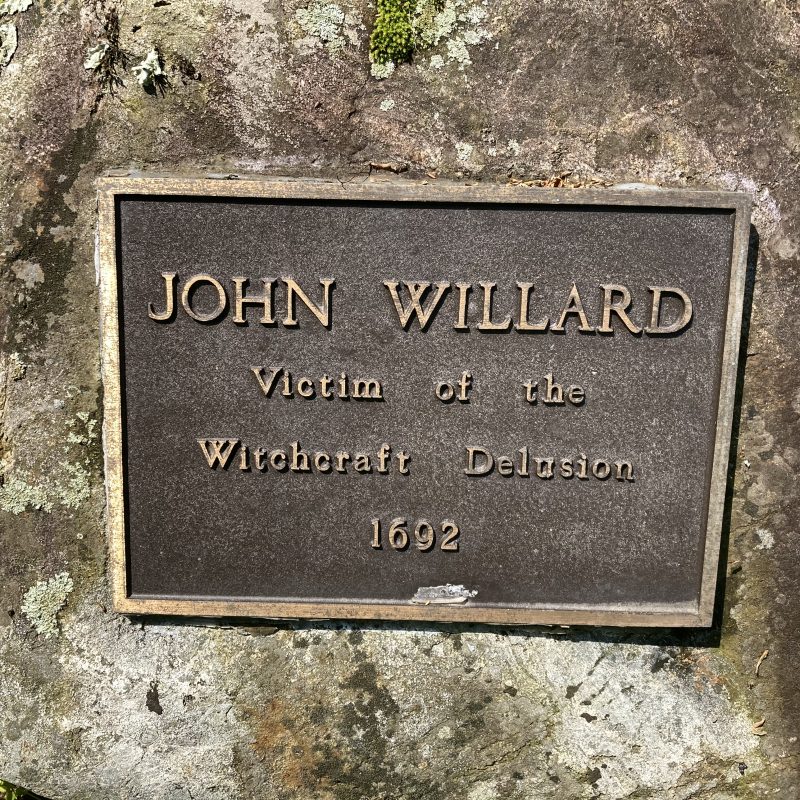