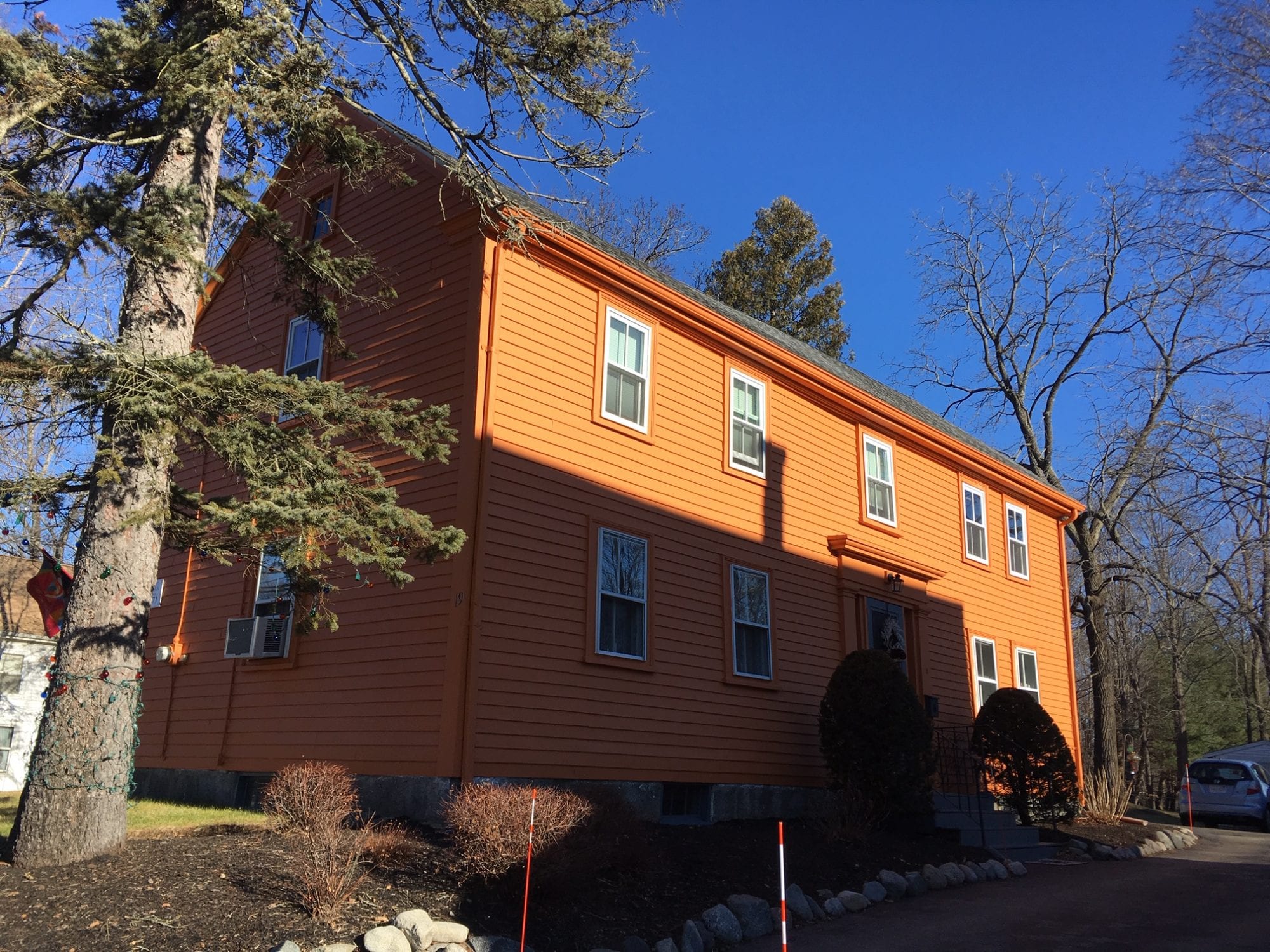 In this house built circa 1671 lived Joseph Houlton (alternate spellings Holten, Holton), an important landowner and member of the Salem Village community. He was in his early 70’s during the time of the witchcraft trials.

In 1679, Houlton gave five and a half acres in the center of the village for the new minister’s use, where the parsonage was ultimately built.

Houlton, his wife Sarah, and his son Joseph Houlton Jr. all signed a petition in support of their neighbor Rebecca Nurse in 1692, defending her against accusations of witchcraft. These actions are an apt example of how the witchcraft delusion divided families. Joseph and Sarah’s daughter-in-law Sarah, widow of their son Benjamin, lived just down the street. She was one of the principle accusers of Rebecca Nurse, who she believed had bewitched her husband to death.

Born in 1621, Joseph Houlton worked as an indentured servant for Richard Ingersoll on Ingersoll Point when he was 20 years old. He married Sarah Ingersoll in 1652. She was the daughter of Richard Ingersoll and the widow of William Haines, whose son Thomas was a nearby neighbor on Centre Street. The couple had five sons and two daughters, who were each given a farm and had houses in the neighborhood, including the one at 27 Centre Street, and the house today known as the Samuel Holten House on Holten Street, where his son Benjamin lived.

Houlton died in 1705 at the age of 84. The Houlton legacy lived on: His great-grandson Samuel Holten, who lived in the Benjamin Houlton house at the intersection of Holten and Centre Streets, was a legendary judge and statesman.  Another great-grandson led the group that received a grant in western Massachusetts, founding New Salem in Franklin County.