On Old South Main Street stands the oldest house in Middleton, built circa 1680-1684 and known as the Lt. Thomas Fuller House.

Thomas Fuller Sr., who arrived in the New World from England in 1638, first settled in Woburn, MA, where he married in 1643, raised a family, and lived for twenty-five years. Fuller moved with his children in 1663, after the death of his first wife Elizabeth, to the western part of Salem Village, known as Will’s Hill or “The Farms.” The area would eventually become part of the town of Middleton and the Fullers were important contributors to the area for generations.

Thomas Fuller Sr. was a respected member of Woburn, involved in military affairs and local government. After his move to Salem Village, he became a valued member of that community too,  in both government and church affairs. Fuller built his house about a half mile from Middleton Pond. According to historian Lura Woodside Watkins’ 1970 book Middleton, Massachusetts: A Cultural History, “…at the request of Bray Wilkins, it is said, Thomas Fuller of Woburn and his numerous family had come to Will’s Hill in 1663. In that year, Fuller bought 300 acres of Daniel Dennison, which included the land southeast of the Wilkins farm. He was a blacksmith, whose craft was very important during a period of settlement and building, and it is possible that Wilkins and Gingell had hoped that he would be a help in locating iron ore. That did not happen, but Fuller set up a shop, where several of his sons also worked, and built a sawmill on the brook out of the pond.”

Thomas Fuller’s sawmill was the first in the area. The Fullers were also involved in the early building and maintenance of town roads and the records note that Thomas Fuller Sr. was held in such high esteem that he was on committees to choose Salem Village ministers and discuss their salaries and living arrangements. Until Middleton built its own meetinghouse after 1728, those who lived in Will’s Hill had to travel three miles to the center of Salem Village to attend meeting each week.

Thomas Fuller had five sons – Thomas Jr., John, Jacob, Joseph and Benjamin – to whom he “gave, bequeathed, or sold land.” According to Lura Woodside Watkins, the original holdings, combined with the land that was acquired by Thomas Fuller’s sons, meant that “the Fullers owned a large part of the village.”

In 1692, as the witch delusion spread throughout Essex County, a resident of the area, deputy constable John Willard, was suspected of witchcraft, particularly by members of the extended Wilkins family. Willard’s wife Margaret, Bray Wilkins’ granddaughter, was the first to marry someone outside of the village, which clearly made her husband a target of suspicion. The elderly Bray became afflicted with an unusual illness, brought on, he thought, by a malevolent look from Willard – the “evil eye.” When another of Bray Wilkins’ grandchildren, 17-year-old Daniel, also became ill, the blame fell on Willard. An arrest warrant was issued, but Willard fled to avoid capture.

Shortly after Willard’s escape, young Daniel Wilkins died. A 12-man Jury of Inquest, which included both Thomas Fuller Sr. and his oldest son Thomas Jr., then about 48 years old, concluded that Daniel had died “an unnatural death by some cruel hands of witchcraft or diabolical art…” Thomas Fuller Jr. and Bray Wilkins’ son Benjamin filed a complaint against Willard, and a second warrant was issued: “You are in their Majesty’s names hereby required to apprehend John Willard of Salem Village, husbandman, if he may be found in your precincts … who being found you are to convey from town to town from constable to constable, until he be brought before us or such as may be in authority there, in Salem and hereof, You are not to fail.”

Apprehended shortly thereafter, in Lancaster, MA to the west, John Willard was tried and convicted in Salem. Declaring his innocence to the end, he was hanged, along with four other innocent victims, on August 19, 1692, on Proctor’s Ledge at Gallows Hill.

Regarding the Lt. Thomas Fuller House, which was added to the National Register of Historic Places in 1990, historian Lura Woodside Watkins says, “Having a great deal of land on which to build, several generations of Fullers allowed distance between their houses, but kept them close enough for easy access to each other.” She adds, “It faces south down Old South Main Street, and the land abuts the old Fuller burying ground. Thomas Fuller, Jr. was living here in 1684. It was then the most northerly point on a finished road that was to run from Salem to Andover. In the following year, according to the Salem selectmen’s records, he was appointed ‘an overseer of the highway from his house to Andover bounds’.”

Additional note: One of the interesting relationships in Salem witch trials history is that of John Proctor and Giles Corey, neighbors and, perhaps, “frenemies.” They accused each other of terrible actions, but were also said to share an occasional drink together. (Both, of course, were innocent victims, convicted and executed during the trials.) At one time, Corey claimed Proctor was guilty of doing business with Indigenous people at his tavern. Proctor accused Corey of setting his house on fire (which would later turn out to be the fault of one of Proctor’s sons tipping over a lantern). According to historian Charles Upham, Thomas Fuller Sr. played a role in the latter incident. “It appeared, in evidence, that John Phelps and Thomas Fuller, who lived on the western borders of the village, near Ipswich River, coming along the road to Proctor’s Corner about two hours before daylight, on the way probably to Salem market, saw his roof on fire, gave the alarm, and stopped to help put it out.”

Just beyond the Lt. Thomas Fuller House is the Old Fuller Burying Ground 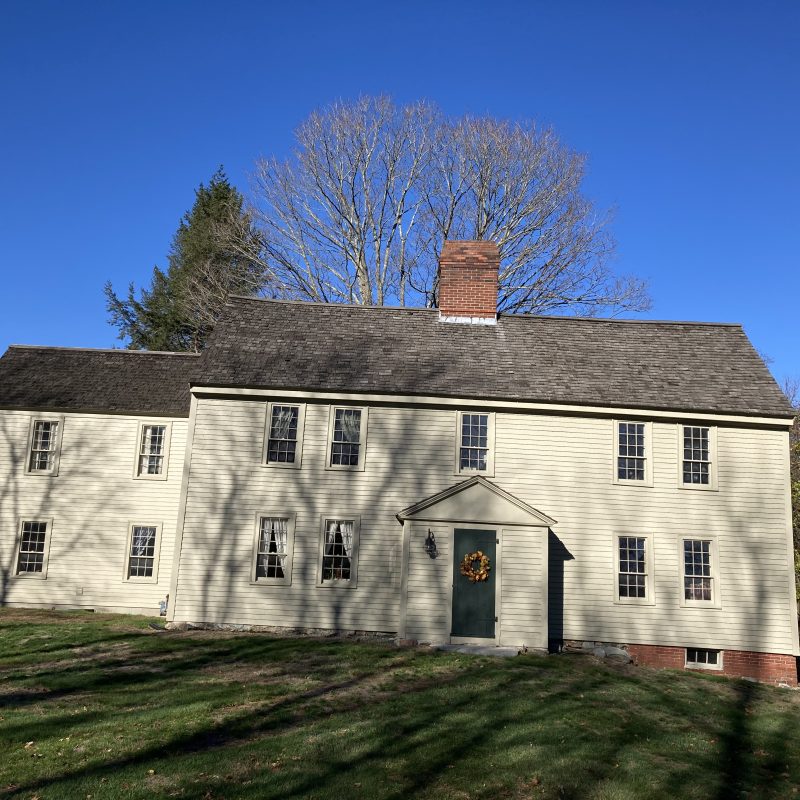 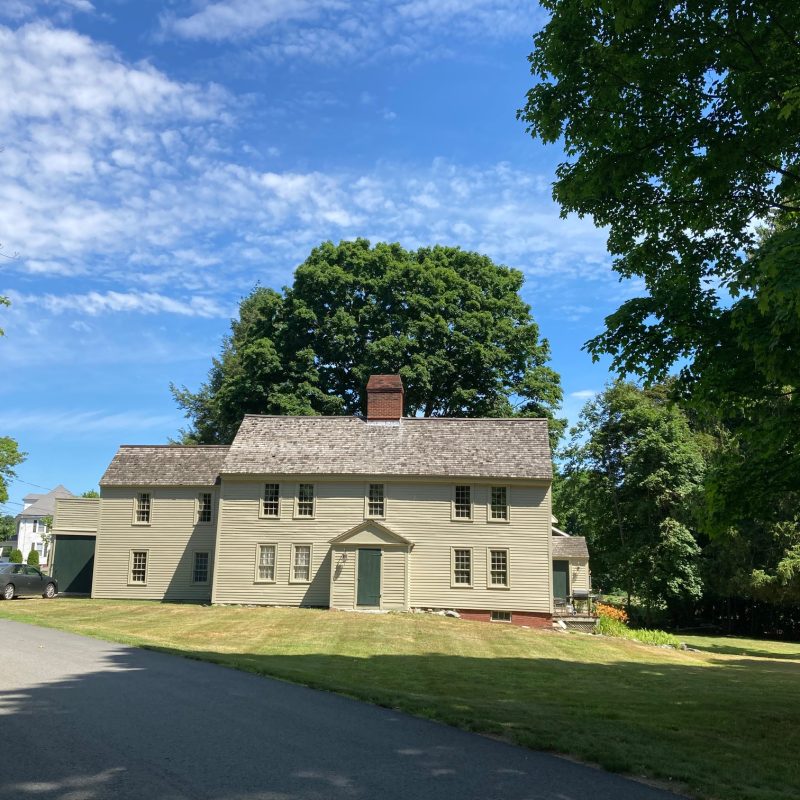