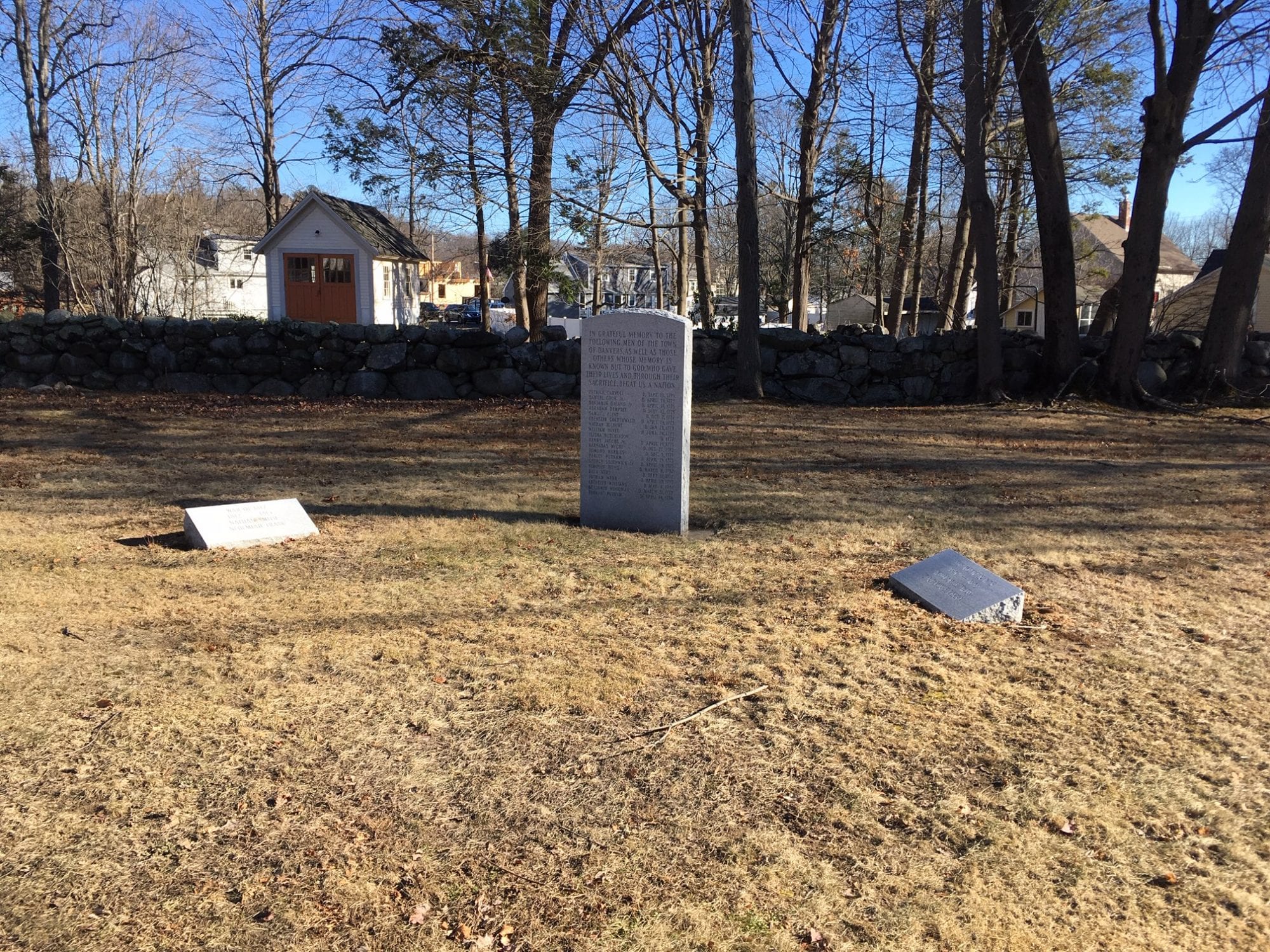 Shortly after Betty Parris and Abigail Williams showed signs of affliction, a new quartet of girls also became afflicted. One of these was 17-year-old Mary Walcott (alternate spelling Wolcott), who was connected to other accusers by proximity and by family.

Mary Walcott lived next to the parsonage, a short distance to the north of the minister’s property. (Paul Boyer and Stephen Nissenbaum state in Salem Possessed: The Social Origins of Witchcraft that Mary lived in the Thomas Putnam home. The source of this information is unclear. Perhaps because she was Putnam’s niece-by-marriage she spent time there, but the records lead us to believe she lived at the Walcott home, near the parsonage and Ingersoll’s ordinary.)  She was the daughter of Captain Jonathan Walcott, who was the commander of the Salem Village militia. When Mary was eight, her mother died. Two years later, her father married Thomas Putnam’s sister Deliverance, making Captain Walcott the brother-in-law of Thomas Putnam, and Thomas and Ann Putnam Mary’s step-uncle and aunt.

Mary Walcott became afflicted by early March and was a principle accuser during the trials, along with her step-cousin Ann Putnam Jr. She would remain an active accuser until the trials were over in May of 1693.

Walcott played a key role in March, one that historian Frances Hill suggests may have been the first example of fraudulent behavior. When former Salem Village minister Deodat Lawson was invited back to town to witness the afflictions for himself, one of the first people he met was Walcott at Ingersoll’s ordinary, where Lawson was lodging. After a pleasant conversation, Walcott suddenly screamed and claimed to have been bitten by a specter. She was able to show Lawson teeth marks on her arm.

Throughout the spring, Walcott continued to see visions and have fits during examinations of numerous accused witches. She was a core member of a group of accusers that now included 12-year-old Ann Putnam Jr., 17-year-old Elizabeth Hubbard and Mercy Lewis, and even some adult accusers, including Ann Putnam Sr., Goodwife Pope, Goodwife Bibber, and John Indian. Interestingly, along with visions of witches and demons, some of the afflicted, Walcott among them, also claimed to see “a white man” and glorious light. Not all supernatural sightings were dark.

On April 4, complaints were filed against Elizabeth Proctor and Sarah Cloyce for tormenting Mary Walcott, Ann Putnam Jr., Mercy Lewis, and John Indian. The complaints were sworn by Captain Walcott and his uncle, Nathaniel Ingersoll, who owned the ordinary in Salem Village, located next door to the south of the parsonage. A week later, on April 11, Proctor and Cloyce were examined in Salem Town. Mary Walcott was present. She had seizures during Cloyce’s examination and then claimed that the specter of Proctor followed her home, all the way from the Ship Tavern in Salem Town to the edge of the village.

One of the oddest reports of an accuser’s behavior took place the next day, on April 12, when Mary Walcott sat calmly knitting while Abigail Williams and John Indian shouted and writhed after the examination of John Proctor, who had also been jailed when he spoke out against the proceedings during his wife’s examination the previous day. As Reverend Parris struggled to update his notes on the day’s events, Williams and Indian created a wild scene and claimed that the specters of John Proctor and Sarah Cloyse were in the room. Goodman Proctor, they said, was even sitting in one of the magistrate’s laps. Walcott kept knitting while observing all of the turmoil. Williams and Indian were sent out of the room so that Parris could continue his work. It was only when Parris was finished with his report and read it aloud to Marshal George Herrick that Walcott stopped her knitting and claimed to be tormented by the specters of John and Elizabeth Proctor, Rebecca Nurse and her sister Sarah Cloyce, Martha Corey, and Sarah Good’s 4-year-old child Dorothy. That day, all of the people whose specters Walcott claimed to see were sent off to Boston jail. Dorothy was reunited with her mother Sarah, already imprisoned.

What was Mary Walcott’s motivation, if indeed she was only acting afflicted for sport? Unlike others who became principle players in the drama, she had a stable home life. She was not a servant, nor an orphan, and was not a refugee from the Native wars in Maine. She was a member, by marriage, of the Putnam family, one of the most powerful in the community. She was the daughter of Captain Jonathan Walcott, the captain of the militia and nephew of another respected member of the community, Nathaniel Ingersoll. Her actions were shocking, and helped send numerous innocent people to their deaths. Though one can speculate, we shall never know what caused such behavior.

Additional note: Another of Mary Walcott’s aunts was Mary Sibley, who showed Tituba and John Indian how to make a “witch cake.” Mary Walcott’s mother, who was born Mary Sibley, died when her daughter was eight years old. Mary Sibley’s brother Samuel married a woman also named Mary. It was the married Mary Sibley who suggested the countermagic effort to flush out the witches.

Additional note: When Mary Walcott married Isaac Farrar in April of 1696, it was Reverend Parris who performed the ceremony. The couple lived in Woburn, MA, and then Ashford, CT, and had six children. Mary Walcott died in 1752 at the age of 77.

Looking north from the foundation of the parsonage. The Walcott home was a few hundred yards north of the five-acre parsonage property.

Approximate location of Walcott house: behind/near 85 Centre Street, where the Revolutionary War Memorial stands on Ingersoll Street. This is near the training field. 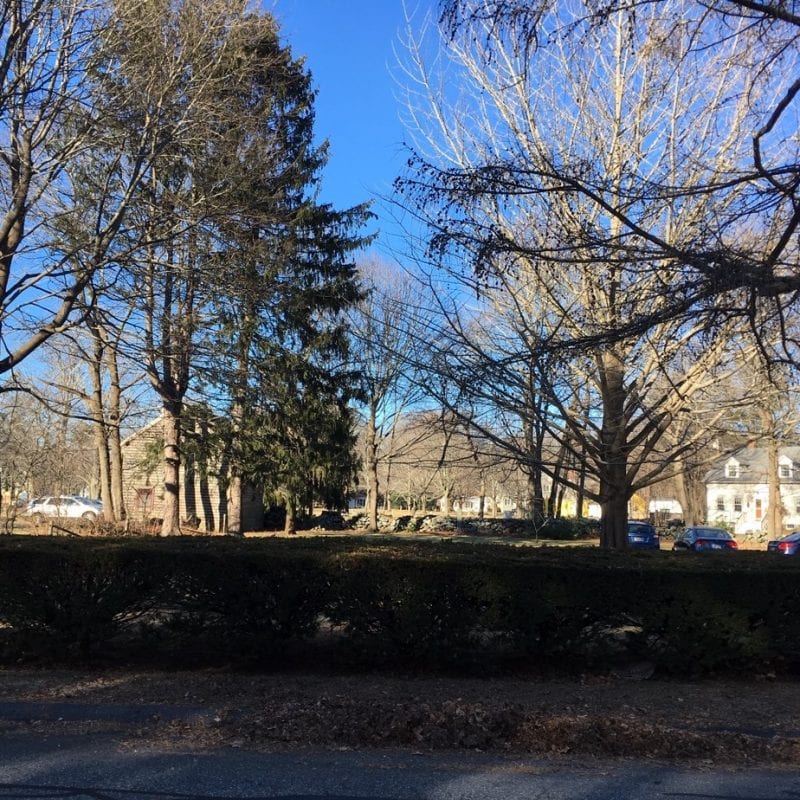