In 1692, the Topsfield meeting house stood in what is today the oldest section of Pine Grove Cemetery, on Haverhill Road.

More About Meeting House(s), Site of

Topsfield’s meeting house in 1692 stood in what is today the oldest section of Pine Grove Cemetery, on Haverhill Road (Route 97).

William Knight was the first settler to preach to Topsfield residents, prior to the organization of a church, circa 1641-3. When Knight returned to England, William Perkins, from Gloucester, was the next to lead the not-yet-organized church, arriving in Topsfield around 1655-6. It was then that a first meeting house was built, sometime between 1655 and 1658, at a site presumed to be on the northwest corner of Howlett Street and Meetinghouse Lane. Howlett Street is one of the oldest in Topsfield, laid out as early as 1640, and it was the path by which villagers reached the meeting house. Although this area feels distant from the center of town today, in its time, this was considered to be the heart of the community. It is about 9/10 of a mile from the town common, east of Route 1.

In 1663, Topsfield’s first ordained minister, Reverend Thomas Gilbert, arrived from Charlestown and the church was officially gathered. At this time, by request of the residents of Rowley Village to the west (Boxford today), who attended the Topsfield church, a new meeting house was built in a more convenient location. The site was in what is today the oldest part of Pine Grove Cemetery on Haverhill Road (laid out in 1668/9), aka Route 97. The meeting house pulpit was said to cost £10. A watch house, surrounded by stone walls, was in the southeast corner of the property, a protection against native attack.

In his History of Topsfield, Massachusetts historian George Francis Dow says, “Reverend Thomas Gilbert remained in Topsfield until 1671 when he was tried for intemperance and as there was no doubt of his guilt his connection with the church was severed, the minister manifesting as much grief as anyone. The charge was not on account of his use of wine, but, because of his coming intoxicated to the Lord’s table.”

Jeremiah Hobart followed, leading the church from 1674/5-1680, finally being dismissed because he tried to collect his overdue salary of £60 in County Court. It took him two years to receive payment.

The second meeting house was where the church gathered during the witch hysteria of 1692, under the leadership of Parson Joseph Capen, who was ordained in 1684 and ministered in Topsfield until his death in 1725.  Among the members of the Topsfield Church when Capen arrived were two women who would be executed for witchcraft eight years later – Mary Easty and Sarah Wildes. Legend says the meeting house pulpit was located where Parson Capen and his wife Priscilla (Appleton) Capen are buried.

This second meeting house was used for about 40 years until it became too small and fell into disrepair. A third was built on the common in 1703, where the Congregational Church stands today. The £10 pulpit was moved to the new location. Parson Capen varnished it himself and was reimbursed for his work.

The 1692 meeting house site is in the Pine Grove Cemetery at 8 Haverhill Road. The Congregational Church is at 9 East Common Street.

Joseph & Priscilla Capen graves (center) are said to mark the location of the meeting house pulpit.

A watch house stood in the southeast corner.

Another view of the watch house site

The intersection of Howlett Street and Meetinghouse Lane

The northwest corner of Howlett Street and Meetinghouse Lane is thought to be the site of Topsfield's first meeting house, prior to 1663.

The Congregational Church on East Common Street, also the site of the third and fourth meeting houses. 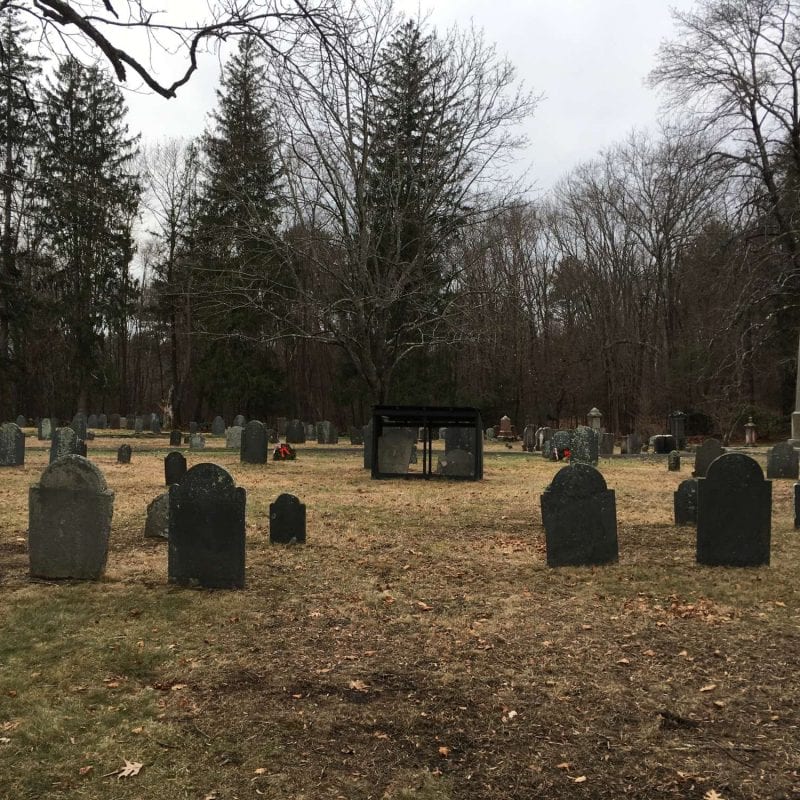 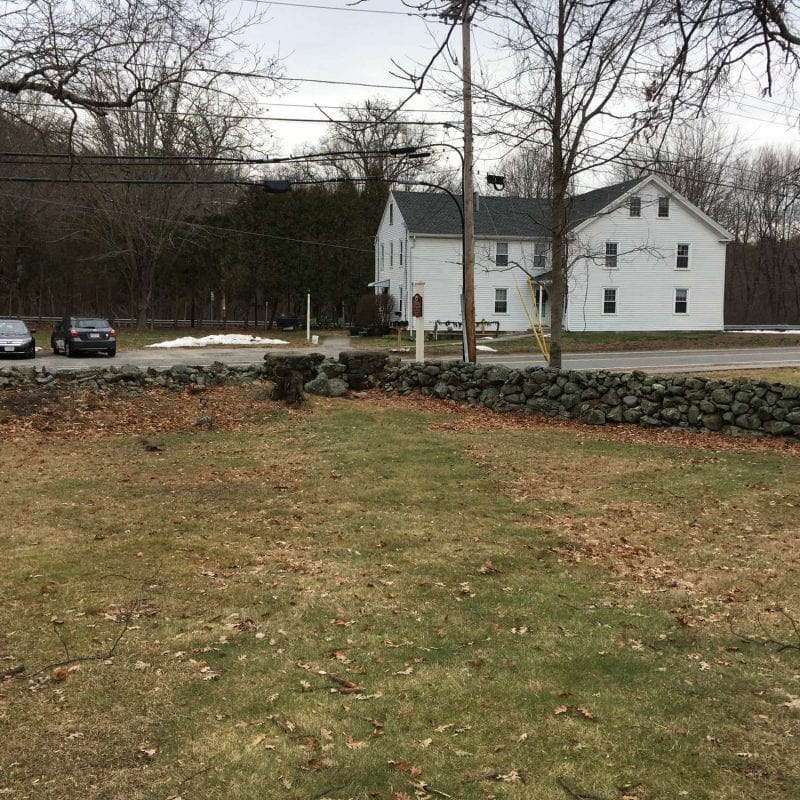 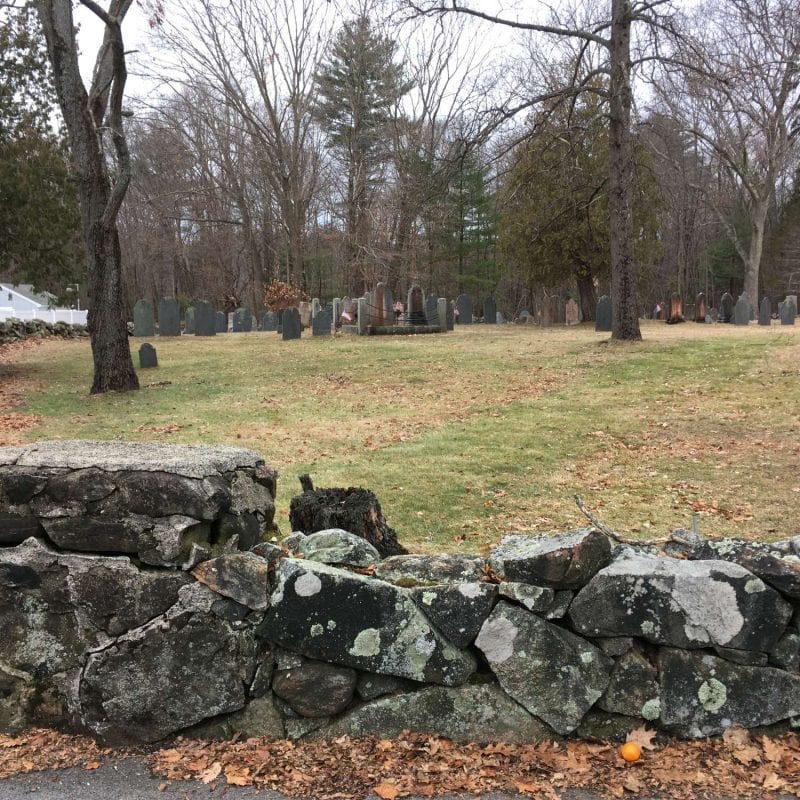 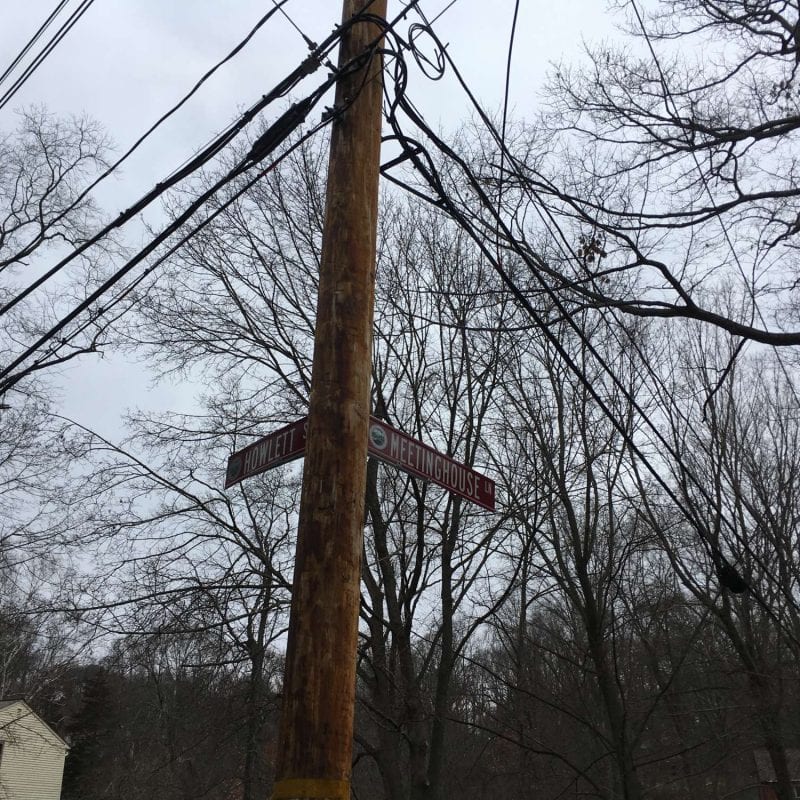 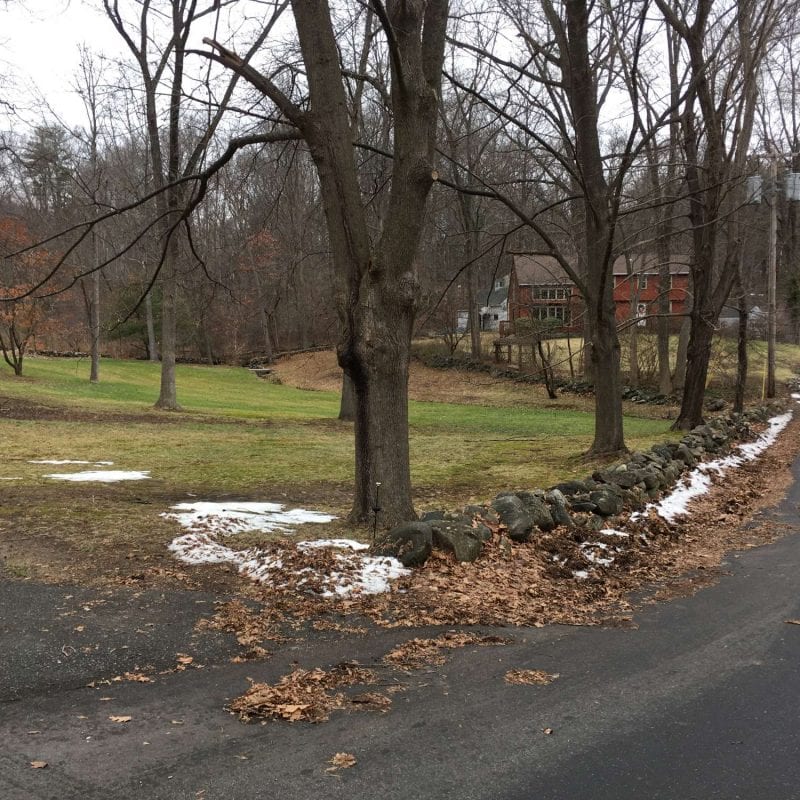 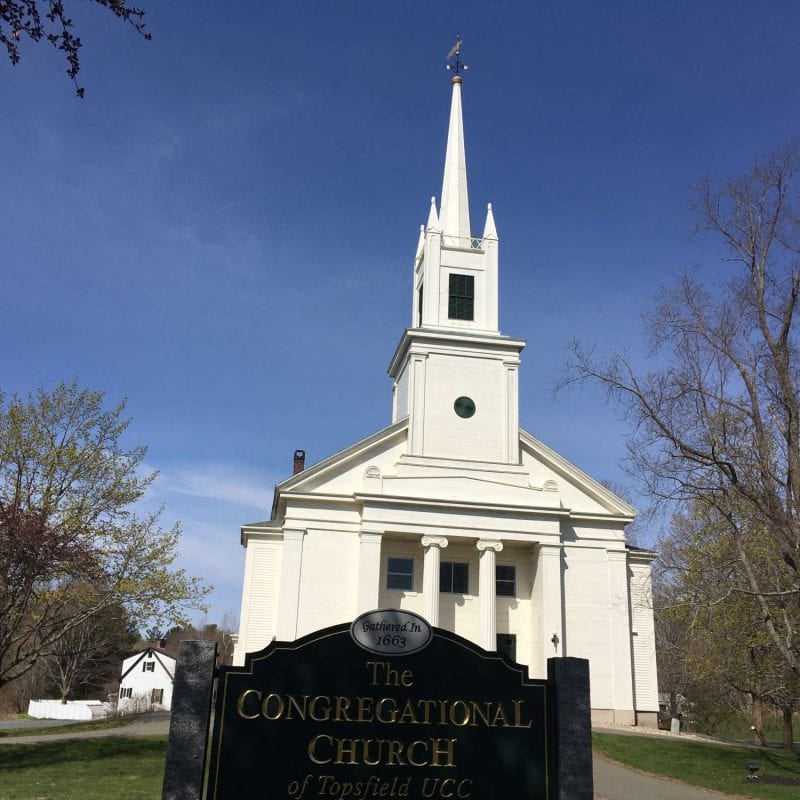