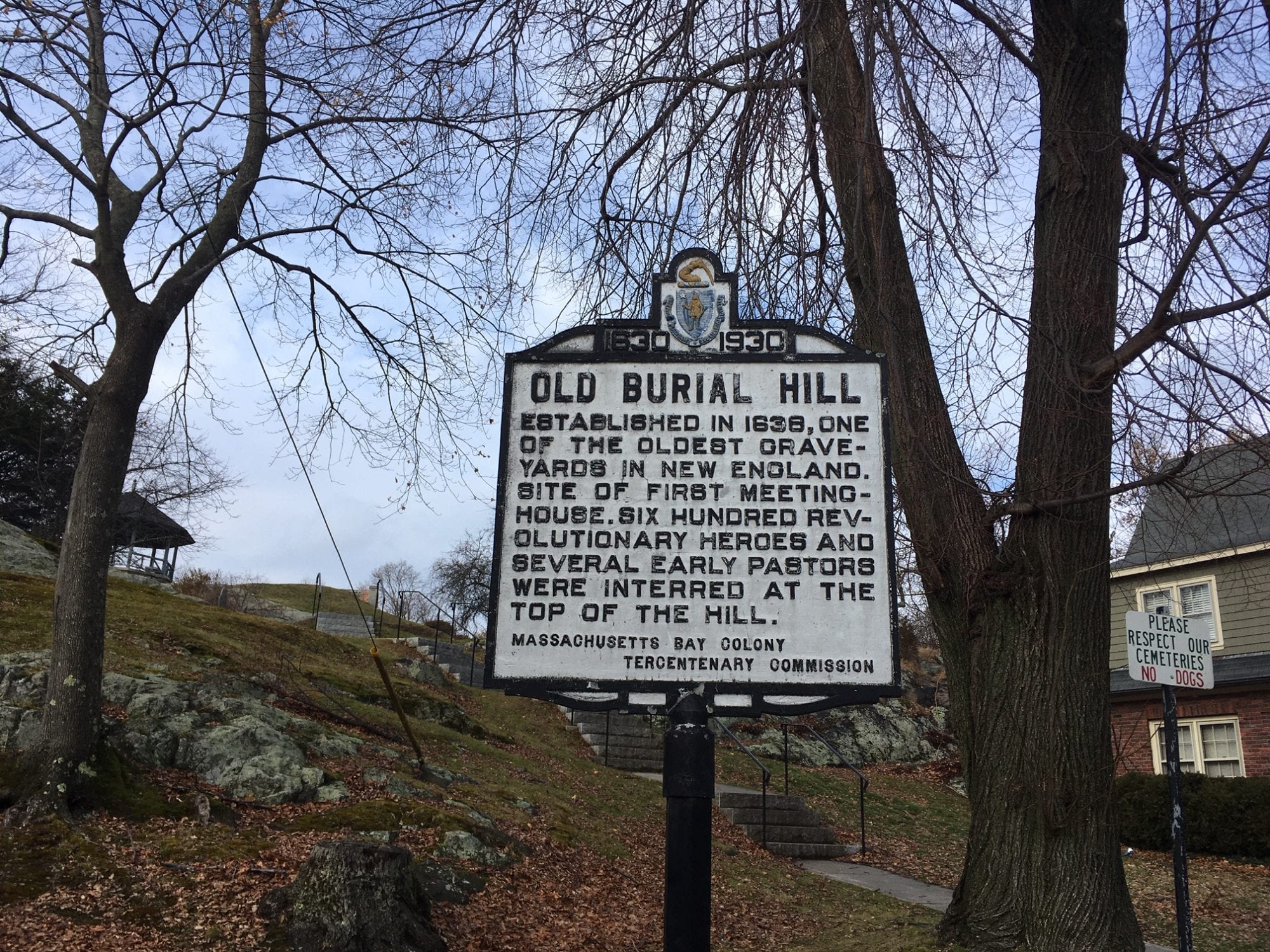 Old Burial Hill, established in 1638, is one of the oldest cemeteries in New England. A memorial stone for Wilmott Redd was erected here in 1998.

Old Burial Hill was established in 1638 at the site of Marblehead’s first meeting house. It is accessible via a walkway near Redd’s Pond and a stairway at the intersection of Pond and Orne Streets.

The cemetery has several 17th century stones as well as 600 Revolutionary War-era graves, most of which are unmarked. In 1998, a memorial stone was erected on the Pond Street side for Wilmott Redd, the only person from Marblehead who was executed for witchcraft in 1692.

Accessible via a stairway at the intersection of Orne and Pond Streets.

Access Old Burial Hill via a stairway at the intersection of Orne & Pond Streets. 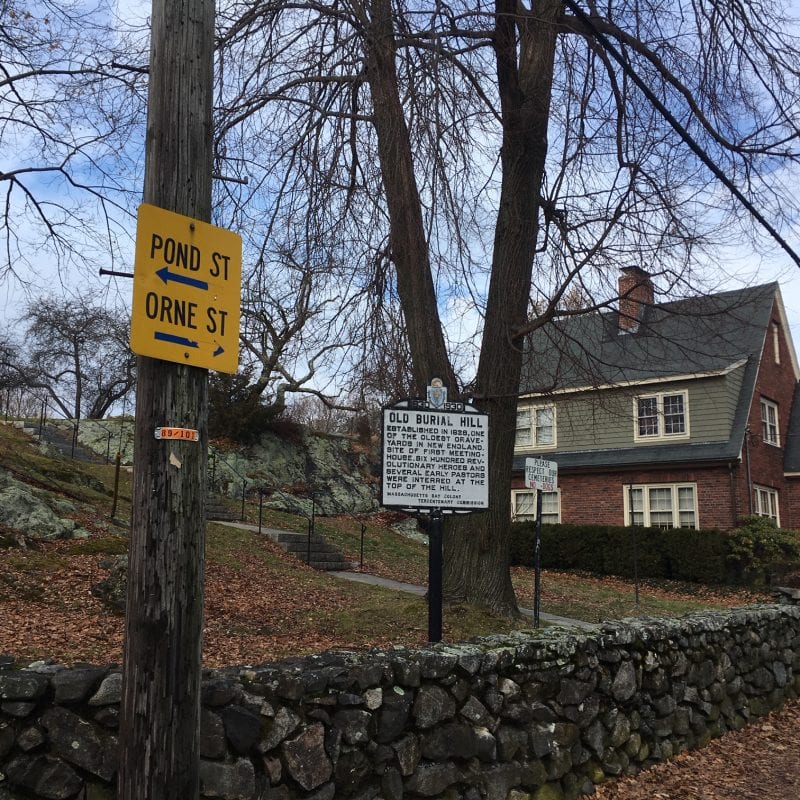 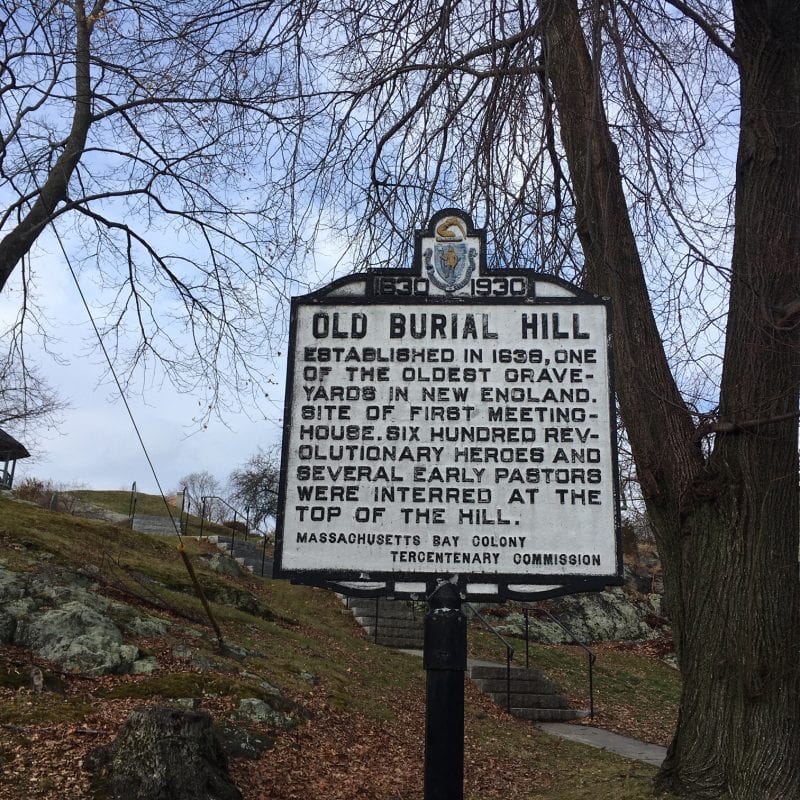 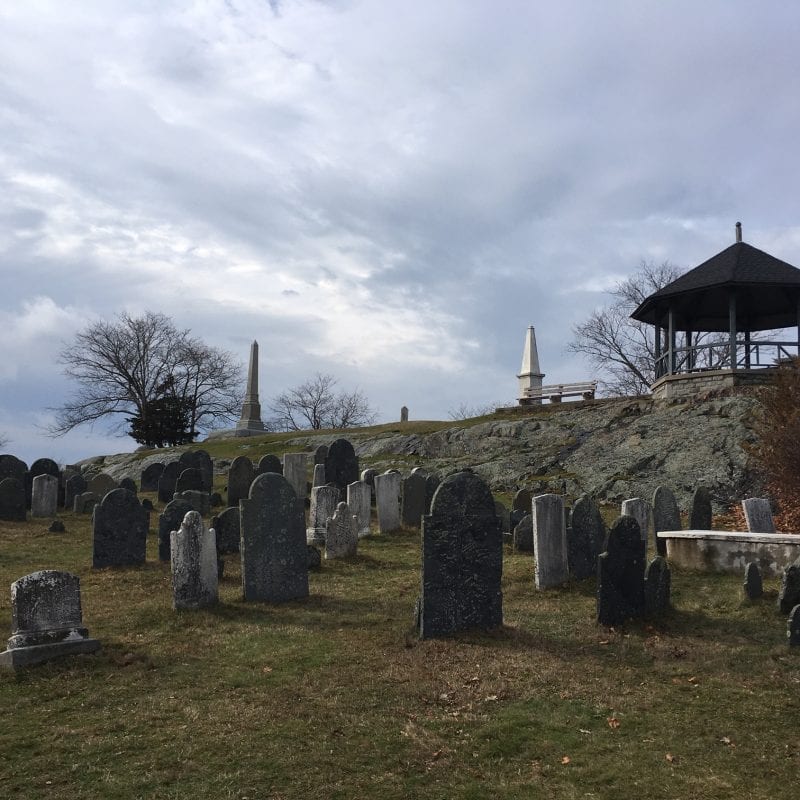 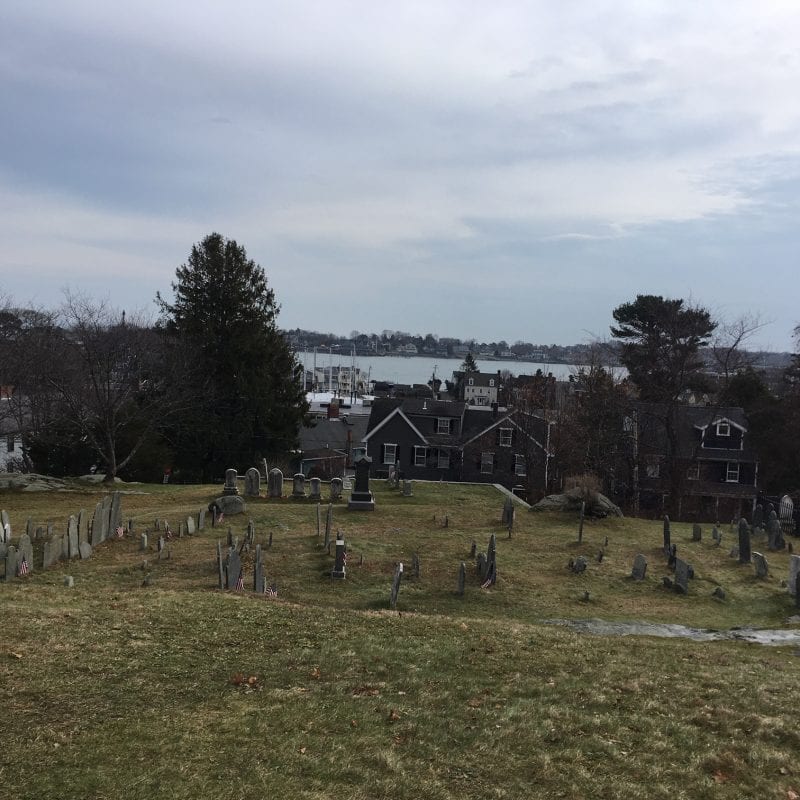