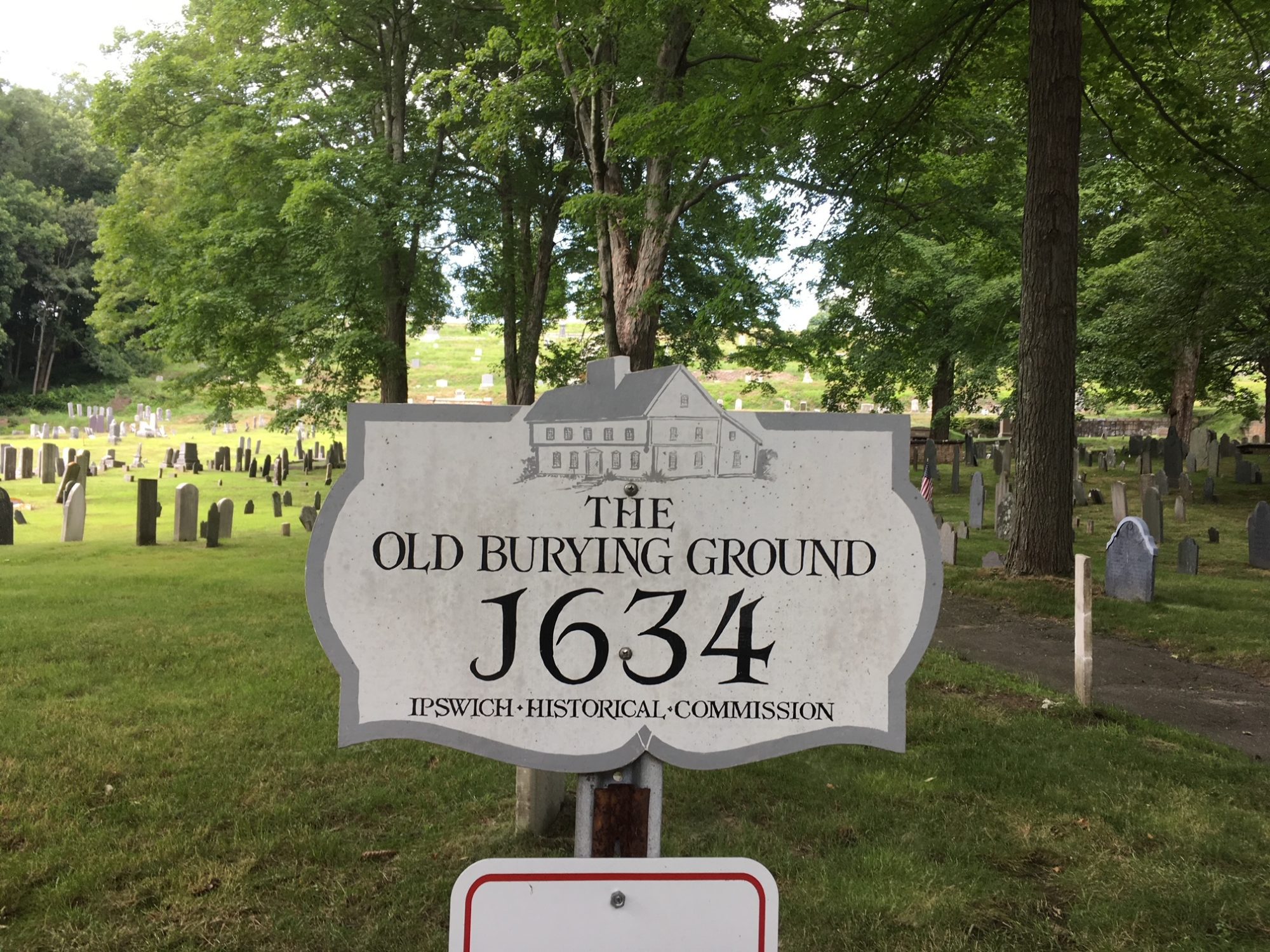 The Old North Burying Ground was established in Ipswich in 1634.

A burial ground was one of the first things the English colonists established in Ipswich. According to historian Thomas Franklin Waters in his 1905 book Ipswich in the Massachusetts Bay Colony, “They selected a goodly spot, the old ground at the foot of the sunny-hill slope on High Street, and the year, 1634, saw a very sorrowful company gathered about a new grave somewhere there, for Martha, the young wife of John Winthrop Jr., lived but a year after the settlement was begun, – the very first, perhaps, to be laid to rest there.”

Among those also buried here are Ipswich Deputy Sheriff John Harris, who transported accused witches to and from Ipswich jail and trial jurors to and from court proceedings in Salem; Thomas Hart, the first selectman of Ipswich, and his wife Alice (the home where they lived still stands on Linebrook Road, and today is  a restaurant known as the 1640 Hart House); as well as members of founding families the Mannings, Lords, Jewetts, Appletons, and Perkins.

The cemetery is located on High Street, also known at times in Ipswich’s history as The Great Street, Hill Street, The Long Street and “the way to the meeting house.”

View from the top of the cemetery 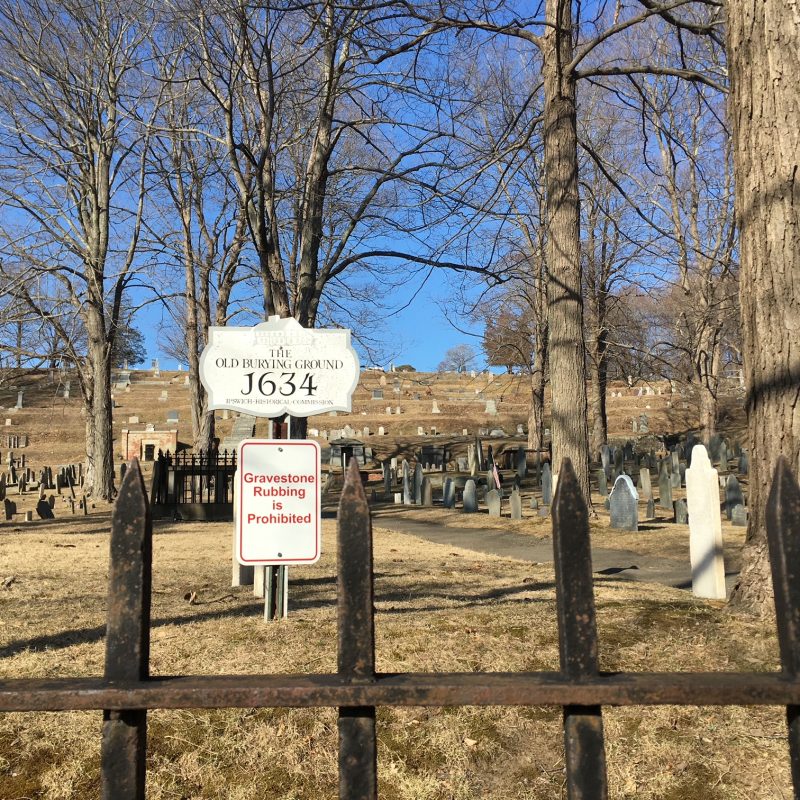 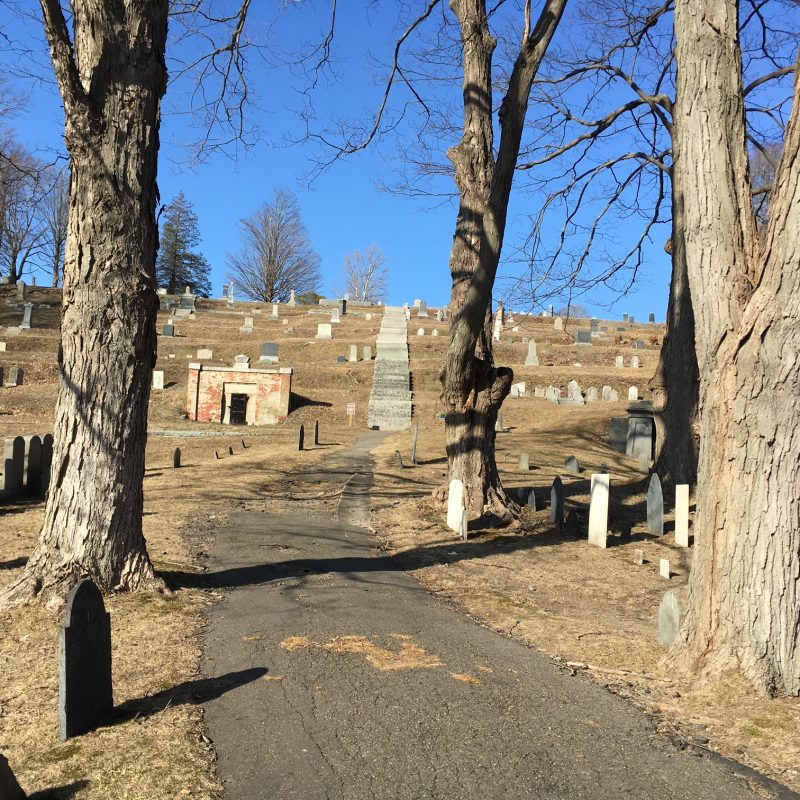 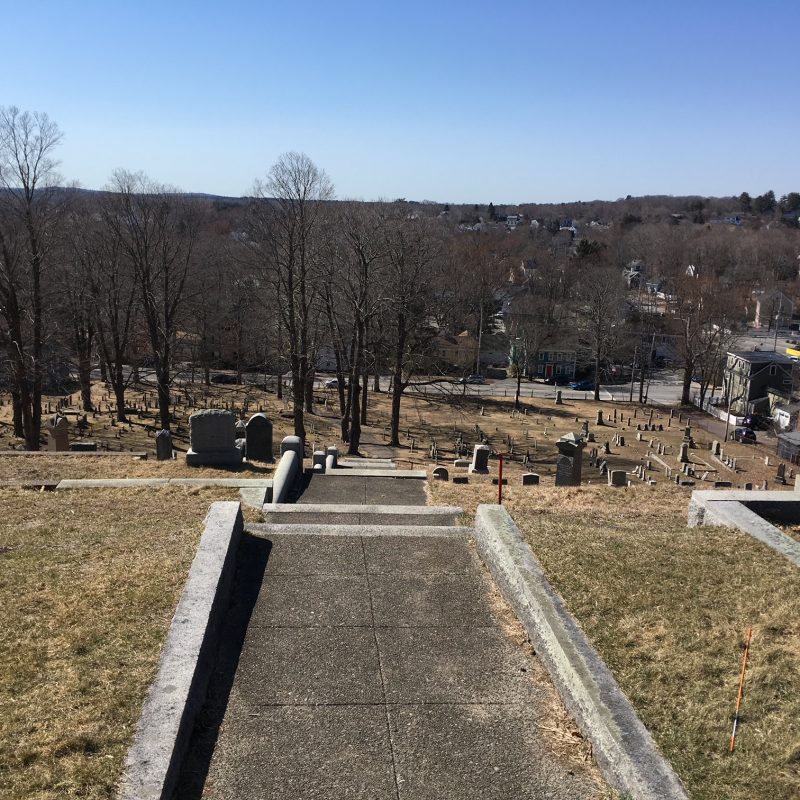 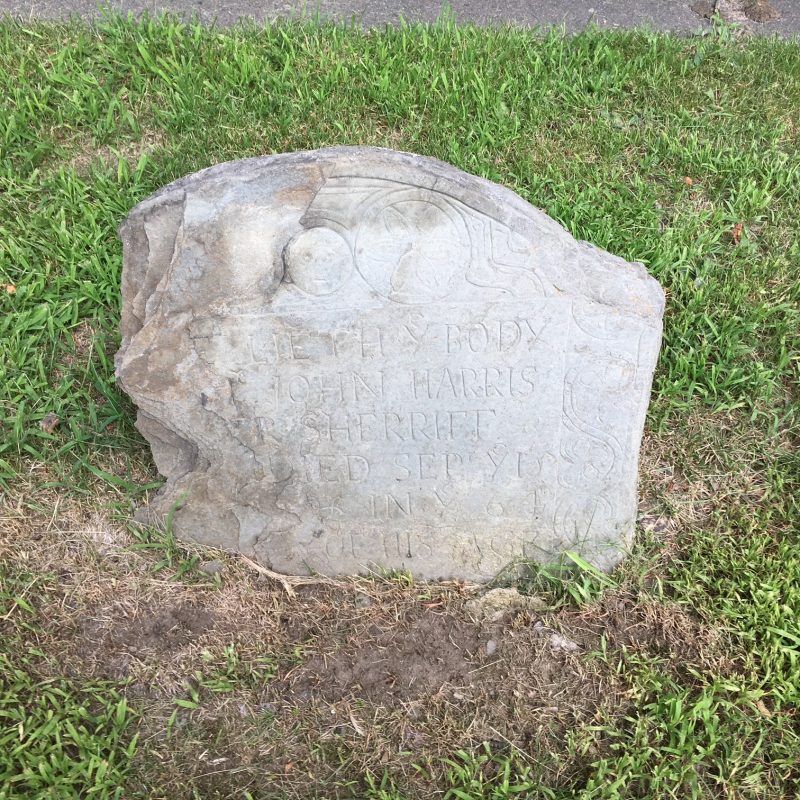