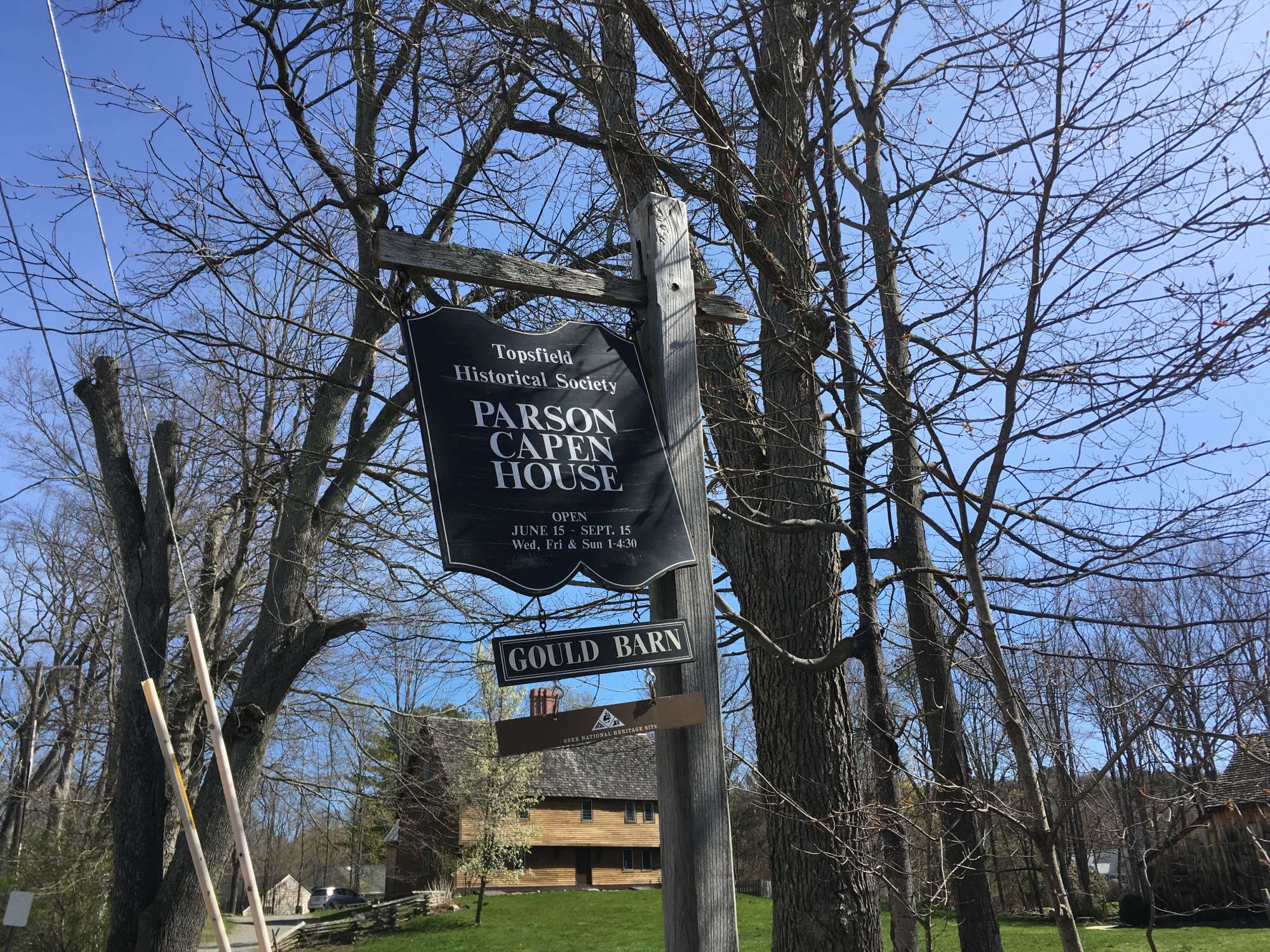 The Parson Capen House was the home of Topsfield’s minister Joseph Capen from 1683 to 1725.

Parson Joseph Capen was the minister in Topsfield during the witch trials of 1692. His house, described by The Architectural Record in 1915 as, “One of the best-preserved houses of the earlier colonial period in New England,” still stands today at 1 Howlett Street. It has been owned and maintained by the Topsfield Historical Society since 1913.

Joseph Capen, born in Dorchester, MA in 1658, and graduated from Harvard College in 1677, agreed to become Topsfield’s minister in 1682, but declined to live in the existing parsonage which had been the home of ministers Thomas Gilbert and Jeremiah Hobart. He was given twelve acres “of land and medow and swamp,” where he built his house in 1683 (the date of ‘July 8, 1683’ is inscribed on a beam in the parlor).

Capen was ordained as Topsfield’s minister in 1684. That same year, he married Priscilla Appleton of Ipswich, with whom he had seven children. At the time he became Topsfield’s minister, the Topsfield congregation included Isaac and Mary Easty, and John and Sarah Wildes. The wives of both couples were hanged for witchcraft eight years later. The congregation included many people who were involved in the tragedy – among them members of the Hobbs family, the How family, Nehemiah Abbott, the Gould family and the Redington family – both accused and  accusers.

Capen, who led his congregation for forty years until his death in 1725, appears to have been a calm and reasonable voice during the dramatic and tragic events. He was a contributor to Cotton Mather’s Return of Several Ministers written in June of 1692, written after Governor Phipps consulted the congregational ministers for their input on their legal view of witchcraft under the new charter. The contributing ministers cautioned against the use of spectral evidence and folk tests as proof of guilt.

A diary entry of June 13, 1692 tells of Capen’s mediation between John Gould (former brother-in-law of John Wildes, who was now the husband of Sarah Wildes) on one side and John How (brother-in-law of Elizabeth How) and Jacob Towne (brother of Mary Easty and Rebecca Nurse) on the other, ostensibly regarding Gould’s 1685 imprisonment for treason. At that time, John Wildes and John How testified against Gould, whose imprisonment did not last long.

Despite Capen’s efforts to find peace, all four women mentioned above were subsequently hanged: Wildes, How, and Nurse just weeks later, in July, and Easty in September. A complicated and personal backstory certainly contributed to the women’s deaths. Not only had Wildes’ husband John Wildes and John How accused Gould of treason in 1685, but Gould’s sister Priscilla, who had died in 1663, was Wildes’ first wife. When he married Sarah a mere eight months later, the Gould family was not only angry, but began accusing Sarah of witchcraft. Gould was also related to the Putnams of Salem Village, who had ongoing, and losing, border disputes with the extended Towne family – including the Eastys. The Putnams were principal accusers during the trials. The treason accusation and the longstanding family disagreements surely added fuel to the fatal outcomes.

When Mary Easty and her sister Sarah Cloyce (who was living in Salem Village in 1692) were both accused of witchcraft, after their older sister Rebecca Nurse had been accused of the same, they named Parson Capen as a person who would vouch for their innocence. According to Bernard Rosenthal, in Salem Story: Reading the Witch Trials of 1692, “…the record suggests some continuing uncertainty on the part of the court as to how to deal with [Mary Easty]. This may have been due to the support she received from her minister, Joseph Capen.”

Sadly, Mary Easty was hanged, with seven others, on September 22. Sarah Cloyce escaped execution, as the Court of Oyer and Terminer was dissolved by Governor William Phips in October. There would be no more hangings.

Also in October, Parson Capen was one of the ministers who signed the introduction to Increase Mather’s Cases of Conscience of Evil Spirits, which reiterated that the devil could take on the appearance of an innocent person. Spectral evidence would no longer be allowed in future court cases.

Anna Balch Jordan, the great-great-great granddaughter of Joseph and Priscilla Capen, inherited the house from her father in 1897. In 1913, she sold it to the Topsfield Historical Society, whose secretary George Francis Dow then beautifully restored the building. Dow’s invaluable History of Topsfield, Massachusetts was published posthumously in 1940.

The Parson Capen House was designated a National Historic Landmark in 1960.

Also on the property is the Gould Barn, built by the Gould family and owned during the Revolutionary War by Joseph Gould, great-grandson of Zaccheus Gould, one of the early founders of Topsfield.

Another view of the Gould Barn 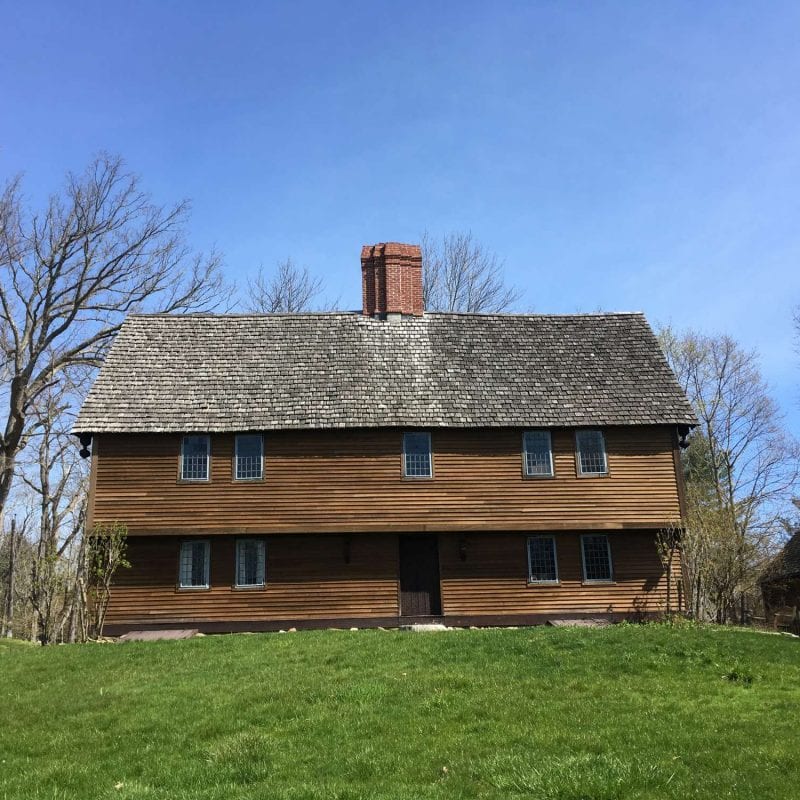 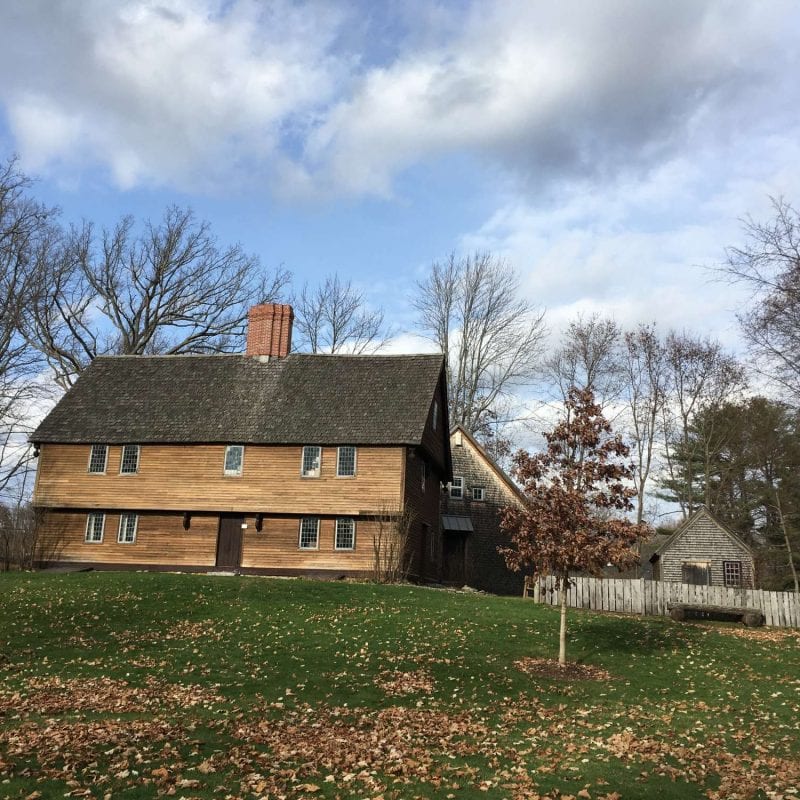 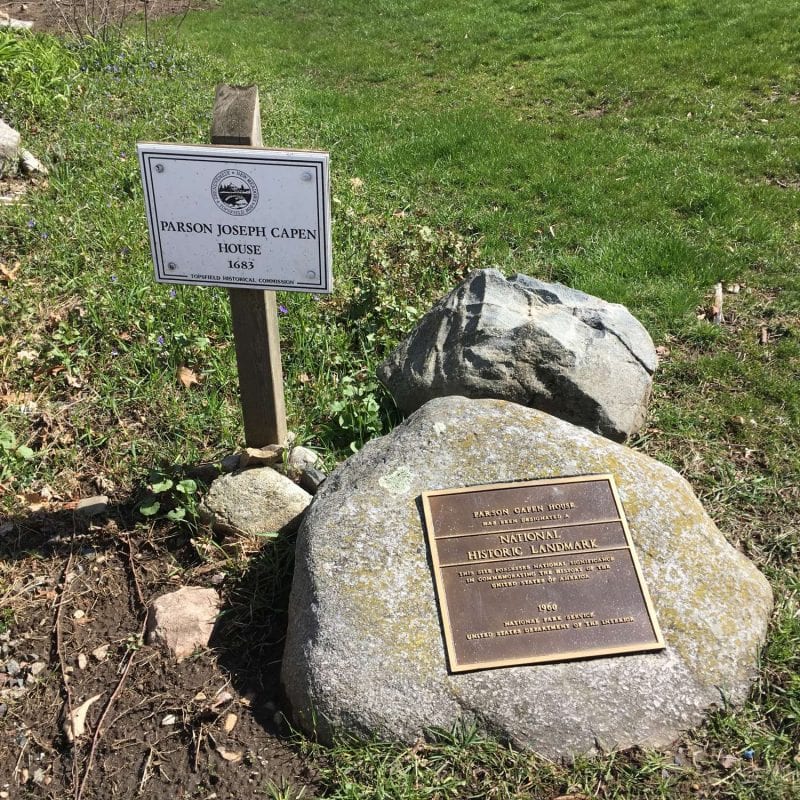 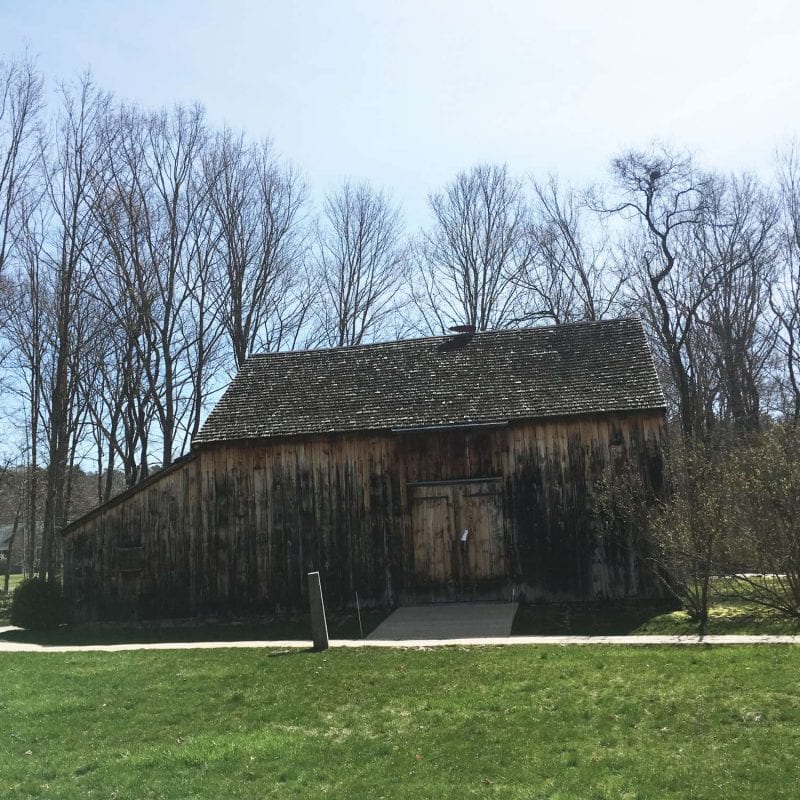 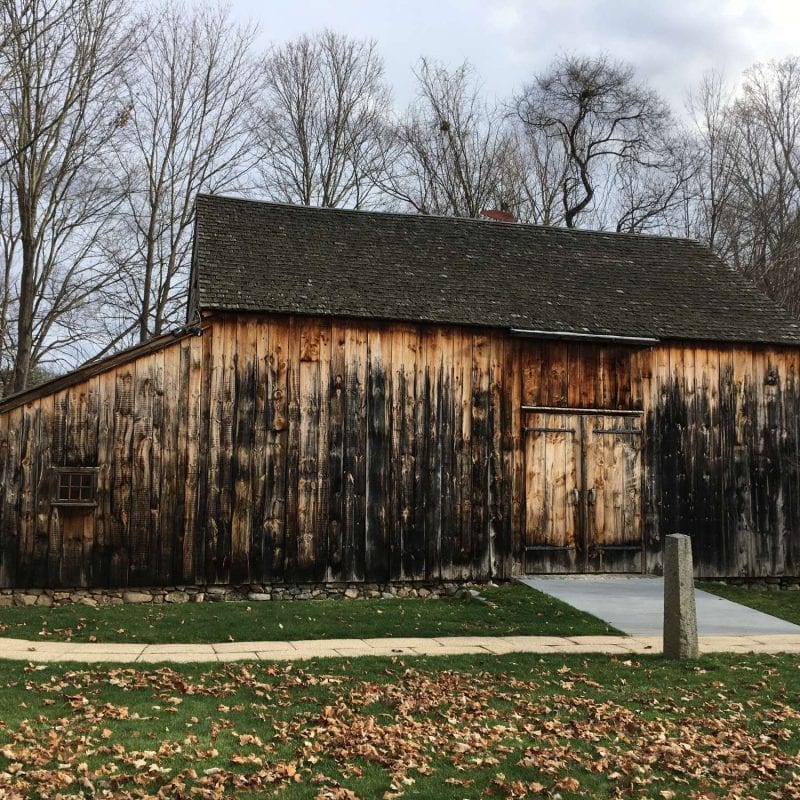