485R Maple Street, located at the end of a small asphalt path next to the Massachusetts State Police Barracks on Route 62, just west of its intersection with Route 1. This is a private cemetery.

Beneath the earthen mound, located to the left just inside the entrance to the cemetery, are the unmarked graves of Thomas Putnam, his wife, Ann Putnam Sr., and their daughter Ann Putnam Jr. In 1692, the Putnams were one of the most powerful families in Salem Village, playing a major role in the witch hunt. Thomas and Ann Sr. died within two weeks of one another in 1699; Ann Jr. died seventeen years later. In 1706, Ann Jr. publicly asked forgiveness from those she had accused in 1692.

Tucked next to the Massachusetts State Police barracks at the intersection of Route 62 and Route 1 is the private Putnam cemetery. It is north of Hathorne’s Hill, originally settled by Hathorne patriarch William Hathorne, whose son, Judge John Hathorne, was the lead questioner on the Court of Oyer and Terminer. The Putnams owned hundreds of acres of land around Hathorne’s Hill in 1692. The home of Sergeant Thomas Putnam, his wife Ann, and their daughter Ann was on the southwest side of the hill. Nearby, to the northwest, Thomas Putnam’s brother, Deacon Edward Putnam, lived next to the Ipswich River. To the northeast of Hathorne’s Hill was the home of half-brother Joseph Putnam.

Buried in an unmarked grave, visible as a mound to the left when one enters the cemetery, are Thomas Putnam, his wife Ann Sr., and his daughter Ann Jr. – the three principle accusers in the center of the witchcraft hysteria of 1692 who drove the trials forward. In his More Wonders of the Invisible World, Robert Calef described them: “…that family of the Putnams, who were the chief prosecutors in this business.” An unknown illness came into the family in 1699, killing Thomas at the age of 46 and, two weeks later, his 37-year-old wife Ann. Daughter Ann died in 1716 at the age of 36.

Thomas Putnam (Jr.) was from the third generation of Putnams in Salem Village. He was the eldest son of Thomas Putnam (Sr.), who himself was the eldest son of John Putnam, one of the founders of Salem Village who had arrived from England in the early 1640s. Although still head of one of the wealthiest families in the community, by the 1690s, Thomas Putnam was seeing his prospects diminish, while those of other families, like the Porters and the Nurses, were on the rise. Thomas had also aligned himself with the new minister, Samuel Parris, when Parris arrived in 1689. Parris divided people, rather than uniting them, and the community became factionalized around support for or against him. Parris also expected to be treated with obedience and honor, and was not afraid to use fear (of the Devil, especially) to obtain deference from his parishioners.

It may have been envy and resentment over the success of other families, or struggles to move up in the ranks – politically and economically – that drove Thomas Putnam in his zeal to ferret out “witches” from the community. He found his suspects among his enemies.

Thomas married Ann (Carr) Putnam in 1678. Ann, aged 17, was of the Carr family of Salisbury, MA. She was the youngest of ten children. As a child, she had witnessed family disagreements with Mary Bradbury, who would be accused of witchcraft in 1692, possibly at the instigation of Ann. Ann’s sister Mary was married to James Bailey of Newbury, who became the first minister of Salem Village in 1672. After their marriage, Thomas and Ann Putnam  lived in Salem Village, on a 150-acre farm given to them by Thomas’s father.

The records reveal that Ann was a troubled woman, seeing visions and having great struggles with the specters of witches and the ghosts of the dead. Ann lost children in infancy, as did her sisters. Some of her siblings died at a fairly young age. She, like many in 17th century New England, was afraid of Native and French attacks. In 1692, Ann had recently lost a child and was pregnant again. Hers must have been a hard and traumatic life, filled with fear and resentment toward her neighbors. Often it was Ann Sr. who encouraged her daughter Ann Jr. to name names, sending numerous people to their deaths in 1692.

Ann Putnam Jr. is a fascinating character of history. She was a mere child of twelve years old, yet was at the center of the witchcraft accusations in 1692. As the other youngest children dropped out of the circle (9-year-old Betty Parris by March and 12-year-old Abigail Williams by June), Ann Jr. became the leader of a group of 17-to-20-year old girls, and adult women, and even men, particularly slave John Indian, who continued to be afflicted and accused their neighbors of sorcery. What drove her? She was often encouraged by her mother to identify witchcraft suspects. Her home was the center of those who met to discuss the witch invasion of Essex County and the efforts to rid the Commonwealth of the Devil. She and the other afflicted accusers were given great power and attention, even brought to distant communities to identify their witches. It must have been a heady experience for a little girl who under normal circumstances would have been invisible. Family tradition says that Ann, the oldest of the Putnam children, looked after her siblings after her parents’ deaths in 1699. To her credit, and with the help of Salem Village minister Joseph Green, Ann Putnam Jr. is also remembered as one of the few who apologized for her actions. In 1706, she stood in front of the Salem Village congregation, while her apology was read aloud by Reverend Green.

“And particularly, as I was a chief instrument of accusing Goodwife Nurse and her two sisters, I desire to lie in the dust, and to be humbled for it, in that I was a cause, with others, of so sad a calamity and earnestly beg forgiveness of God, and from all those unto whom I have given just cause of sorrow and offence, whose relations were taken away or accused.”

Next to the State Police barracks is the path to the private Putnam family cemetery.

To the left is an unmarked grave.

It is thought Ann Putnam Jr. was the last to be buried in the family tomb.

A memorial stone for Israel Putnam, great Revolutionary War hero and son of Joseph Putnam, the half-brother of Thomas Putnam.

Another Joseph Putnam who fought in the Revolutionary War. 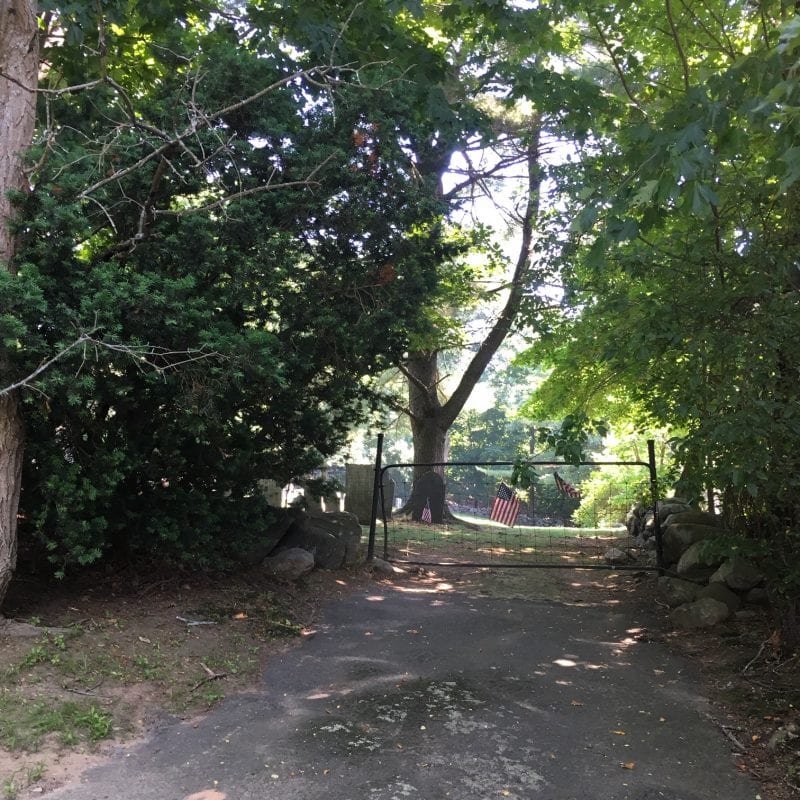 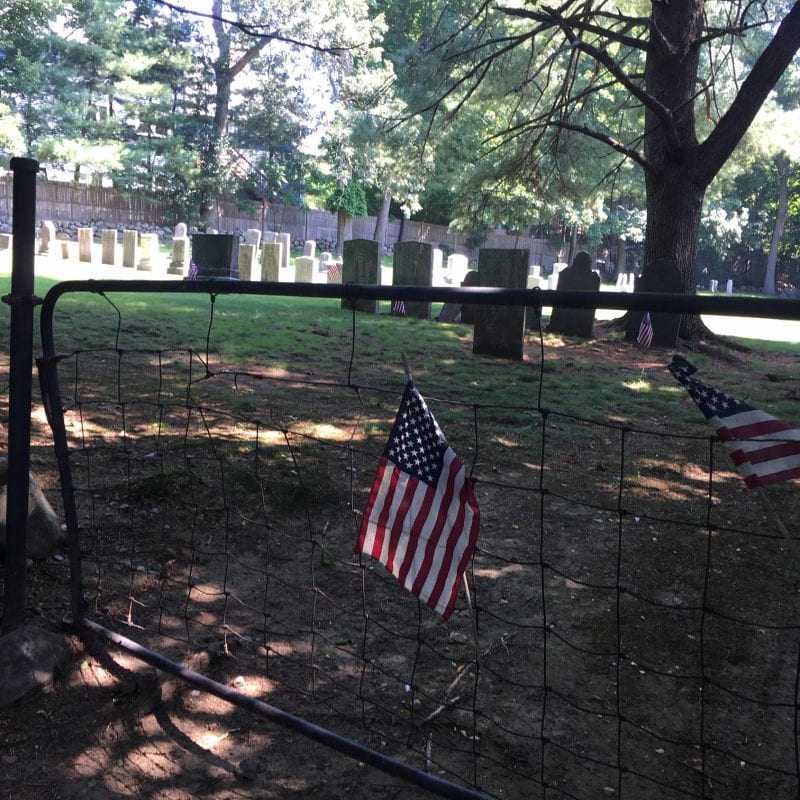 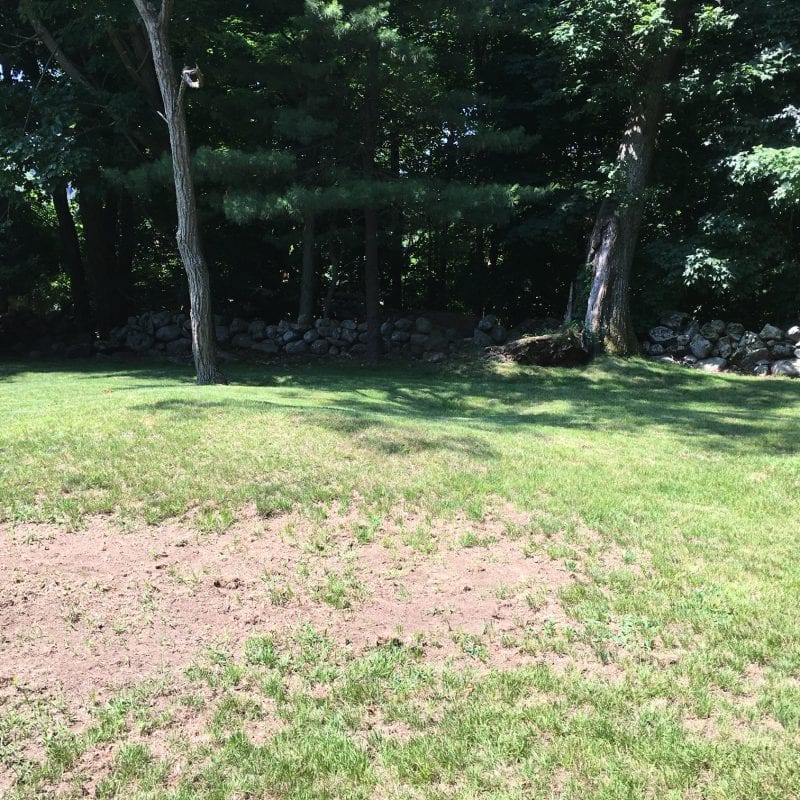 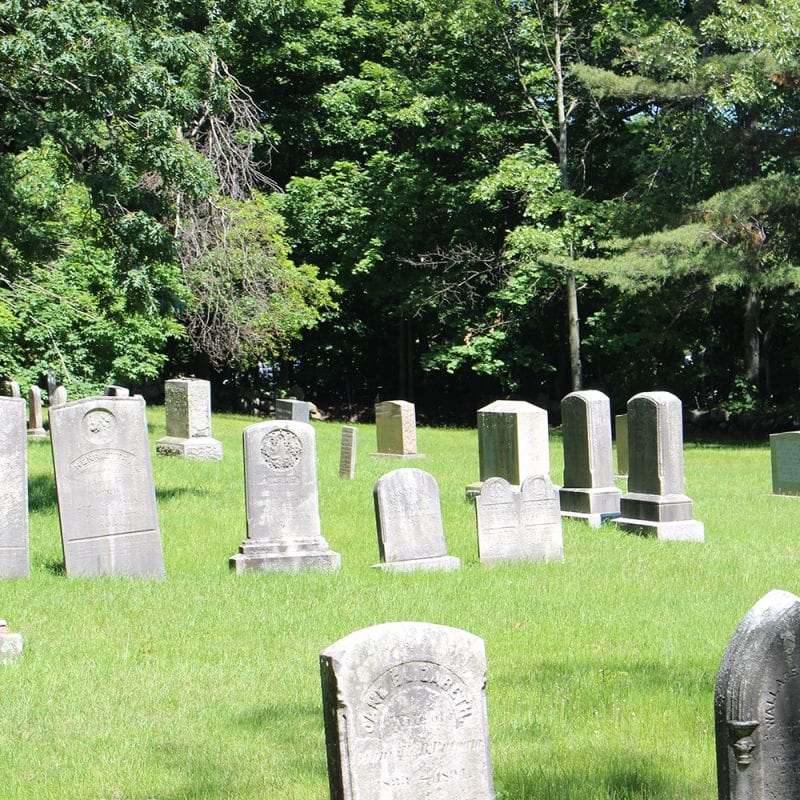 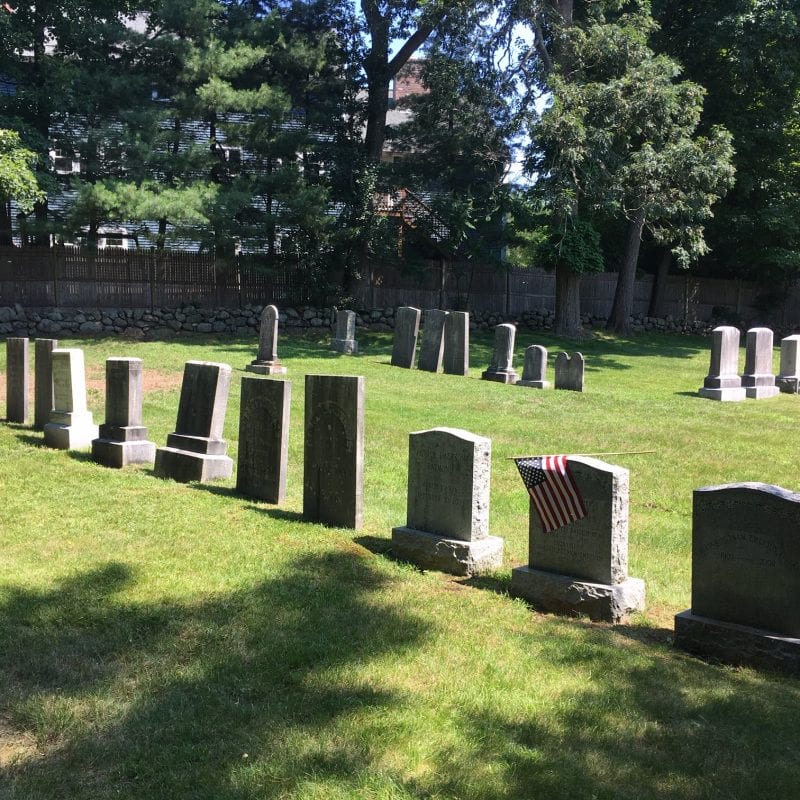 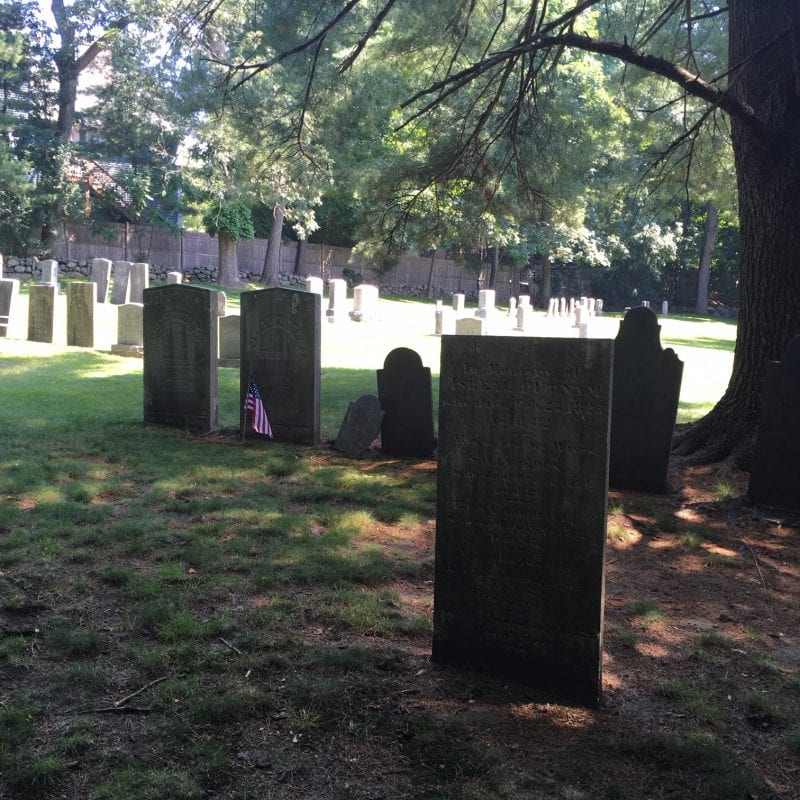 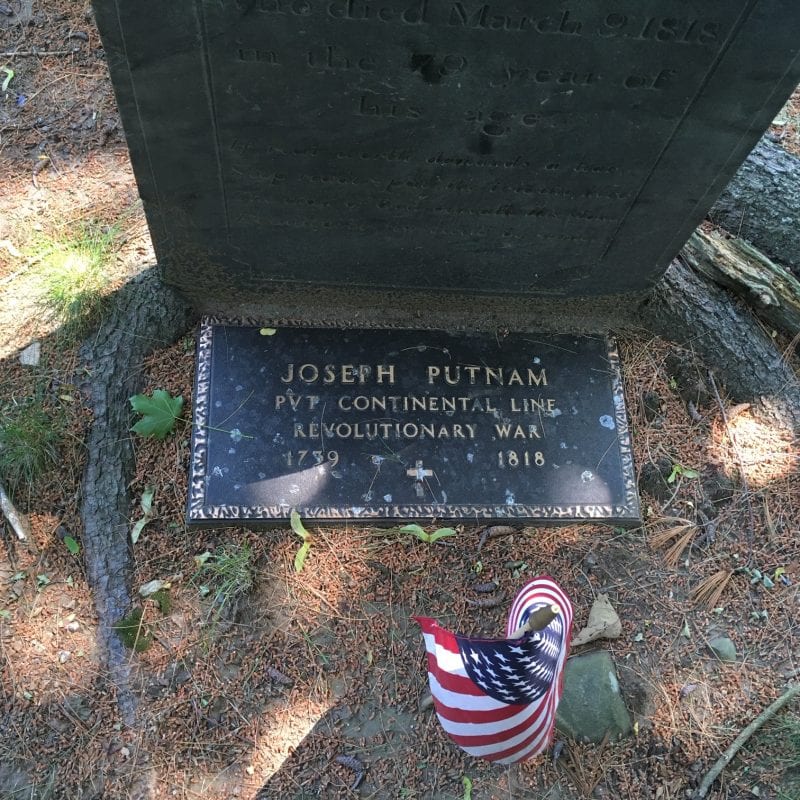