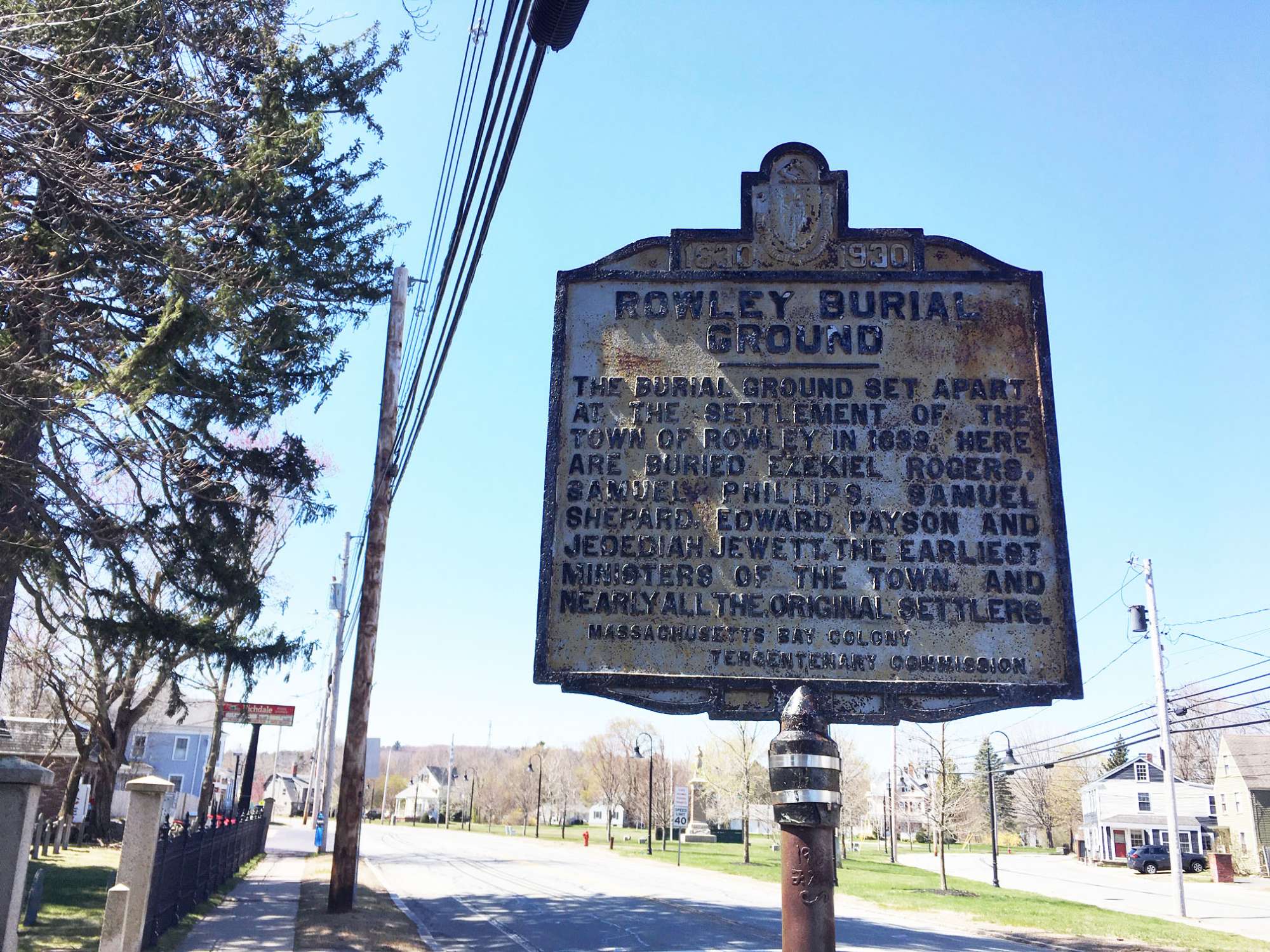 The Rowley Burying Ground was set aside in 1639 when the town was first founded.

The Rowley Burying Ground was set apart in 1639 when the town was first founded by Ezekiel Rogers and more than sixty families of immigrants from England.

Buried here are the early ministers of the town and, according to the sign on Main Street, “nearly all the original settlers.”

Near the street, on the left-hand side (facing the cemetery) is an 1851 memorial that marks the remains of the early ministers, including Ezekiel Rogers, Samuel Phillips, and Edward Payson.

A memorial to the early ministers of Rowley was erected in 1851.

The grave of Susannah (Scales or Searle) Scott, married to Margaret Scott's son Benjamin. She died in 1719 and is buried in the Rowley Burying Ground. 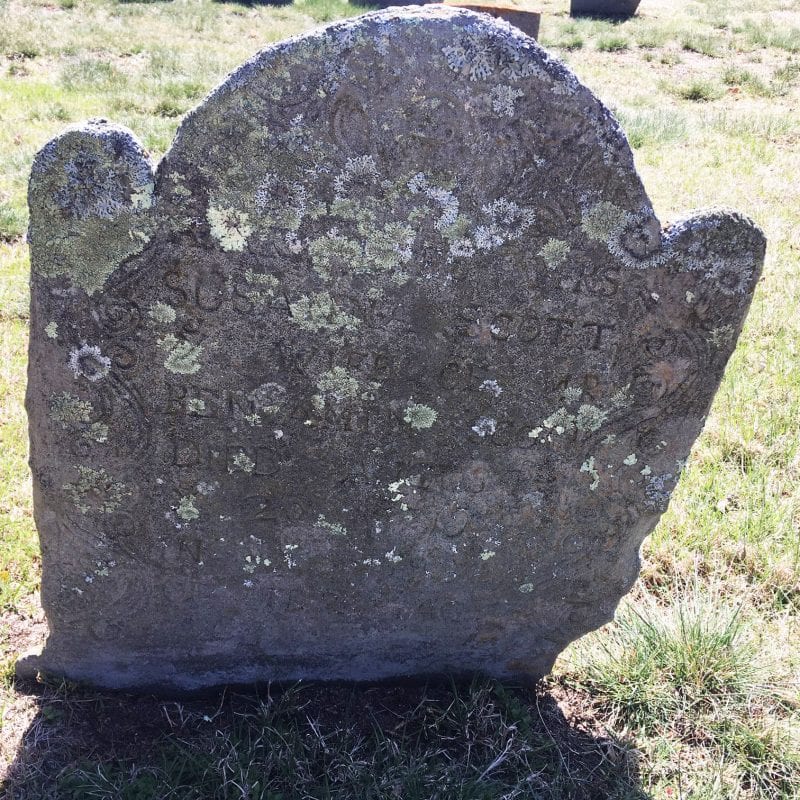