Daniel Andrews, one of the wealthiest men in Salem Village, was accused of witchcraft in May of 1692. He fled to avoid arrest.

More About Sarah and Daniel Andrews Home, Site of

Three neighboring households on the east side of Salem Village were caught up in the delusion of 1692, all with family members accused of witchcraft: Sarah and Peter Cloyce, Rebecca and George Jacobs Jr., and Sarah and Daniel Andrews (alternate spelling Andrew). Paul Boyer and  Stephen Nissenbaum, in their 1974 book Salem Possessed: The Social Origins of Witchcraft, say that both Cloyce and Jacobs Jr. were tenants of the wealthier Andrews.

In 1687 Andrews was one of four villagers (the others being Joseph Porter, Joseph Hutchinson, and Job Swinnerton) who asked for a special village committee to address their “grievances relating to the public affairs of this place.” Andrews, like other members of the Porter family, was often in disagreement with the Putnam family, and did not support the ministers they backed.

In 1691, the sitting village committee was made up of supporters of Reverend Samuel Parris, who had arrived in 1689. In October of 1691, the old committee members were voted out and new members were voted in, including Andrews, Joseph Porter, and Joseph Hutchinson, as well as Joseph Putnam (half-brother of Thomas Putnam) and Rebecca Nurse’s husband Francis. This committee served during the entire period of the witchcraft trials. They were decidedly anti-Parris. They were particularly curious about why ownership of the parsonage had been transferred to Parris when he became minister.

The “afflictions” of young Salem Village girls began in the winter of 1692. Eminent men of the community stated the cause of these troubles must be witchcraft. The first three women to be accused of compacting with the devil were perfect targets – a beggar, a bedridden woman with scandal in her past, and a slave. Soon, though, fingers were pointing at God-fearing, respected members of the community, one of whom was Rebecca Nurse.

Andrews was concerned when Rebecca Nurse’s name was raised as a possible witch. Around the third week of March, he went, as part of a committee of four (the others were Israel Porter and his wife Elizabeth – sister of John Hathorne – as well as Peter Cloyce, who was married to Rebecca’s sister Sarah) to warn her of the gossip. Rebecca was amazed to learn that she could be suspected of witchcraft, and wondered, “. . . what sin hath God found out in me unrepented of, that he should lay such an affliction upon me in my old age?” Rebecca Nurse was arrested on March 24. Andrews was one of the 39 people who later signed a petition in her defense. Despite her family, friends, and neighbors defending her innocence, Rebecca Nurse would be convicted and hanged on July 19.

Daniel Andrews himself was accused of witchcraft in the spring. Rumblings began in April, the same month he was elected as a Salem Town selectman. Among his accusers by mid-May were Ann Putnam Jr., Mercy Lewis, Mary Walcott, and Abigail Williams – the girls likely getting their target list from Thomas Putnam and Samuel Parris. On May 14, a complaint was filed and an arrest warrant was issued for Andrews, which also named his brother-in-law and neighbor George Jacobs Jr. Marshal George Herrick reported that when Contable John Putnam arrived at Andrews’ home, it was discovered he’d fled, likely with Jacobs Jr.

Why was Daniel Andrews accused?

In disputes, he sided with the Porters, enemies of the principle accusers, the Putnam family and their allies. His election as a Salem Town selectman in April likely angered the Putnams, who themselves wanted to enter town politics. He was also something of an outsider. Daniel Andrews was born in Watertown MA and moved to Salem Town in 1669 when he was 25-years-old. He became a sought-after craftsman, principally a bricklayer, who worked on both the Jonathan Corwin house and the meetinghouse constructed in 1677. With his marriage to Sarah Porter, he also acquired a large piece of land in Salem Village and moved to a house on the property. Over the years he increased his Salem Village land, and in February of 1692, purchased a landing wharf on the Frost Fish Brook, which flowed into the Frost Fish River. This allowed him to easily bring supplies in, and ship his own agricultural products to Salem Town. While a large landowner in Salem Village (by 1695 Andrews was the fourth wealthiest man in the community), he would always remain a “Townsman” at heart and, possibly, considered an outsider by his fellow villagers. He was also related-by-marriage to the Jacobs family. By the time his arrest warrant was issued, George Jacobs Sr. and his granddaughter Margaret were already in jail, accused of witchcraft.

It is not known where Andrews and George Jacobs Jr. waited out the turmoil. Although Constable Herrick said it was “out of the country,” they were probably not too far away. When Andrews returned from hiding, he resumed something of a normal life. He was on the rates committee of the village, along with Joseph Putnam and Francis Nurse. The three men refused to collect taxes in late 1693 which would pay Reverend Parris’s salary and repair the meetinghouse.

The approximate location of the site of Daniel Andrews home is in the Juniper Ridge Open Space, near the intersection of Wenham Street and Wildwood Road.

The intersection of Wenham Street and Wildwood Road, looking toward the Juniper Ridge Open Space. 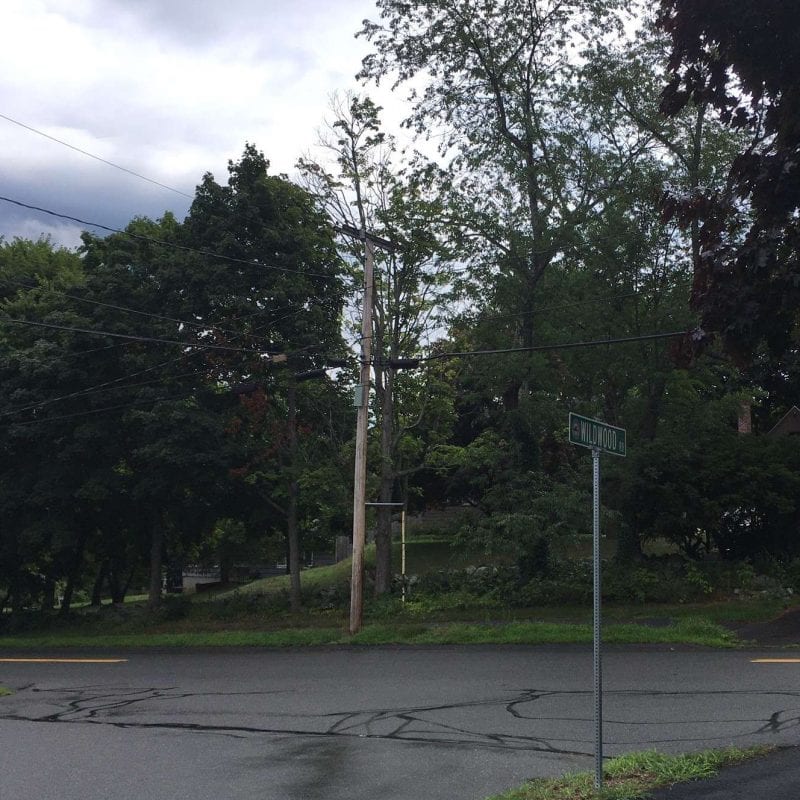 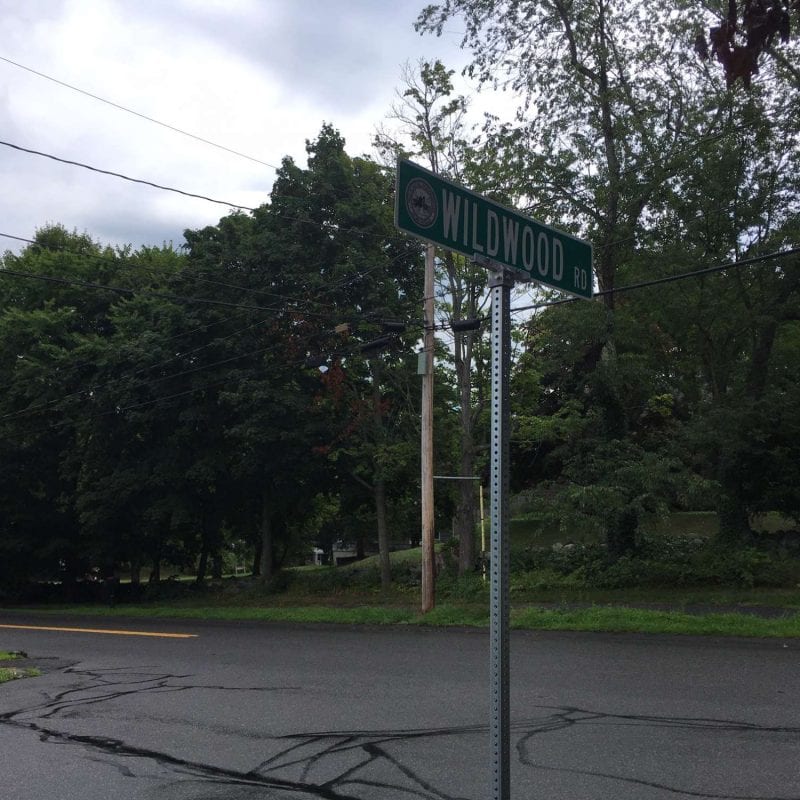 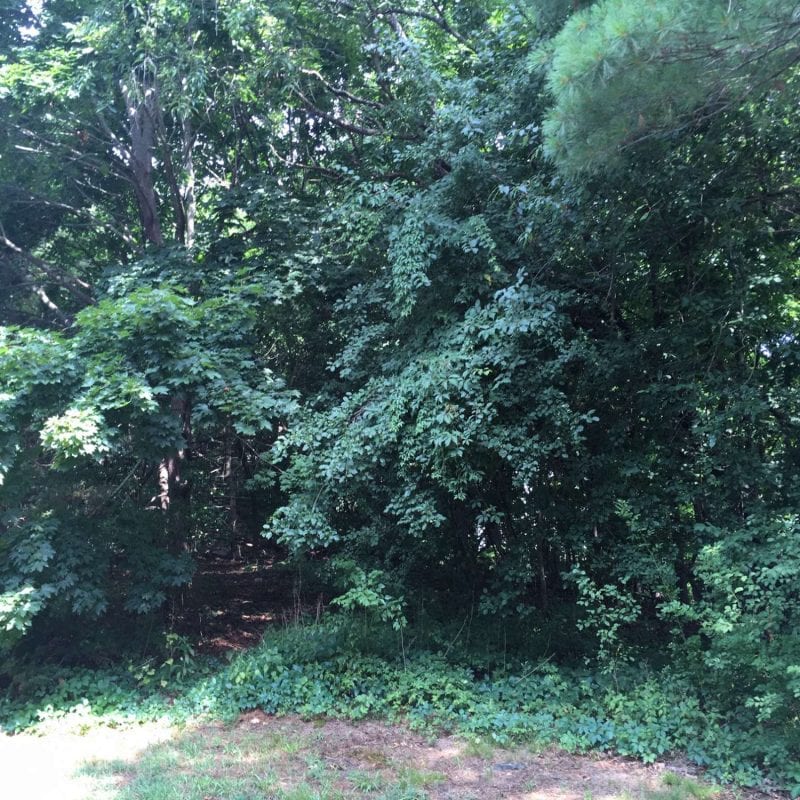