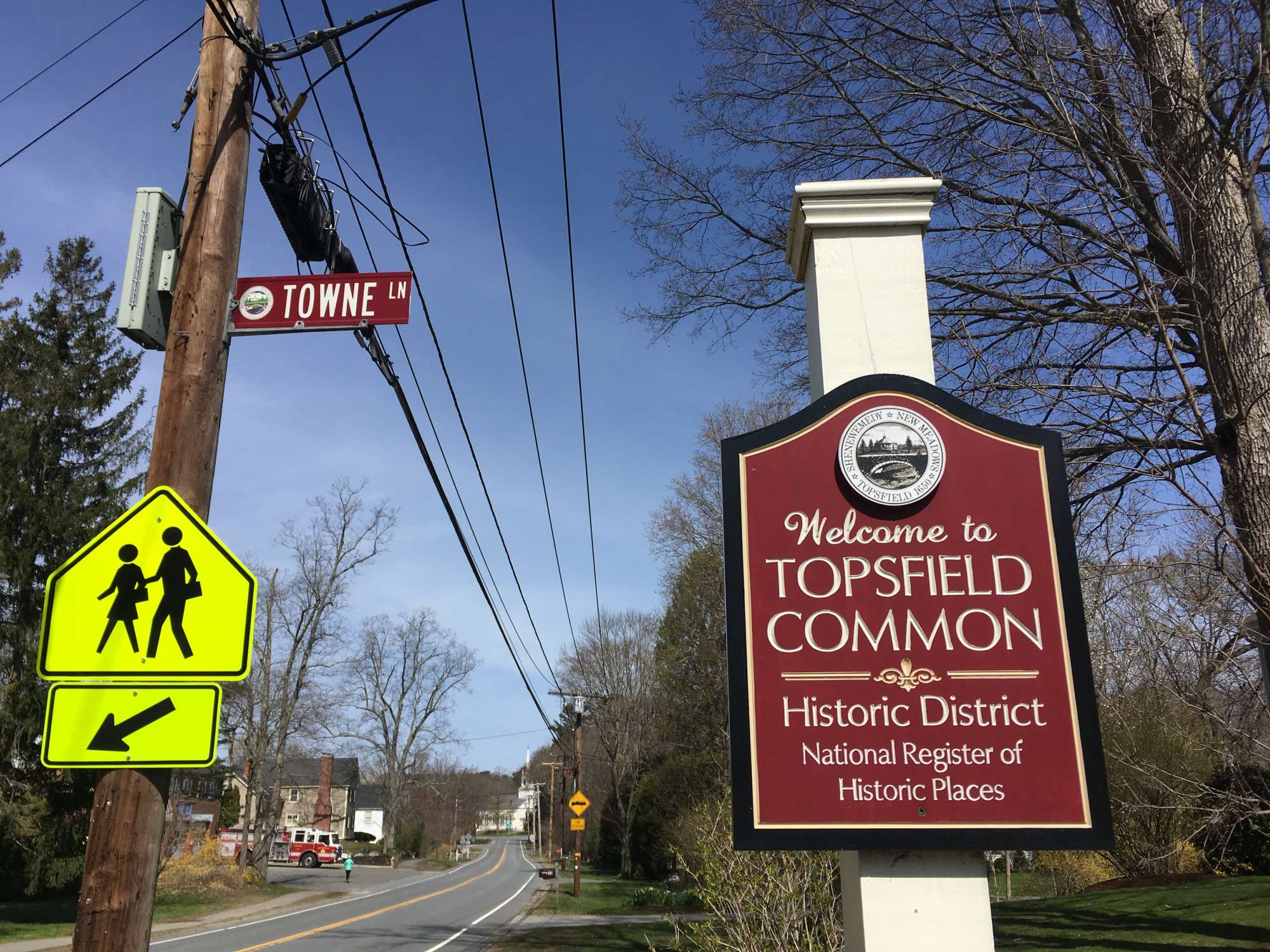 When Topsfield was incorporated in 1650, a training ground was established.

Topsfield’s training ground was established by 1650, the year the town was officially incorporated.

Today’s Topsfield Common is part of the old training field, where local militias began drilling practices in the 17th century. There is a fascinating record from June of 1685 telling of drunkenness and rioting during a training day, complete with fighting and swearing.

The memorial stone dedicated to the three women from the Topsfield area who were executed for witchcraft in 1692 – Mary Easty, Sarah Wildes, and Elizabeth How – was erected by the Topsfield Historical Society in May of 1992 on the three hundredth anniversary of the tragedy. The stone stands directly across from the Congregational Church, which occupies the site of Topsfield’s third and fourth meeting houses, built in 1703 and 1759, respectively.

One of the most eagerly awaited annual traditions is Topsfield’s Strawberry Festival, which takes place on the common and includes not only strawberries, but exhibits from juried artisans, music, tours of the Parson Capen House, and the Friends of Topsfield Library’s book sale. The event marks the official start of summer each June.

The Topsfield Town Common District was added to the National Register of Historic Places in 1976.

The Town Hall and the Congregational Church stand on East Common Street.

The memorial stone stands on the common, opposite the Congregational Church.

The 1683 Parson Capen House stands near the common, at 1 Howlett Street.

The Joseph Emerson House, built in 1814, is today the Emerson Center of the Congregational Church. 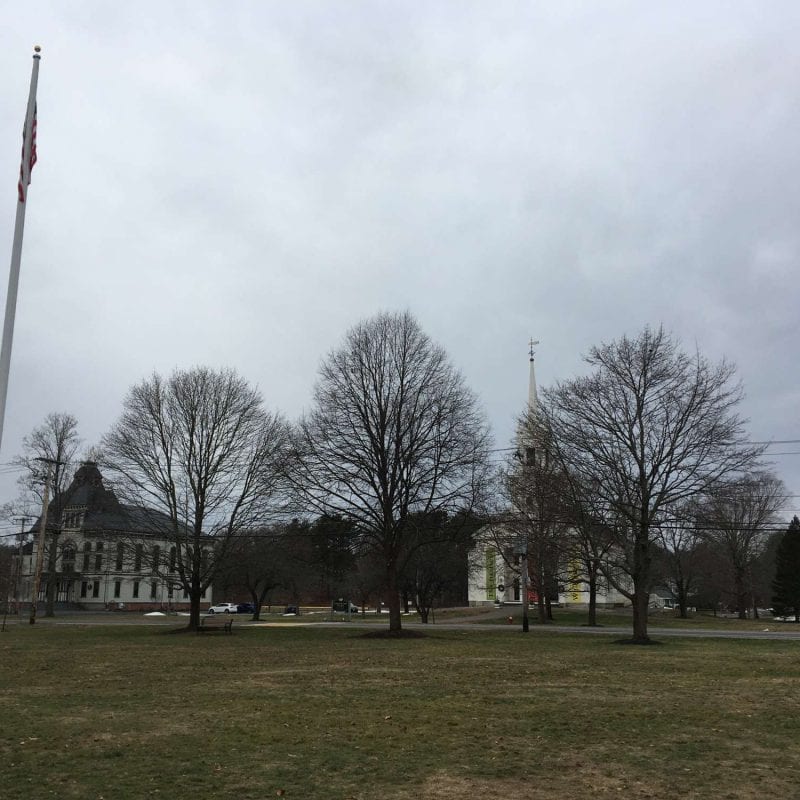 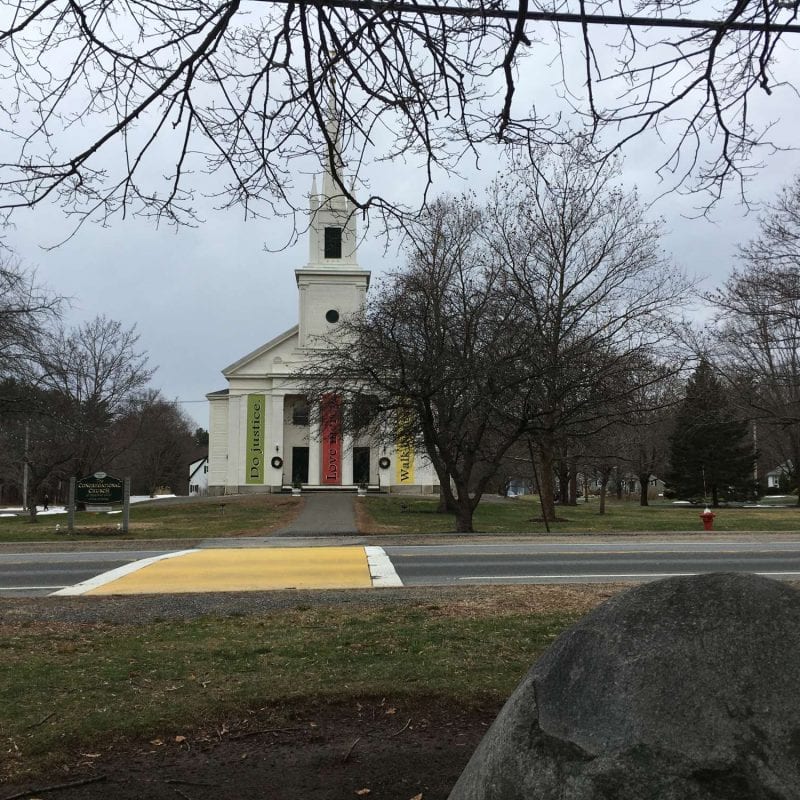 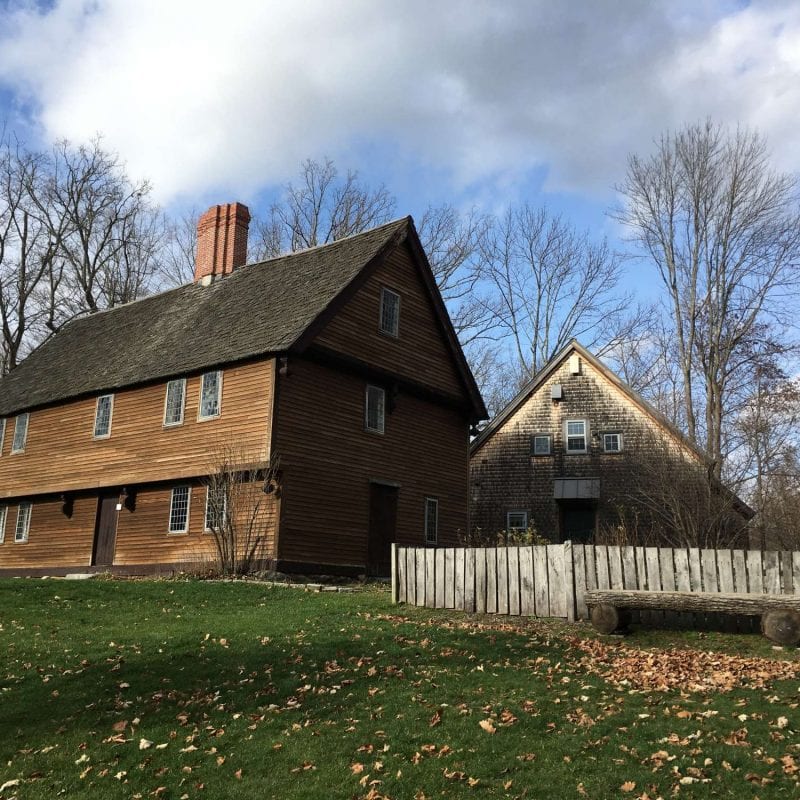 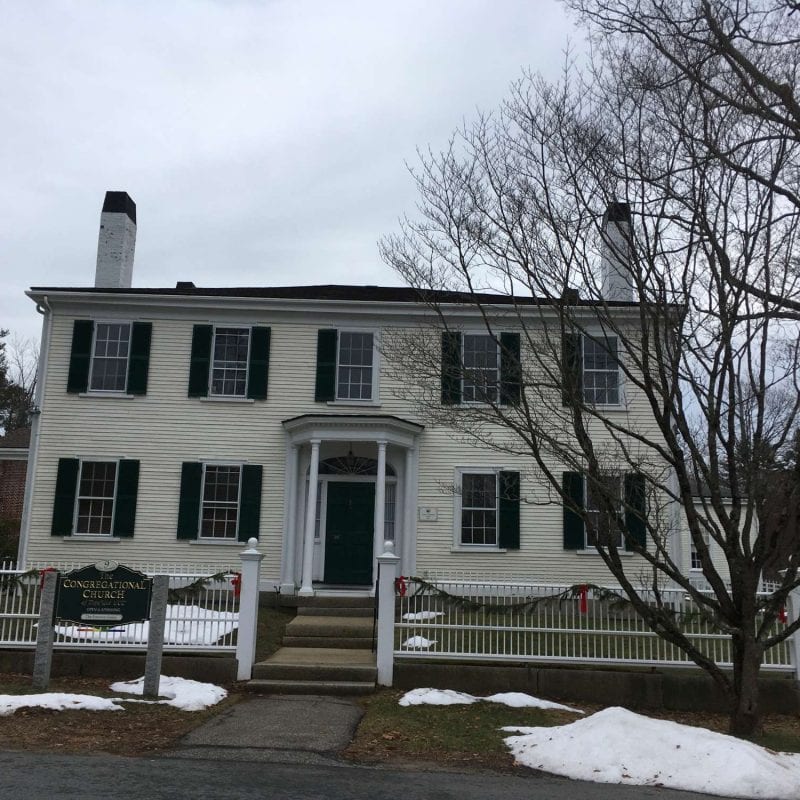