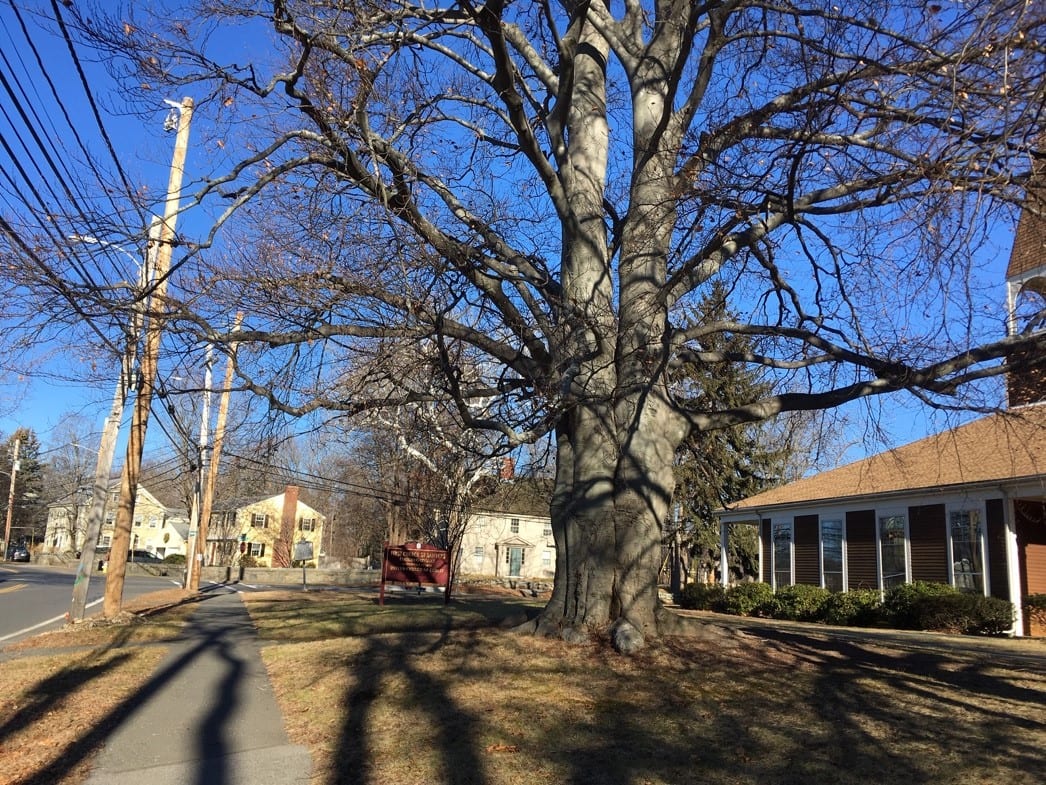 Salem Village was on the frontier and as such, it was necessary to keep constant watch for Native American attacks. Across the street from Ingersoll’s ordinary, on the same property of the modern 1980 church, is the site of the Village watch house, built in 1676. This was Nathaniel Ingersoll’s property and the highest point in the village. Historian Charles Upham noted that, “A sentinel was posted day and night, under his [Ingersoll’s] supervision.”

It has been suggested that some of the accused were held here before their examinations.

Across the street from Ingersoll’s ordinary, on what was then the highest point of land, stood the watch house.

Looking north on Centre Street toward intersection of Hobart Street. 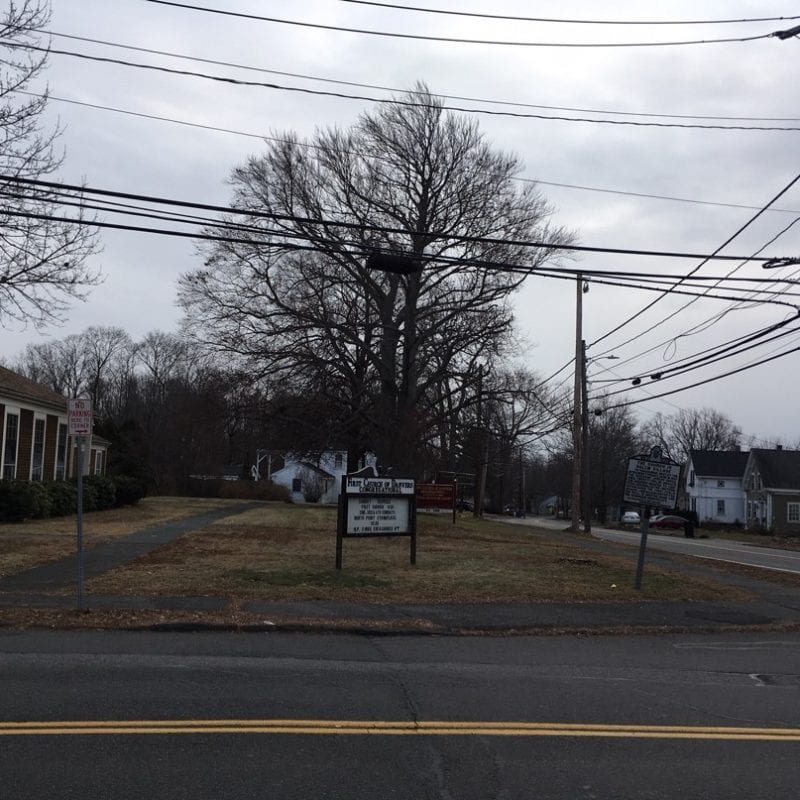 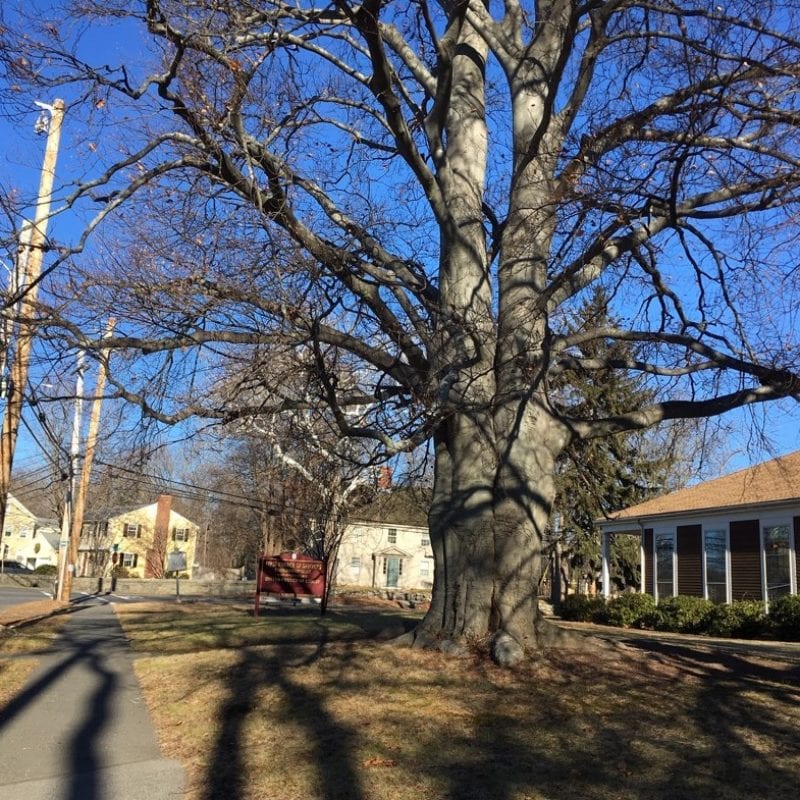