In 1692, Andover consisted of present-day Andover, North Andover, and the part of Lawrence that is on the south side of the Merrimack River. More people were accused of witchcraft in Andover than in any other Essex County town during the 1692 witchcraft trials.

More About Welcome to Andover

In 1692, Andover consisted of present-day Andover, North Andover, and the part of Lawrence that is on the south side of the Merrimack River. The community was established in 1642 by John Woodbridge and other English settlers from nearby Ipswich and Newbury. It was incorporated in 1646 and likely named after the English town of Andover, in the county of Hampshire, where some of the earliest settlers originated.

The center of the original town of Andover was on the northeast side, where the meeting house and burying ground were located (see North Andover for more information). By the early 1700s, families living to the south and west no longer wanted to travel the long distance to attend meeting, and so a South Parish Church and “burying-yard” were established in 1710, followed by a West Parish Church and burying ground in 1826.  In 1854, the south and west parishes together assumed the name Andover, while the north parish became North Andover.

Andover was home to several abolitionists, and had at least two stops on the Underground Railroad before and during the Civil War. Harriet Beecher Stowe, the author of Uncle Tom’s Cabin, lived in Andover for twelve years (1852-1864) while her husband, Reverend Calvin Stowe, was Professor of Sacred Literature at the Andover Theological Seminary. The house where they lived was relocated to 80 Bartlet Street in 1929. The couple, along with their son Henry, who drowned while a student at Dartmouth College, are buried in the Chapel Cemetery at Phillips Academy. Six hundred Andover men served during the Civil War. The Memorial Hall Library on North Main Street was built in 1873 in memory of the 53 men who died in that war.

Andover’s many waterways, including the Shawsheen River (alternate spelling Shawshin, meaning “Great Spring”) made the area ideal for the establishment of grist-mills, saw-mills, textile-mills, paper-mills and more, from the mid-1600s until the 1950s.  Brothers John and Joseph Ballard (who would both play roles in the witchcraft trials) were operating a mill on the Shawsheen River by 1689. In the 1920s, the American Woolen Company operated its mills in Shawsheen Village, listed since 1979 in the National Register of Historic Places.

Today, Andover is a prosperous community, with a population of approximately 36,500 people. It is bordered by the Merrimack River and Lawrence to the north; by North Andover to the northeast; by North Reading and Wilmington to the south; and by Tewksbury to the southwest. Route 28 is the main road from north to south, Routes 495 and Route 93 intersect in the western part of town, and Route 133 is another main thoroughfare.

Three people from Andover were hanged for witchcraft in 1692. Two, Martha Carrier and Samuel Wardwell, lived in present-day Andover, while Mary Parker lived in present-day North Andover. Five more Andover residents were convicted of witchcraft: the daughter of Andover’s Reverend Francis Dane, Abigail Faulkner Sr., who escaped execution because she was pregnant at the time of her conviction and was later reprieved; widow Ann Foster, who died in jail while awaiting execution; Reverend Francis Dane’s granddaughter, Elizabeth Johnson Jr., who was reprieved; Mary Lacy Sr., the daughter of Ann Foster, who was reprieved; and Sarah Wardwell, the wife of the executed Samuel Wardwell, who was convicted in January of 1693, but was reprieved by Governor William Phips. Altogether, 45 people from Andover were accused of witchcraft in 1692, more than any other Essex County town.

The Plan of Andover in the Province of Massachusetts Bay, Essex County, 1692, created by The Historical Societies of Andover and North Andover, was of enormous help in researching Andover sites.

Phillips Academy was founded in 1778.

The Memorial Hall Library was built in 1873.

The Memorial Hall Library was built in memory of the 53 Andover men who died in the Civil War. 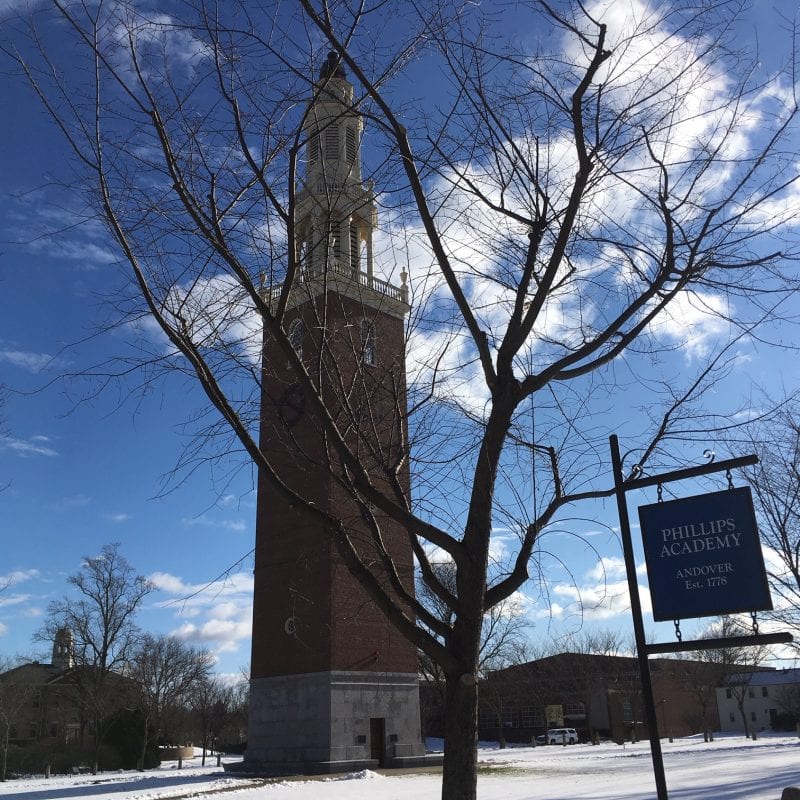 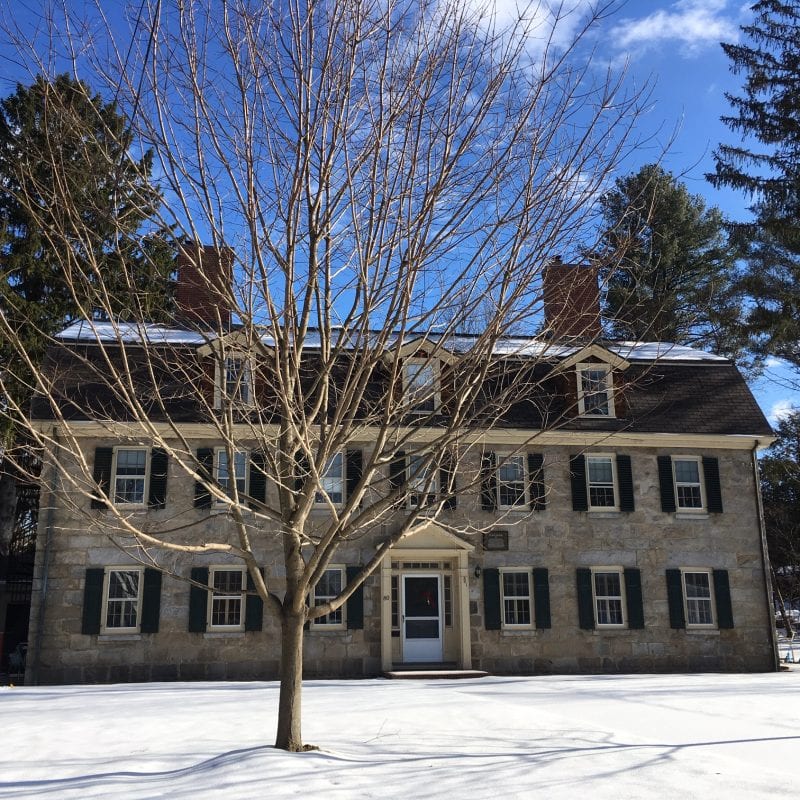 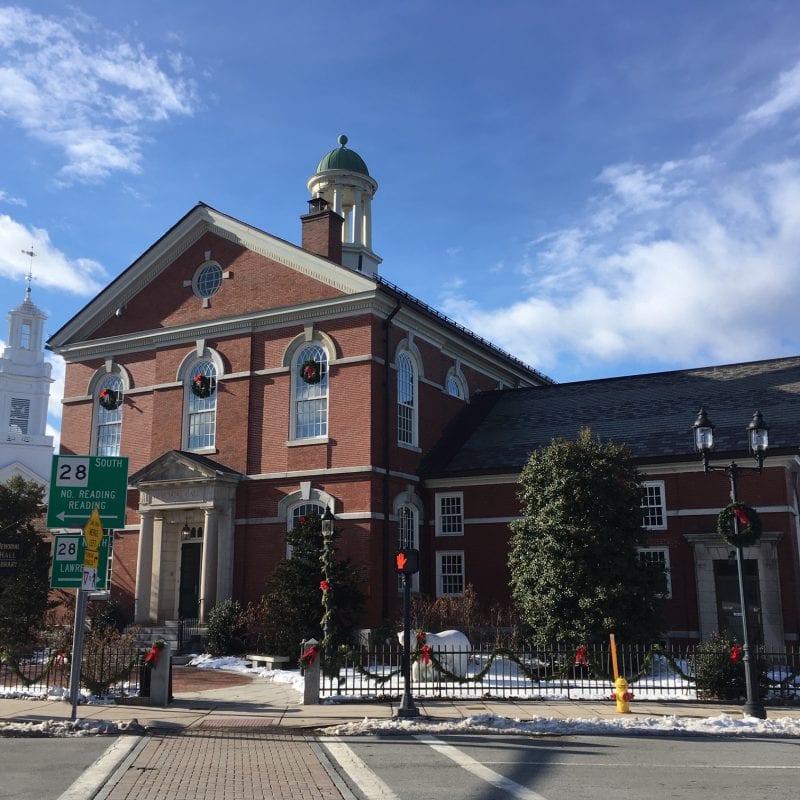 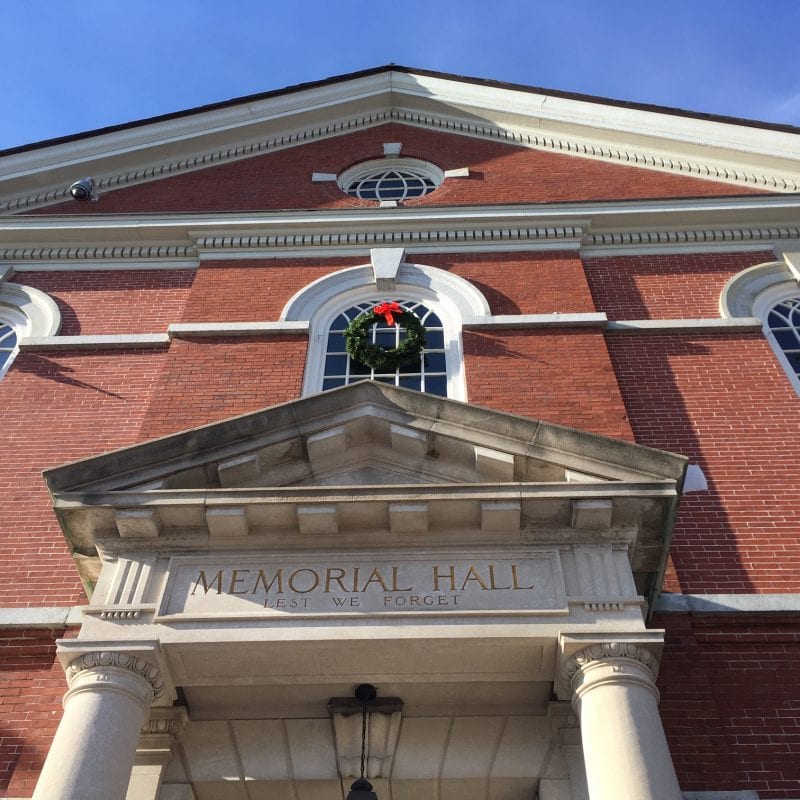