Rowley, Massachusetts was founded in 1639, on land “set off” from neighboring Ipswich.

More About Welcome to Rowley

Rowley, Massachusetts was founded in 1639, as was the First Congregational Church of Rowley. Both were led by fiery, Puritan minister Ezekiel Rogers, who had been a minister of the Church of St. Peter in Rowley, Yorkshire, England for seventeen years before he and more than twenty families emigrated to New England in 1638, first arriving in Salem, Massachusetts and wintering there. According to Thomas Gage’s The History of Rowley, published in 1840, “Before coming to Rowley, however, he [Rogers] had increased his company to about sixty families.” Most of the emigrants were cloth makers in England, and continued that work in their new home. The country’s first fulling mill (fulling is a process whereby the threads of newly woven wool are closed together, making the material oil-free, smooth, and ready for use) was established on the Mill River in Rowley in 1643 by Thomas Nelson, and then taken over by John Pearson in 1648 after Nelson died. Pearson is considered the “father of the milling industry” in America. He and other leaders in Ipswich were jailed for two weeks in 1687, for resisting the rules set by Royal Governor Edmund Andros after the Massachusetts Bay Colony charter was revoked by England in 1684.

The land Rowley inhabits was “set off” from Ipswich in 1639, five years after Ipswich was established. Originally Rowley included parts of present-day Byfield, Groveland, Georgetown, and Haverhill. Says Thomas Gage in The History of Rowley, “Having come from a place in England where water, it is said, was obtained with difficulty, they laid out their streets in such a manner, as that every person’s house lot should either join, or be of easy access to, that never-failing brook [Ox Pasture Brook] which runs through the parish, and their streets were, at first … laid out wide and commodious.” Today Rowley covers approximately 20 square miles. It includes several protected nature areas, including part of Plum Island and the Parker River National Wildlife Refuge. It is bordered by Newbury, Georgetown, Boxford, and Ipswich.

A few people who lived in Rowley were accused of witchcraft in 1692 — John Howard, who swept the meeting house; John Jackson Sr. and John Jackson Jr. (brother and nephew of Elizabeth (Jackson) How of Ipswich, who was hanged); Mary Post; and Margaret Scott. The elderly widow Scott was the only person from Rowley to be executed.

The Glen Mills Historic District, near the site of the first fulling mill in America.

The Training Place, established in 1639.

A view of Rowley Common.

The Rowley Historical Society is headquartered in the 1677 Platts-Bradstreet House. 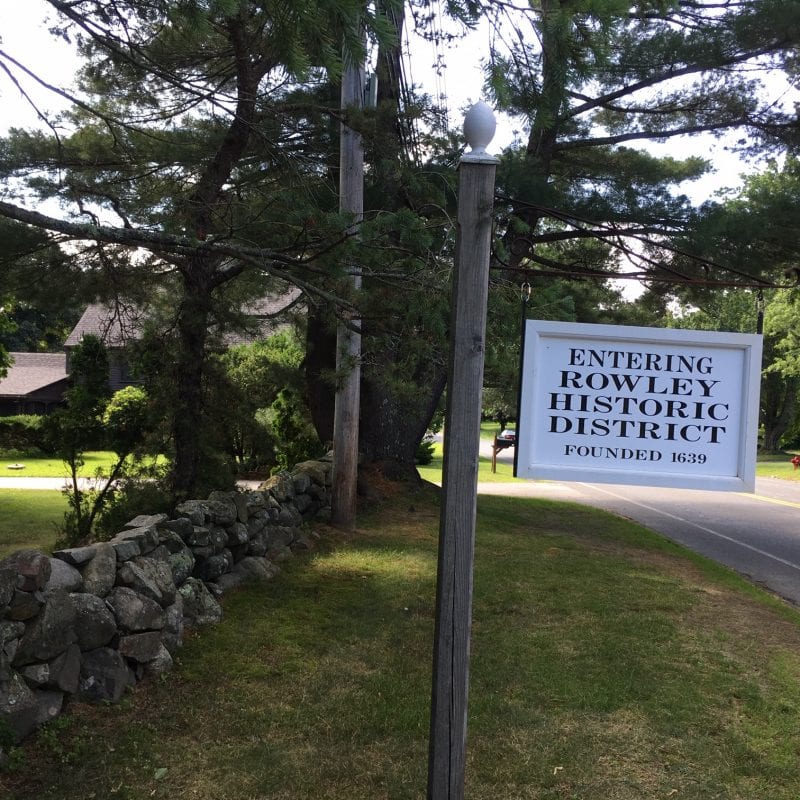 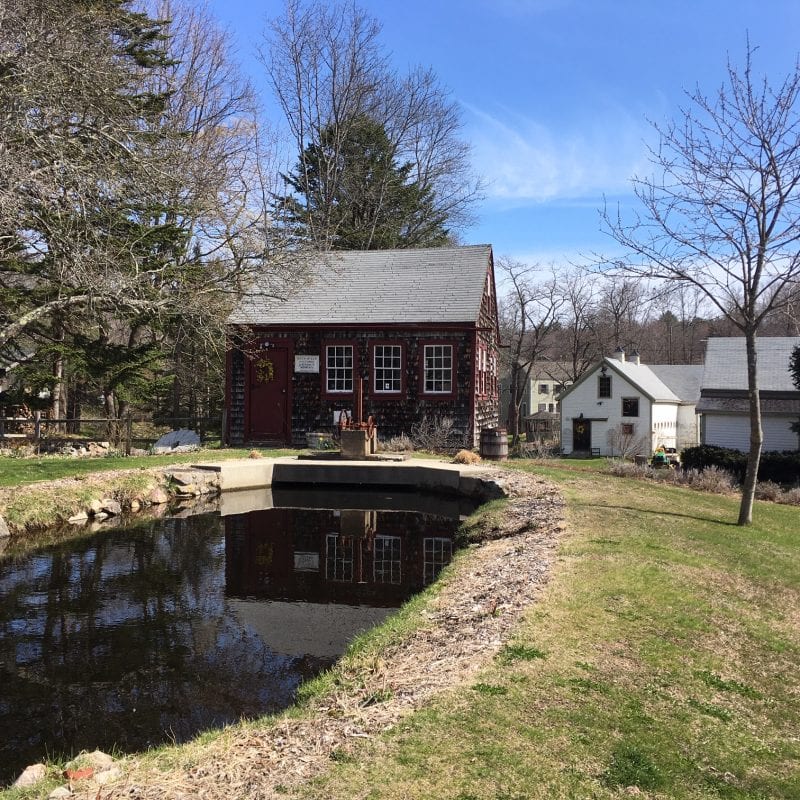 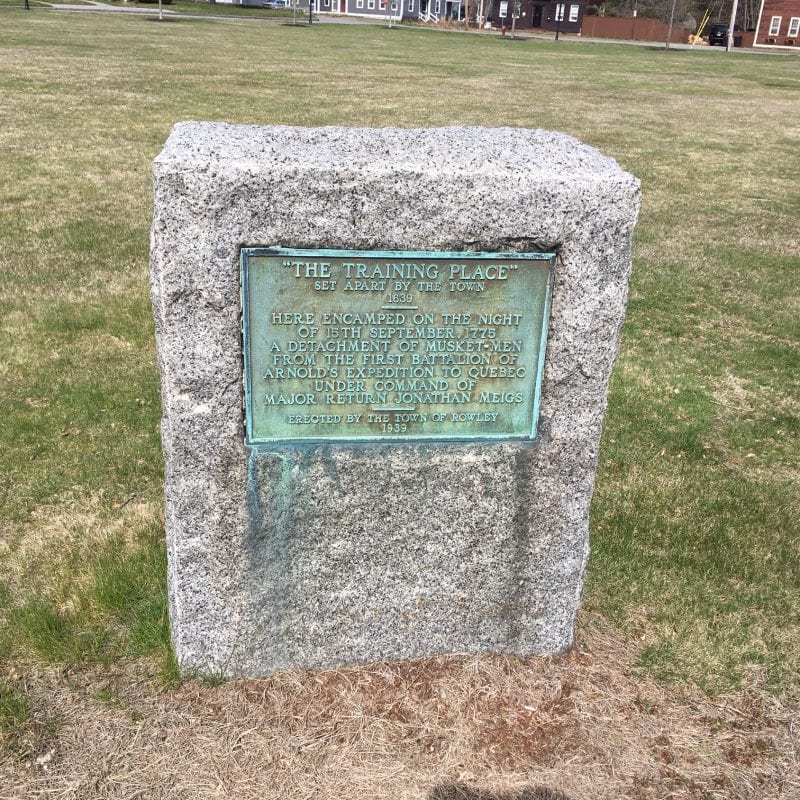 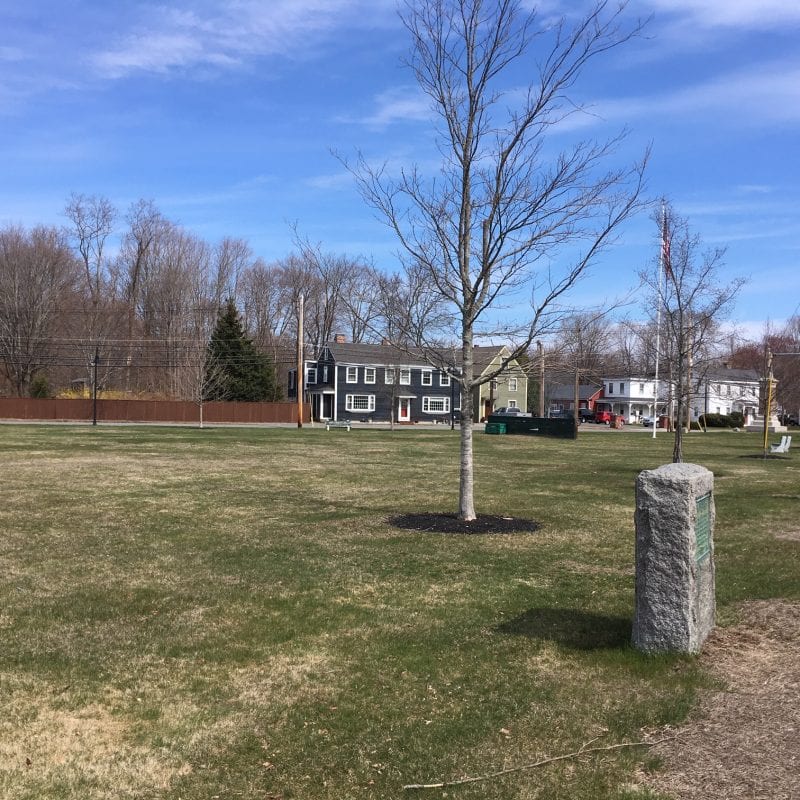 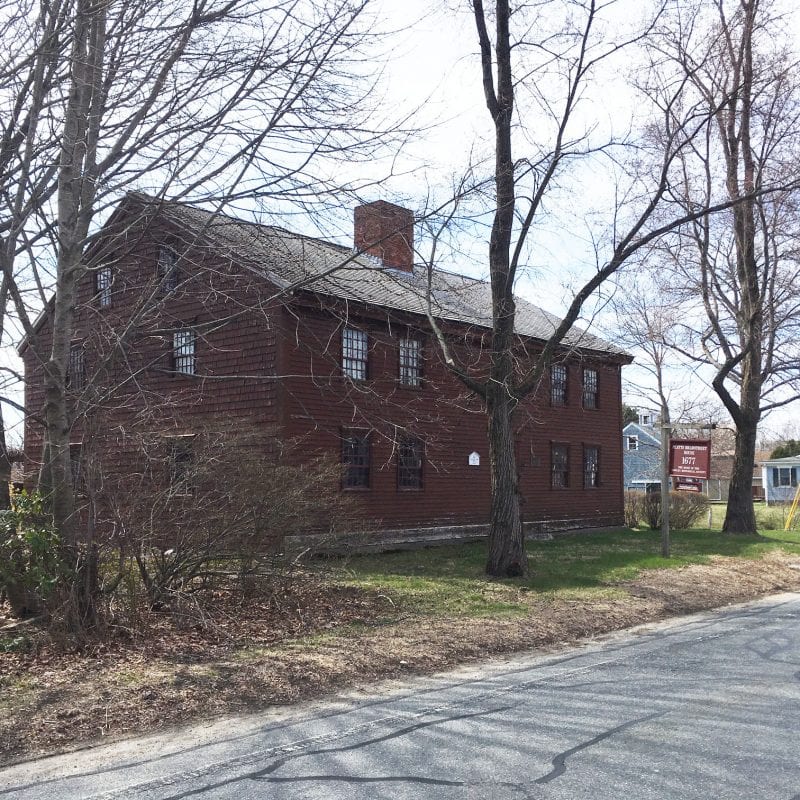