William Chandler ran an inn on the “way to Boston,” and was a neighbor of the Carriers, who were living with Martha Carrier’s mother, the widow Allen, in 1692.

Six members of the prominent Chandler family accused their Andover neighbors of witchcraft in 1692.

William Chandler, a blacksmith, operated an Andover inn on the opposite side of the road from the Widow Allen/Carrier property, with a license to sell “cider, beer, wine and strong liquor” granted in 1686. Living with William in 1692 was his second wife, Bridget, their eleven-year-old daughter Phebe, and, possibly, Phebe’s three older siblings and two younger siblings. Phebe Chandler was one of the first to accuse neighbor Martha Carrier of witchcraft. She claimed Carrier’s specter shook her at meeting. On another occasion, Phebe experienced swelling in her face and hand after hearing Carrier’s voice threatening to poison her. Phebe’s mother Bridget corroborated her daughter’s story. Later, William, his wife Bridget, and his brother Thomas (who accused Samuel Wardwell of witchcraft) had a change of heart. All three signed petitions in support of the accused.

Siblings William, Thomas, and Hannah were from the second generation of Chandlers. Their father was William Chandler who died in 1642 in Roxbury, MA where the family had settled after emigrating from England in 1637. Their mother Annis remarried John Dane of Andover in 1643. Dane’s son Francis would become the longtime minister of Andover in 1649. Thus, the reverend was the stepbrother of William and his siblings.

The intersection of Woburn Street and Abbot Street, near Pomps Pond (called Ballard’s Pond in 1692) seems to be the approximate location of the site of William Chandler’s Inn, according to the Plan of Andover of Massachusetts Bay Colony, Essex County, 1692. However, according to recent research by an Andover historian, deeds suggest William’s inn may have been farther south on “the way to Boston,” perhaps in the vicinity of Powers Road and Woburn Street (marked as “Henry Chandler” on the map). This would likely mean the Widow Allen/Carrier home was also father south, perhaps around Doric Way. Another supporting argument for this alternate location is that Martha’s son Thomas confessed to being baptized in the Shawsheen River, and her daughter Sarah confessed to being baptized in Andrew Foster’s pasture. Both of these are closer to this more southern site, than to the hilly location farther north.

The intersection of Woburn Street and Abbot Street today.

William Chandler's Inn may have been located near the present-day intersection of Woburn Street and Powers Road. 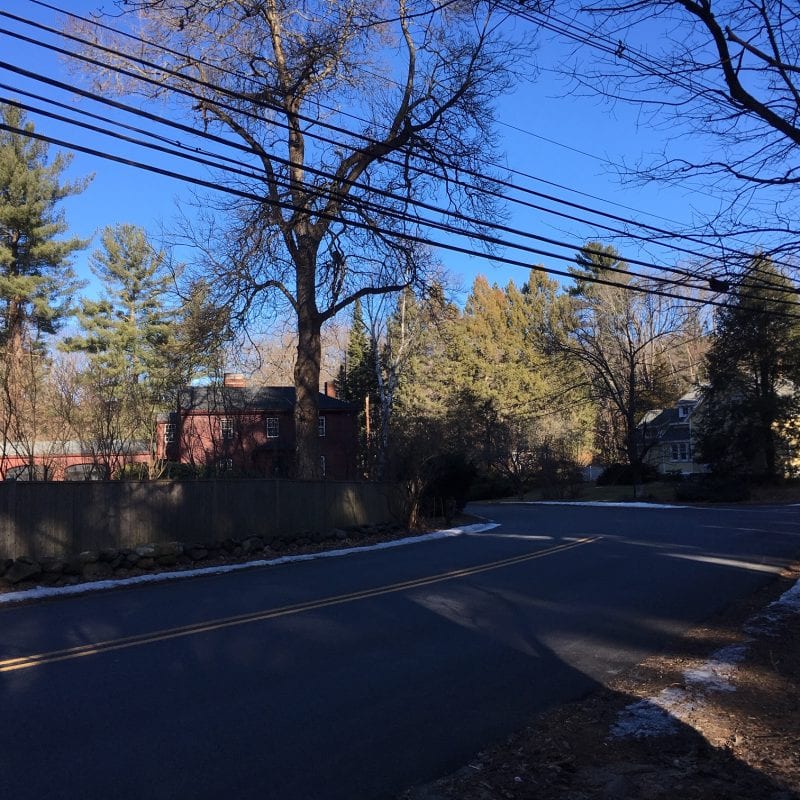 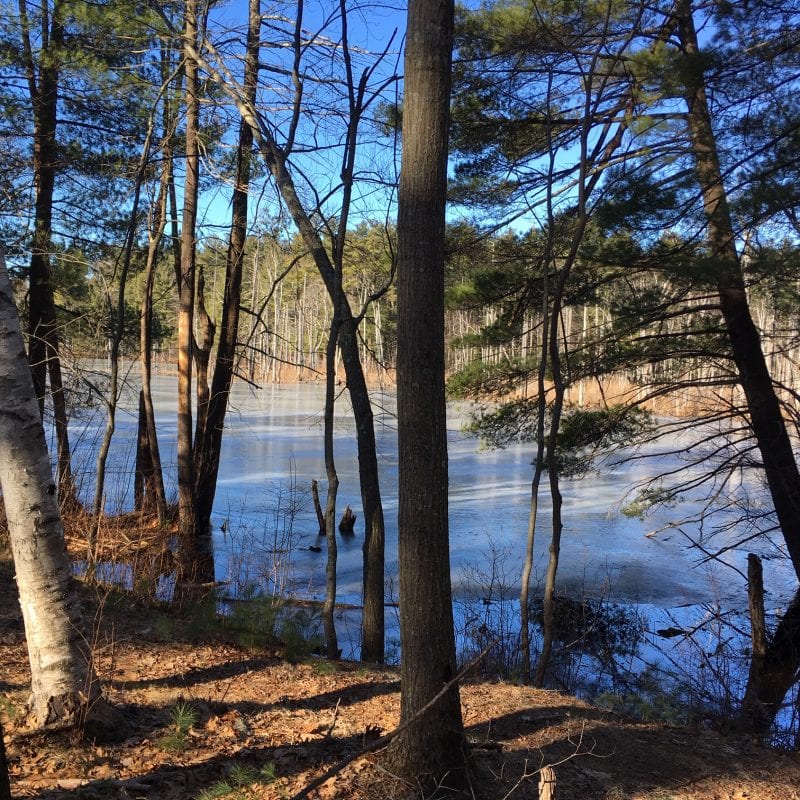 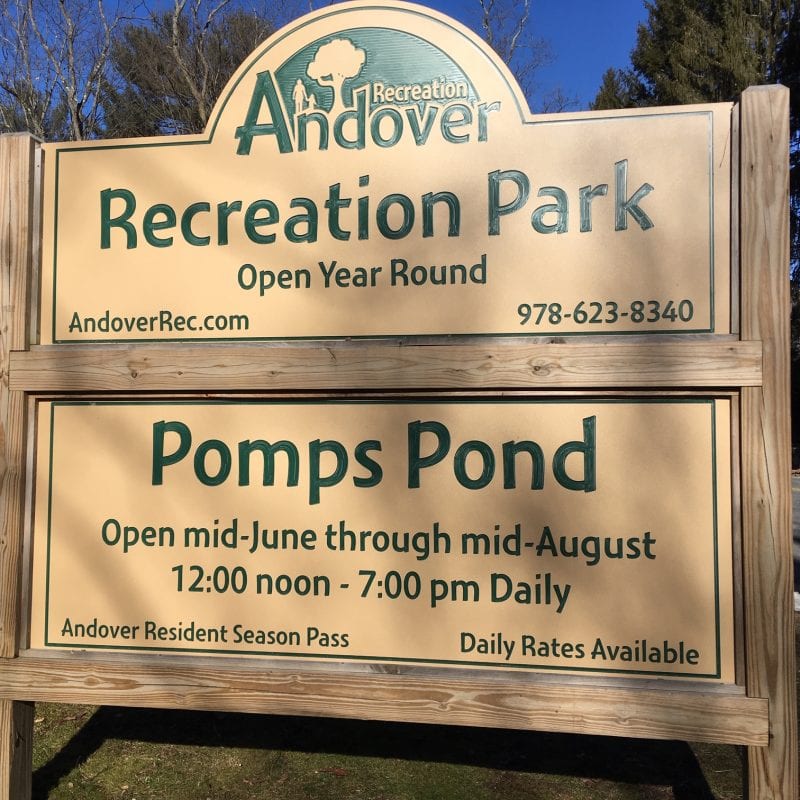 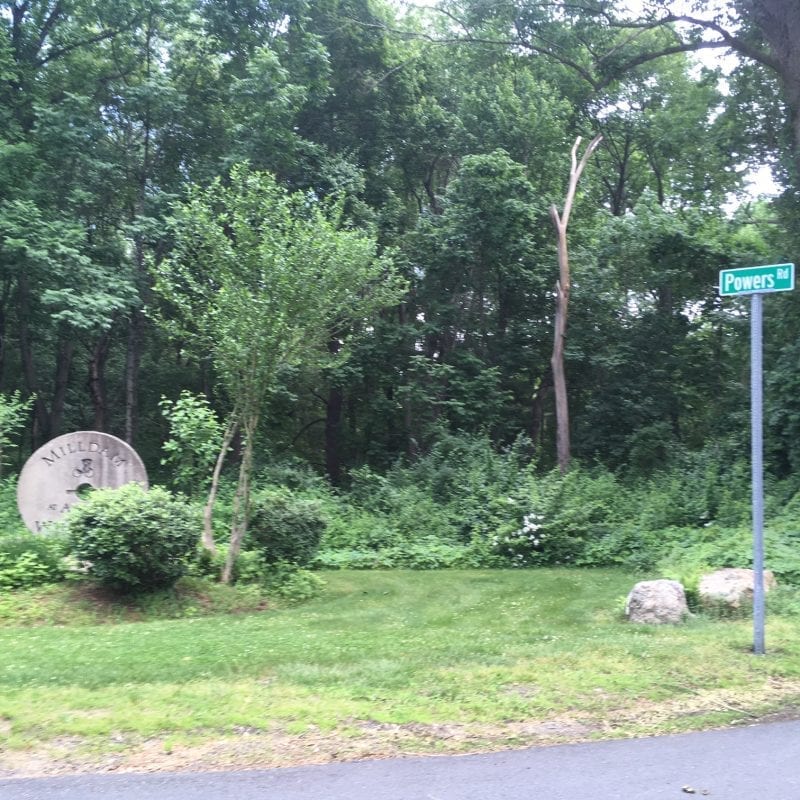 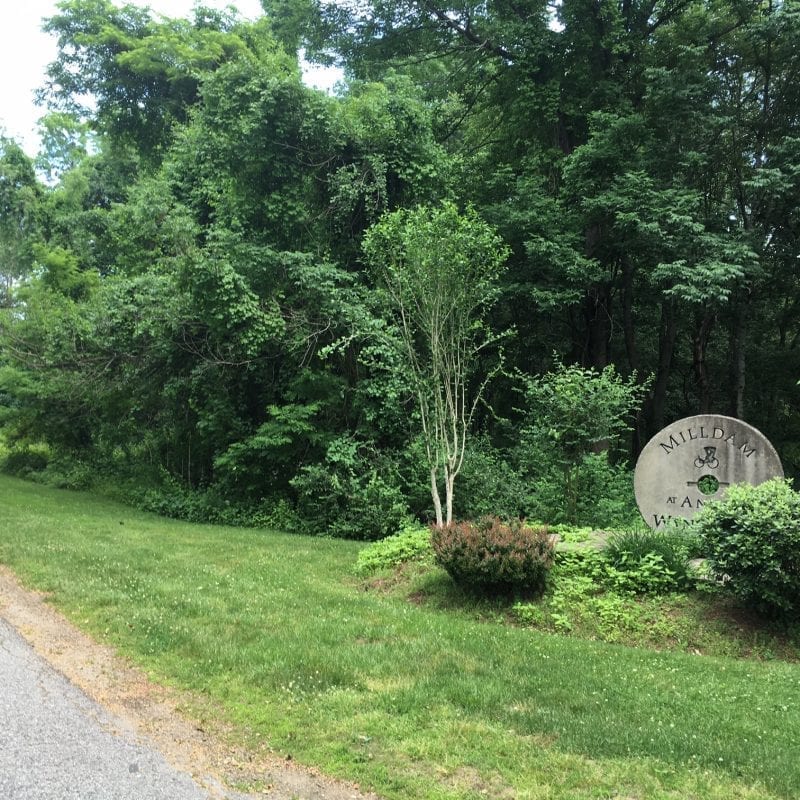