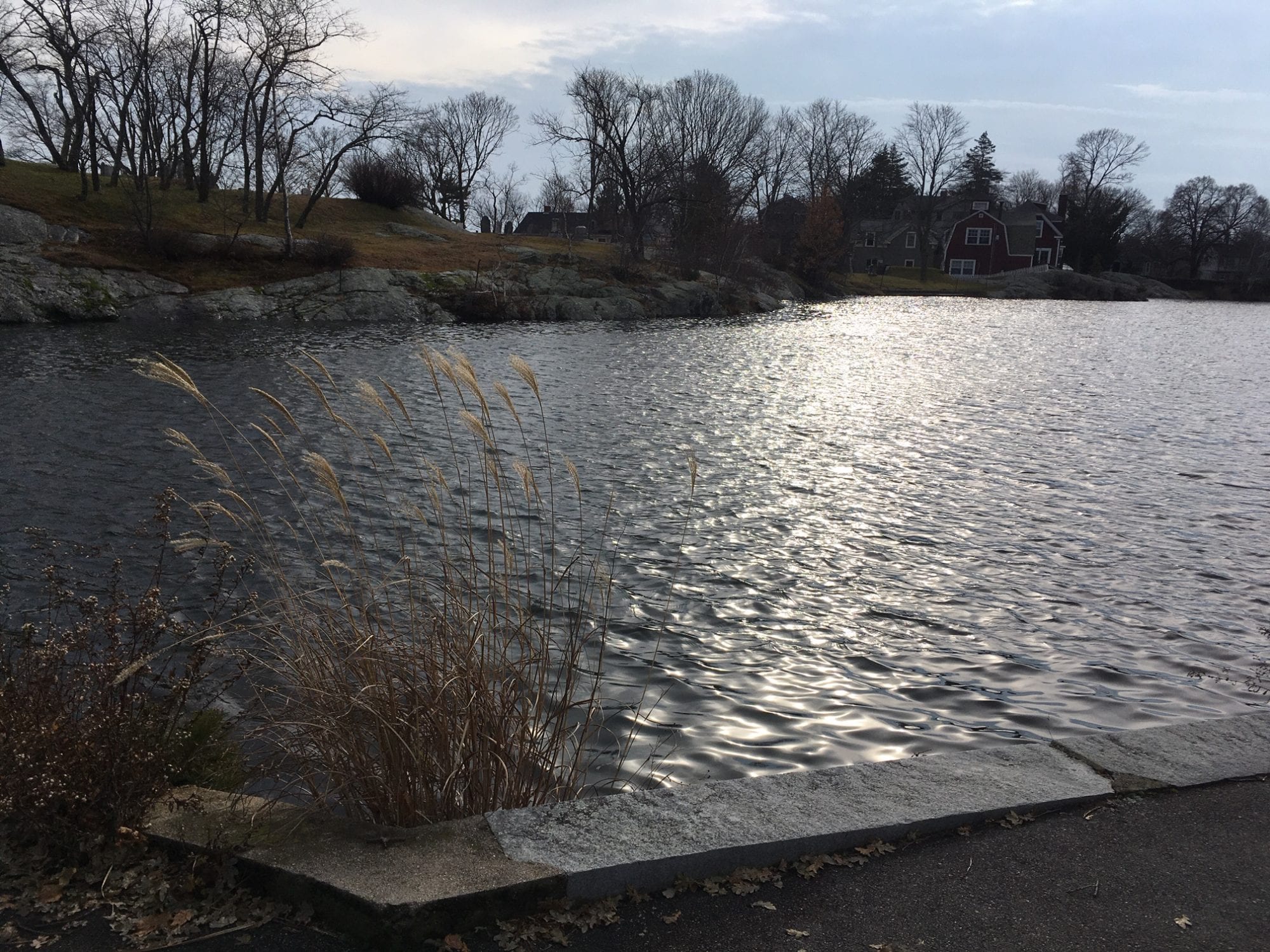 In 1692, Wilmott and Samuel Redd lived at the foot of Old Burial Hill, on the southeast corner of what is today called Redd’s Pond.

In 1692, the small house that Wilmott and Samuel Redd lived in was near Marblehead’s first meeting house, at the foot of Old Burial Hill, on the southeast corner of the pond that is today named after her, Redd’s Pond.

Little is known about Wilmott Redd, beyond what we can ascertain from the existing 1692 trial records. She may have been born in Marblehead. Her husband Samuel was a fisherman. It is thought she was in her 50s in 1692.  She was called “Mammy” Redd by her neighbors and had been the subject of gossip for years. She was of little means, doing odd jobs to help make ends meet, and yet had a “maid” named Martha Laurence living with her, who was to figure in the accusations that were brought against Redd.

Stories about Wilmot Redd were numerous. She was said to wish a “bloody cleaver” be found in children’s cradles, after which an image of a cleaver would appear and the child would sicken and die. Redd was said to make milk curdle and turn churned butter moldy, so that it looked like blue wool. These tales made Wilmott Redd a perfect target when witchcraft accusations began to spread beyond Salem Village.

May 26, 1692 was Lecture Day in Salem Village. At meeting, Mary Walcott, Mercy Lewis, and other afflicted girls claimed they were attacked by the specters of women from surrounding towns, including Goody Redd of Marblehead. How they knew of this poor and outcast woman from a town they had never visited is unclear, but one imagines her reputation was known to all and gossiped about at these weekly gatherings. An official complaint was filed on May 28.

When Wilmott was examined on May 31, the afflicted girls were “tormented” by Redd’s specter, who, they said, presented them with the Devil’s book. The afflicted were unable to approach Redd for the “touch test,” and so were carried to her to overcome their afflictions. The judges were relentless in their questioning – who did she think was tormenting her accusers if it wasn’t Redd herself? “My opinion is they are in a sad condition,” she said. Redd was held for trial.

After three and a half months spent in jail, under appalling conditions, Wilmott Redd was tried during the week of September 13, along with several suspects from Andover. Three witnesses from Marblehead testified against her, including Ambrose Gale, and his daughter, Charity (Gale) Pitman. Charity testified that, five years earlier, a visitor to Marblehead named Mrs. Syms had found some of her linens missing and blamed the theft on Redd’s maid, Martha Laurence. When Mrs. Syms confronted Redd and threatened to go to the authorities, Redd reportedly cursed her, saying Syms would not be able to urinate or defecate. According to Charity, the curse came true – “Mrs. Syms suffered blockage and ‘dry belly-ache’ for months and never did recover until she left the area.” Ambrose Gale confirmed his daughter’s account.

This one five-year-old story, plus the “afflictions” experienced by the girls at Redd’s examination, resulted in her conviction for witchcraft. She was found guilty on September 17 and hanged on Proctor’s Ledge at Gallows Hill on September 22, along with seven others. Reverend Nicholas Noyes was heard to say, “What a sad thing it is to see eight firebrands of Hell hanging there.”

It is not known what happened to Wilmott Redd’s remains. A memorial stone was erected in her memory in the Old Burial Hill cemetery in 1998, near the site of her 1692 home.

Wilmott Redd was among the last of the Salem witchcraft trials victims to have her name cleared, by legislation passed by the Massachusetts State Legislature in 2001.

The site of Wilmott Redd’s home is at the foot of Old Burial Hill, on the southeast corner of Redd’s Pond.

The southeast corner of Redd's Pond, at the foot of Old Burial Hill. 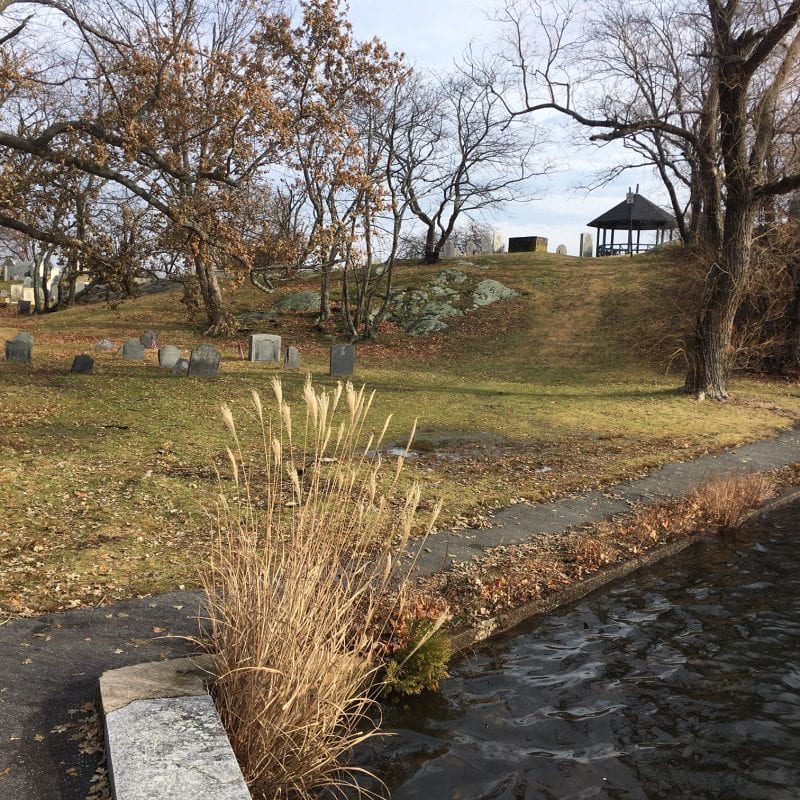 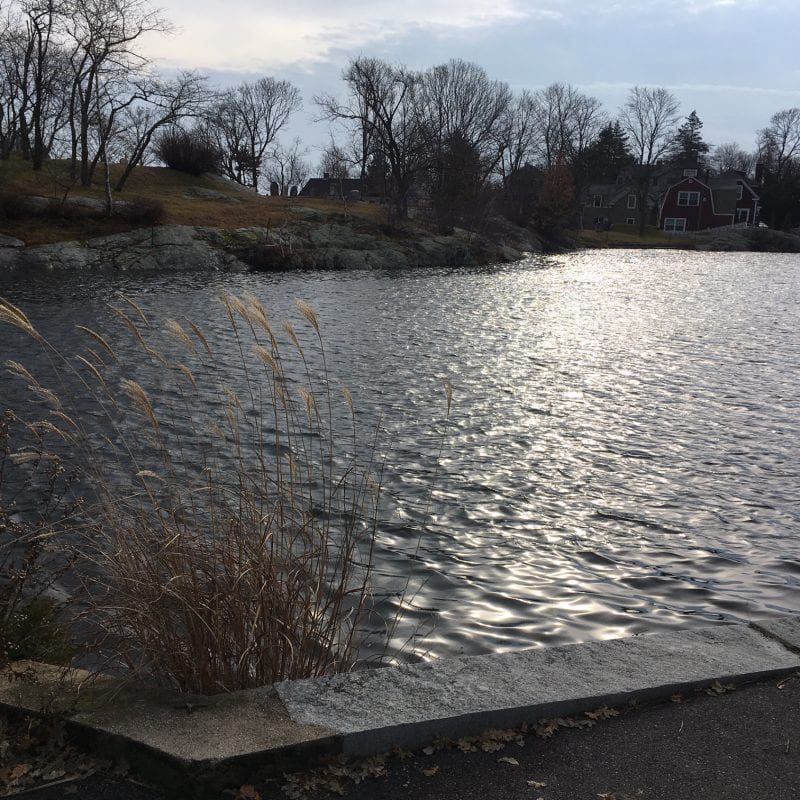 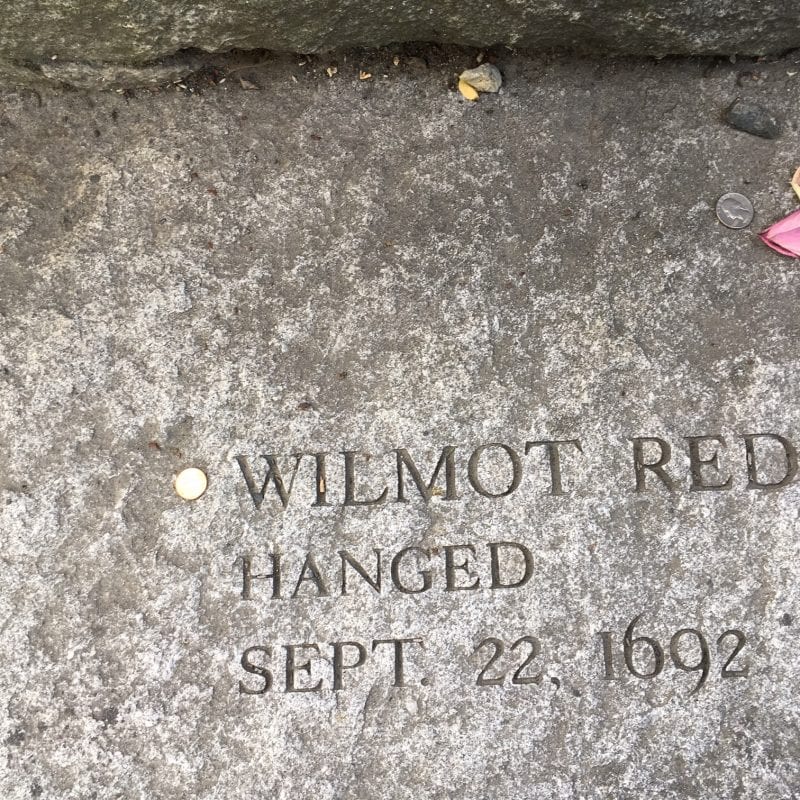