This cemetery was formerly known as the Old Putnam Burying Ground. Benjamin Wadsworth, the 7th minister of the First Church of Danvers (North Parish) which he served for 53 years, purchased it in 1826. It has been operated by the Wadsworth Cemetery Association since 1913.

Here is the gravestone of Elizabeth Parris, photographed in the winter of 2019. The inscription is barely perceptible.

Here is the gravestone of Reverend Joseph Green, photographed in the winter of 2019. The stone is barely legible.

Here is the gravestone of Joseph Green, photographed by Sherrie Kling in 2012. Used by permission. 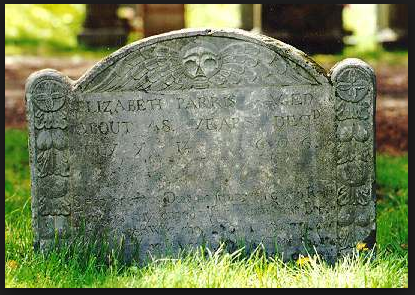 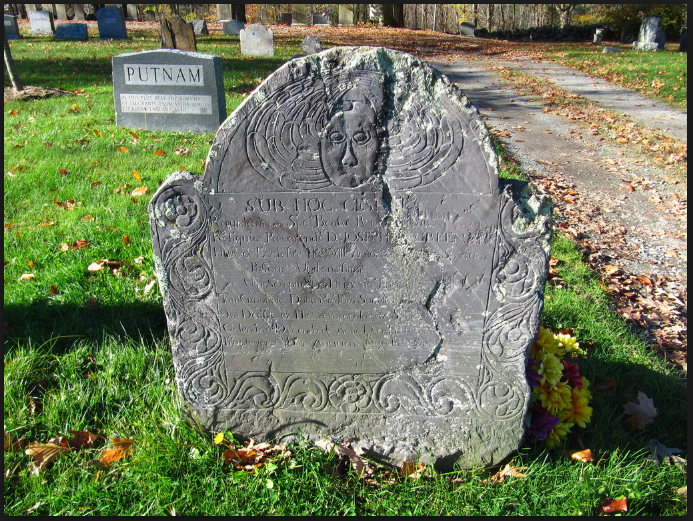